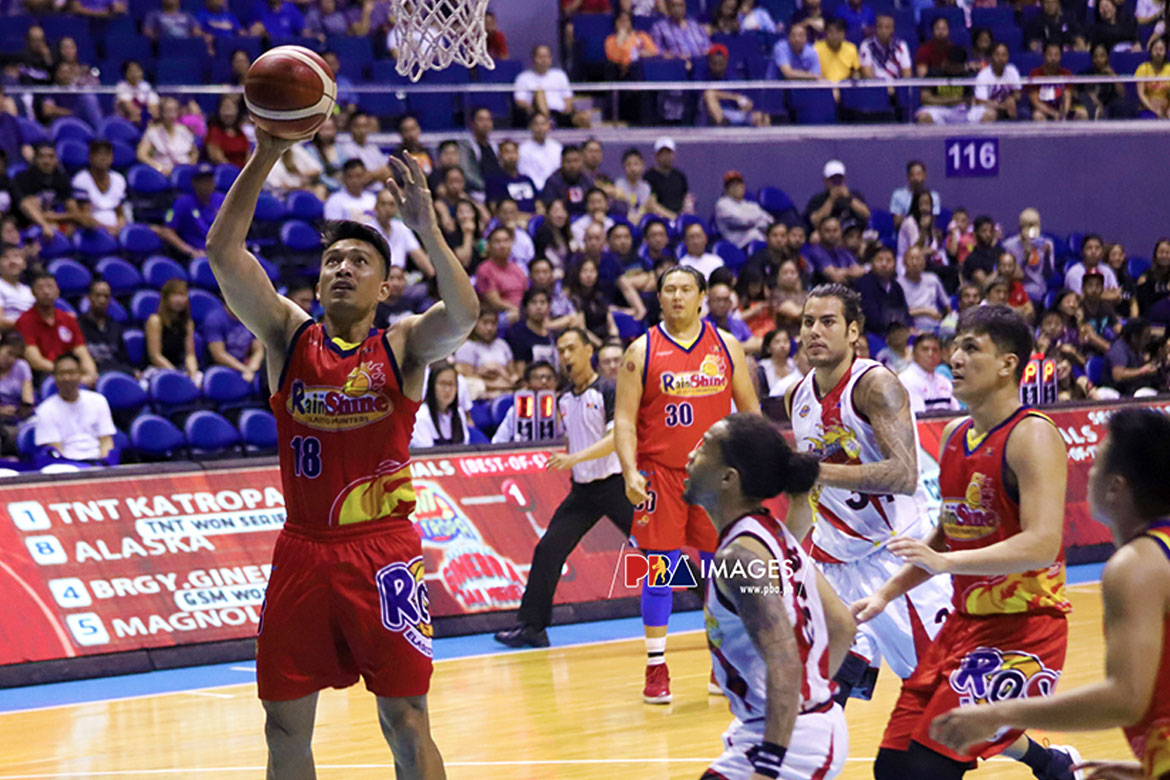 After over a month on the sidelines – no thanks to a groin injury – James Yap returned to the fold for the Rain or Shine Elasto Painters on Saturday, just in time for Game One of their 2019 PBA Commissioner’s Cup semifinal series against San Miguel.

The two-time league MVP last played back in June 23 in an 88-86 victory over the Columbian Dyip in Batangas City. He saw action for six minutes and 52 seconds, and produced five points on 2-of-4 shooting and two rebounds.

“I didn’t want to force them to long minutes.

“Yung rhythm nila, ibabalik pa muna nila,” said Garcia of both Yap and Ed Daquioag, who also returned after missing the last two games of their quarters clash with Blackwater.

Unfortunately, Rain or Shine were unable to give their returning brothers a fitting welcome. The Elasto Painters lost, 105-111.

Yap lamented how turnovers hurt the Elasto Painters the most, since they allowed the Beermen to redeem their sluggish start. Before that, Rain or Shine had already left them in the dust, 20-7, at the onset.

“Turnovers,” he said, as Rain or Shine committed 18 in the game, which led to 21 points for San Miguel.

But aside from turnovers, Yap hopes that the Elasto Painters will remain composed come the endgame. They had a chance when they knocked within one, 105-106, with 2:27 left – until Chris McCullough spoiled their plans.

After missed chance in Haining, Franky Johnson makes sure he gets to Jeddah

With Fajardo neutralized, Standhardinger steps up