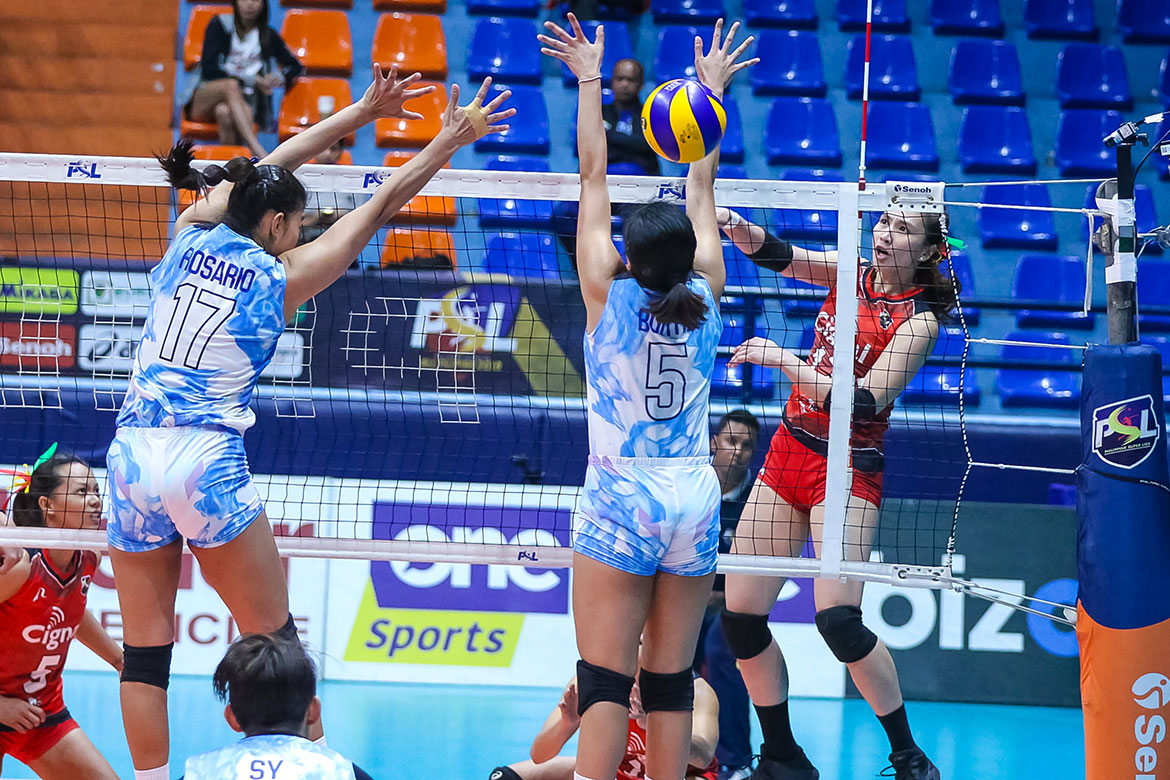 Rachel Anne Daquis and the Cignal HD Spikers bolstered their campaign in the 2019 PSL All-Filipino Conference after a four-set, 25-23, 21-25, 25-14, 25-21, triumph over the Foton Tornadoes Blue Energy, Thursday at the FilOil Flying V Centre.

As of posting, the HD Spikers have now tied Generika-Ayala in the fourth and fifth spots. Both teams hold an identical 6-5 card and are 0.5 games behind the third-seeded Tornadoes, who sport a 7-5 slate.

In a back-and-forth fourth frame, the match swung to a 19-all knot. Alohi Robins-Hardy, Jovelyn Gonzaga, and Mylene Paat then pushed Cignal ahead by three, 23-20. Though Marian Buitre denied Daquis to stop the bleeding, the Cignal skipper answered with consecutive hits to put the game away.

Daquis, a former Lady Tamaraw, finished with 18 points built on 13 attacks and three aces, on top of 25 excellent digs.

Tied at a set apiece following a tightly-fought affair in the early goings, Daquis commandeered a blistering rally that broke a 4-all lock and erected a 19-9 spread. Cignal then led by as much as 14 and never looked back to inch closer to the crucial victory.

On the other hand, Foton only had five players on the scoring column.

Dindin Manabat-Santiago exploded for 25 points off 23 attacks and two aces that all went for naught. Mina Aganon and Jaja Santiago had 11 and 10 points, respectively. The former contributed two blocks while the latter scored all of her points via spikes.