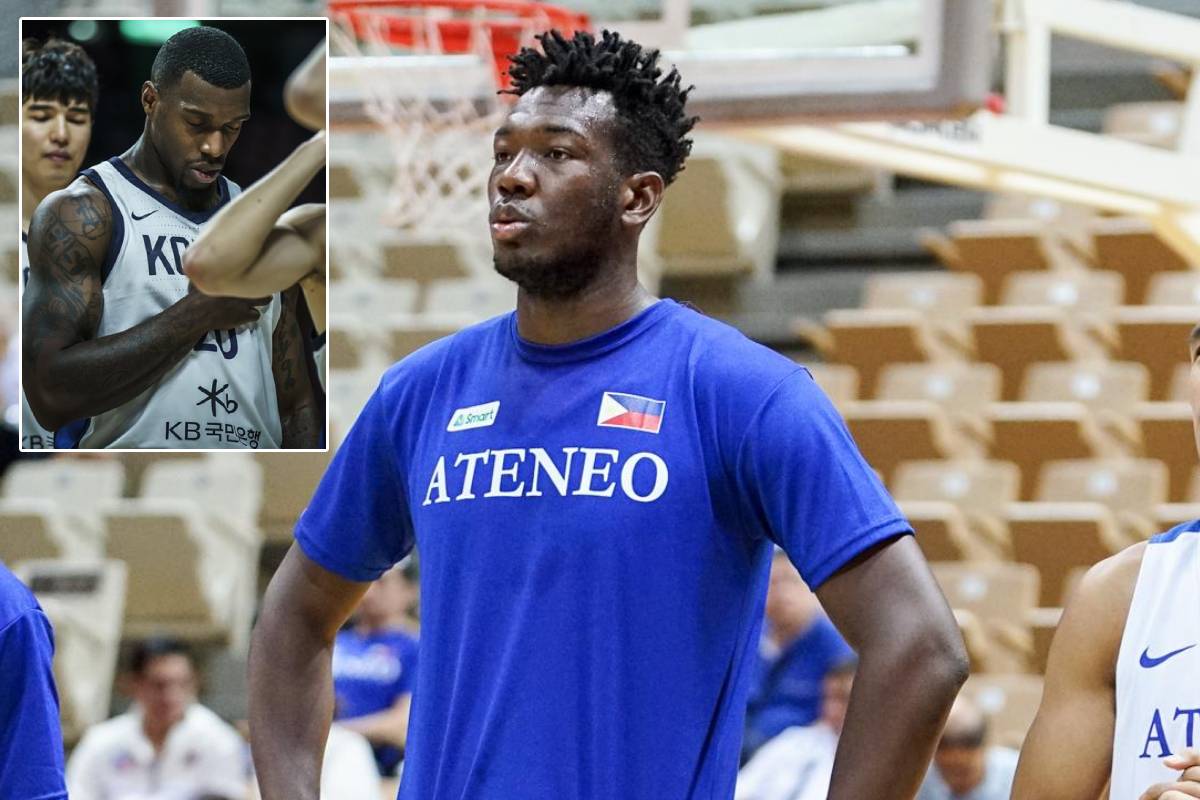 For the past three years, Ricardo Ratliffe — now known as Ra Gun-Ah — has faced numerous Philippine teams because of the William Jones Cup.

And so he is familiar with three of Gilas Men’s players who have been called up for the 2021 FIBA Asia Cup Qualifiers’ Clark window.

One of those players is Angelo Kouame, who — together with Mike Nieto and William Navarro — was part of the Ateneo-Pilipinas team that played in the 2018 Jones Cup.

“I played against him in the Jones Cup, and I’ve been keeping eyes on him to see his development since that was 2018,” said the 6-foot-8 Ratliffe about the 6-foot-11 recently-naturalized Filipino.

“He’s gotten a lot better. I’m looking forward to playing against him again.”

Back in July 16, 2018, Ateneo’s second assignment for the pocket tournament was South Korea.

Kouame, then fresh off high school, did not fall behind. He finished the game with 10 points and 16 rebounds. His highlights included a breakaway dunk and a spin cycle on Ratliffe that led to a layup.

“It’s been years since that game,” shared Ra. “He’s been putting in weight, he’s been studying teams and studying our team.

“I look forward to playing against them and see how much they improved since then.”

It’s not just Gilas who will bring in a young squad for the final window, but also South Korea.

Even with just three years of experience with the South Korean national team, he became skipper of the squad.

And with the two rival programs on the rebuild, Ra is looking forward to the showdown on Wednesday.

“We’re two up-and-coming teams, two young teams, so I’m looking forward to being a part of it.”