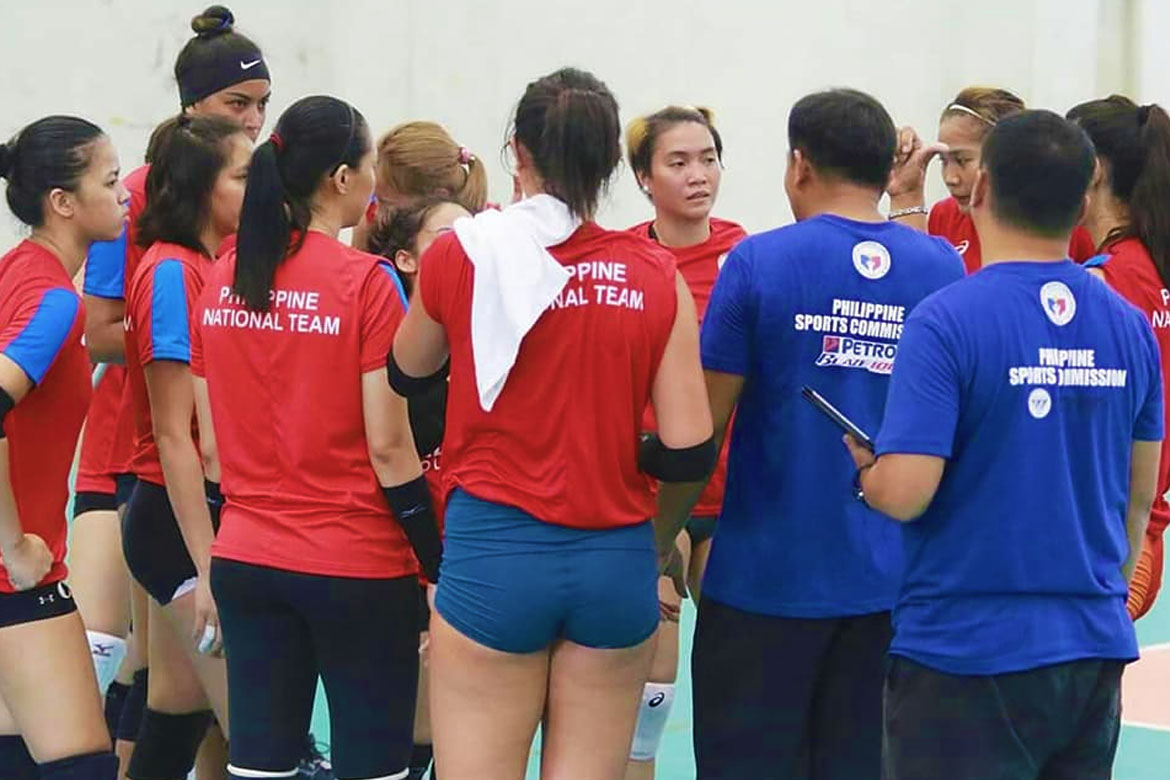 The Philippine Women’s National Volleybal Team is set for some quick-fire action with two pocket tournaments lined up in preparation for the 30th Southeast Asian Games.

Larong Volleyball sa Pilipinas Inc. secretary-general Ariel Paredes disclosed that the Philippines will host the second leg of the SEA Grand Prix, which is slated to run from November 4 to 6 at the Sta. Rosa Gym in Laguna.

“It will be a good chance for our team para ma-gauge ‘yung mga kalaban nila sa SEA Games,” bared Paredes in the Philippine Sportswriters Association Forum on Tuesday at the Amelie Hotel Manila.

Paredes then announced that the country will also host the Philippine Superliga Super Cup on November 5‬, 7, and 9. The tournament will see the Nationals pitted against University of Tsukuba from Japan and two PSL All-Star teams.

The pair of selection squads from the PSL will be comprised of outstanding players in the Invitation Cup. Moreover, the fans can also cast their votes for the members of the teams, as per Paredes.

For now, the Filipinas are gearing up in Thailand for the first leg of the SEA Grand Prix in Nakhon Ratchasima, which fires off from September 20 to 22.