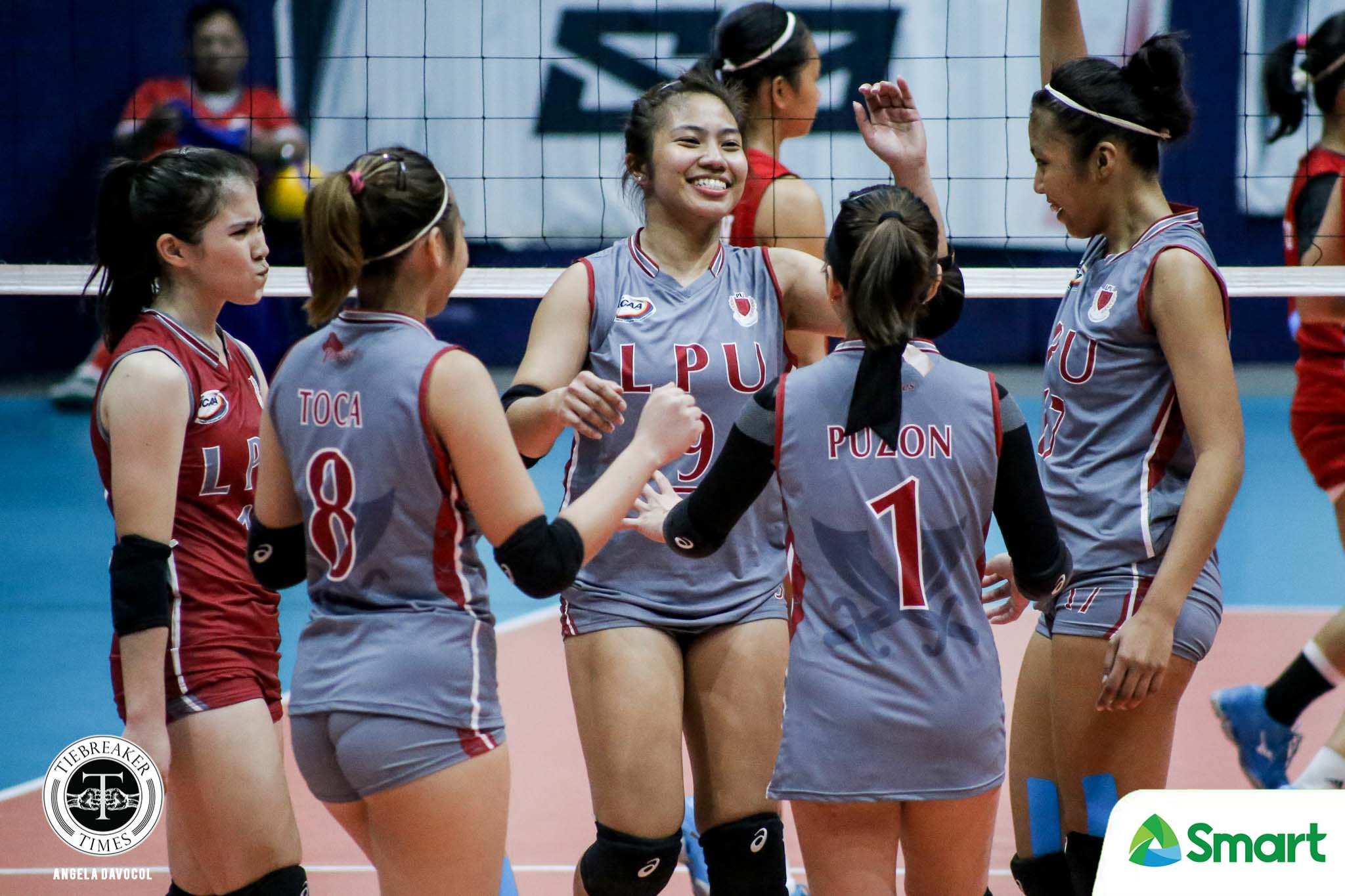 Lyceum of the Philippines University rode the momentum of its breakthrough win three days ago, making swift work of Emilio Aguinaldo College, 25-18, 25-17, 25-15, in the NCAA Season 95 Women’s Volleyball Tournament, Tuesday at the FilOil Flying V Centre.

The Pirates have strung consecutive victories after a three-game slump to start the season. With this, they are now within range of contending for a spot in the Final Four with a 2-3 card at solo fifth.

First-year playmaker Venice Puzon set the tone for the Lady Pirates. She orchestrated the offense to the tune of 15 excellent sets while letting loose four service aces late in the decisive third frame to seal the deal.

The Lady Generals, on the other hand, remain winless in four matches.

Cathrine Almazan was the lone twin-digit scorer for EAC with 12 points off three blocks laced with nine digs. Lauren Cabrera and Krizzia Reyes chipped in nine and seven markers, respectively.

Lyceum will try to sustain its winning momentum when it collides with Letran on Friday, January 31. Meanwhile, EAC will seek to snap out of its long dry spell when it faces JRU a day before. Both matches will be held at the same venue.