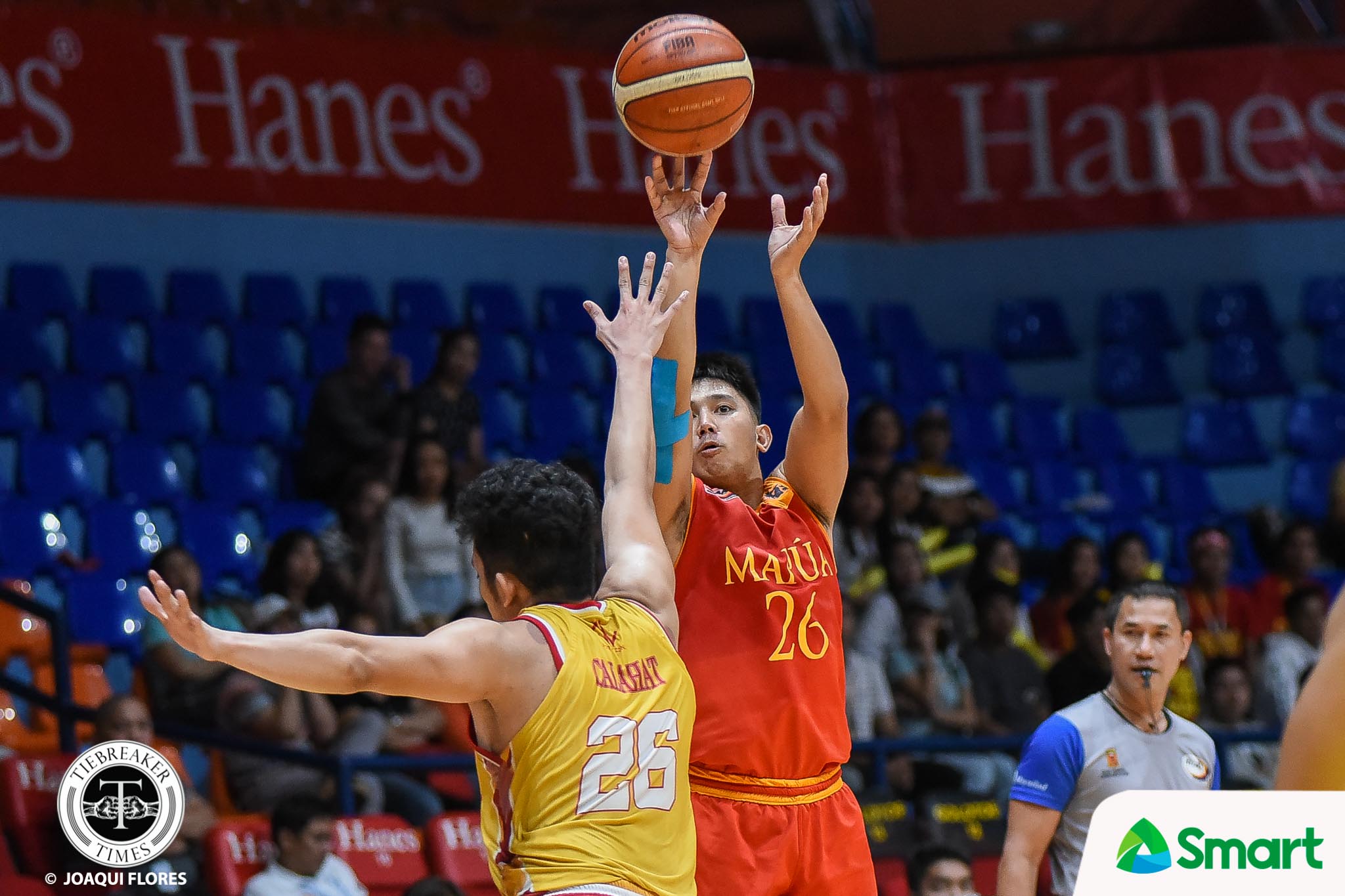 Not wanting to leave its fate to chance, Mapua did its job, picking apart San Sebastian in the NCAA Season 95 Seniors Basketball Tournament, 90-73, Thursday at the Filoil Flying V Centre.

With just one game left in their calendar, the Cardinals raised their record to 8-8, just a full game behind the fourth-running Stags, who dropped to 9-7.

But for Mapua head coach Randy Alcantara, it doesn’t matter if they make it to the Final Four or not. What matters is that he develops a winning mindset to his team.

Mapua though needed to dig deep late when San Sebastian rallied back late.

Up by as much as 17 points, the Cardinals saw their lead dwindle down to six, 72-66, midway through the final frame.

Noah Lugo though took charge, showing his entire arsenal in a 9-2 spurt to breakaway from the Stags.

Lugo had 22 points built on five triples to go along with four dimes and two steals.

San Sebastian, who was without Alvin Capobres for the game, had RK Ilagan and Allyn Bulanadi lead the way. The former had 19 points while the latter added 18.

However, the rest of San Sebastian shot just 11-of-33 from the field.

Mapua plays its final game of the elimination round on Thursday, October 18 versus the Perpetual Altas. San Sebastian, on the other hand, plays its penultimate game on Tuesday against the Arellano Chiefs.