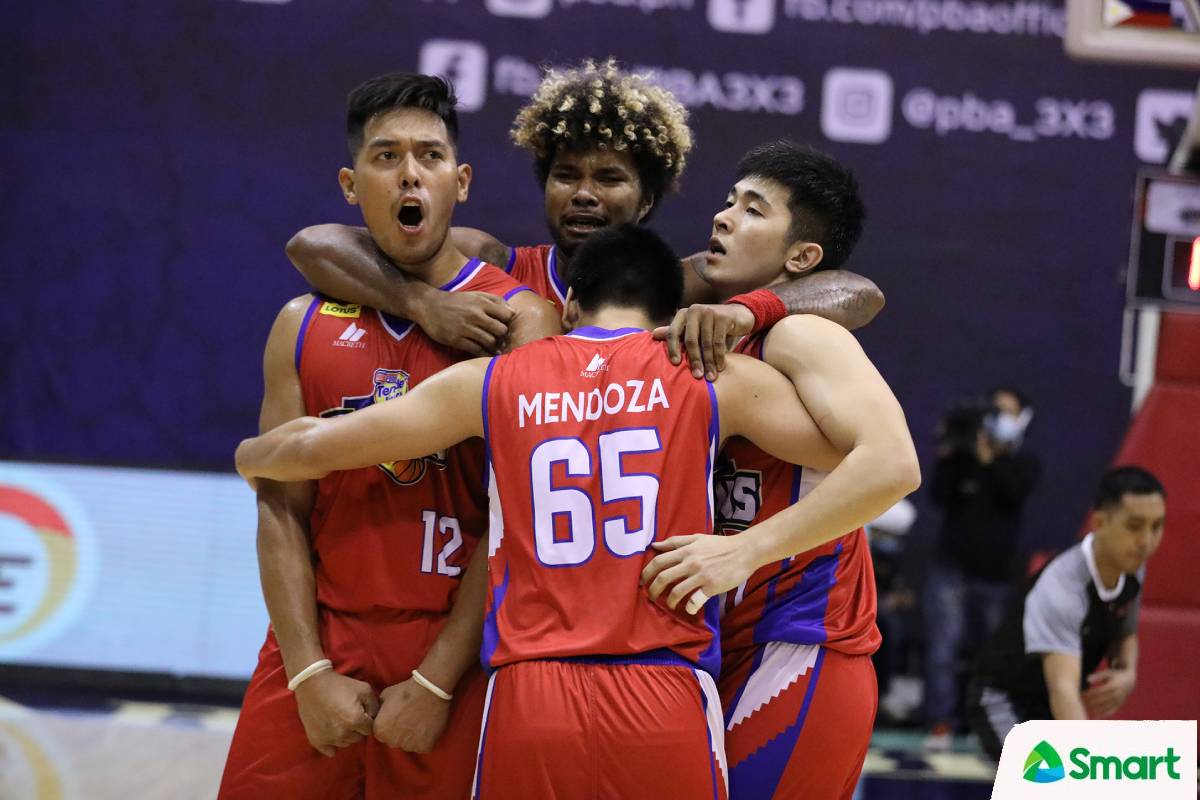 Purefoods has the chance to become the first PBA 3×3 back-to-back champions as the fifth leg opens this Saturday at the Ynares Sports Arena in Pasig.

The quartet of Joseph Eriobu, Jun Bonsubre, Pao Javelona, and Jed Mendoza ruled Leg 4 after outlasting Meralco, continuing what has become the trend in the upstart league wherein a new team emerges victorious after each stop.

But they could change all that in the upcoming hostilities, although that won’t definitely be a walk in the park given the challenge in front of them.

The Tender Juicy Titans are grouped in the five-team Pool A, together with Limitless App, Pioneer, NorthPort, and Zamboanga.

Both the Appmasters and the ProTibay impose big threats, given that the two have become contenders since the first leg. And the latter sure has an ax to grind versus Purefoods for that 15-20 loss in the Leg 4 quarters.

That’s not to say, though, that the Batang Pier and the Valientes are pushovers, with both teams raring to win after another disappointing campaign.

The Titans will open Pool A action against NorthPort at 8:00 a.m., followed by Zamboanga’s clash with Limitless at 8:25 — the halfcourt tilt is set to open in the morning starting Saturday to give way for the Governors’ Cup.

The Bolts have somehow become regulars in the title picture. Their Leg 4 Finals trip was actually their third already, and that’s the reason why the MVP Group-owned ball club remains atop the league standings with 310 tour points.

Per FIBA 3×3 standards, 100 points are awarded to teams who emerge as champs after one leg, with 80 to second-placers. Meralco has two bridesmaid finishes and one fifth-place campaign, which accounts for 50 points.

So, eyes are on the Orangemen if they could keep their place on top of the leaderboards, which will be crucial for the Grand Finals.

The top 10 teams after six legs will head into the Last Dance, with the top four squads already seeded in the knockout quarterfinals. The bottom six, meanwhile, will battle it out to complete the playoff picture.

Meralco, who has accumulated P 200,000 from its winnings so far, will commence Pool B play against the struggling Gin Kings at 8:50 a.m.

The Tropang Giga are the Leg 4 third-placers after beating Platinum. And they did so despite rehashing their lineup by subbing in Martin Gozum for the injured Jeremiah Gray, who’s ruled out of the season due to an ACL tear.

The flagship MVP franchise will also be watched upon if it could remain at second or sit atop the standings again. It is trailing Meralco with 260 points.

Pool C play will commence with a meeting between Platinum – a team looking to return to the finals since the second leg – and the Beermen at 8:50 AM.