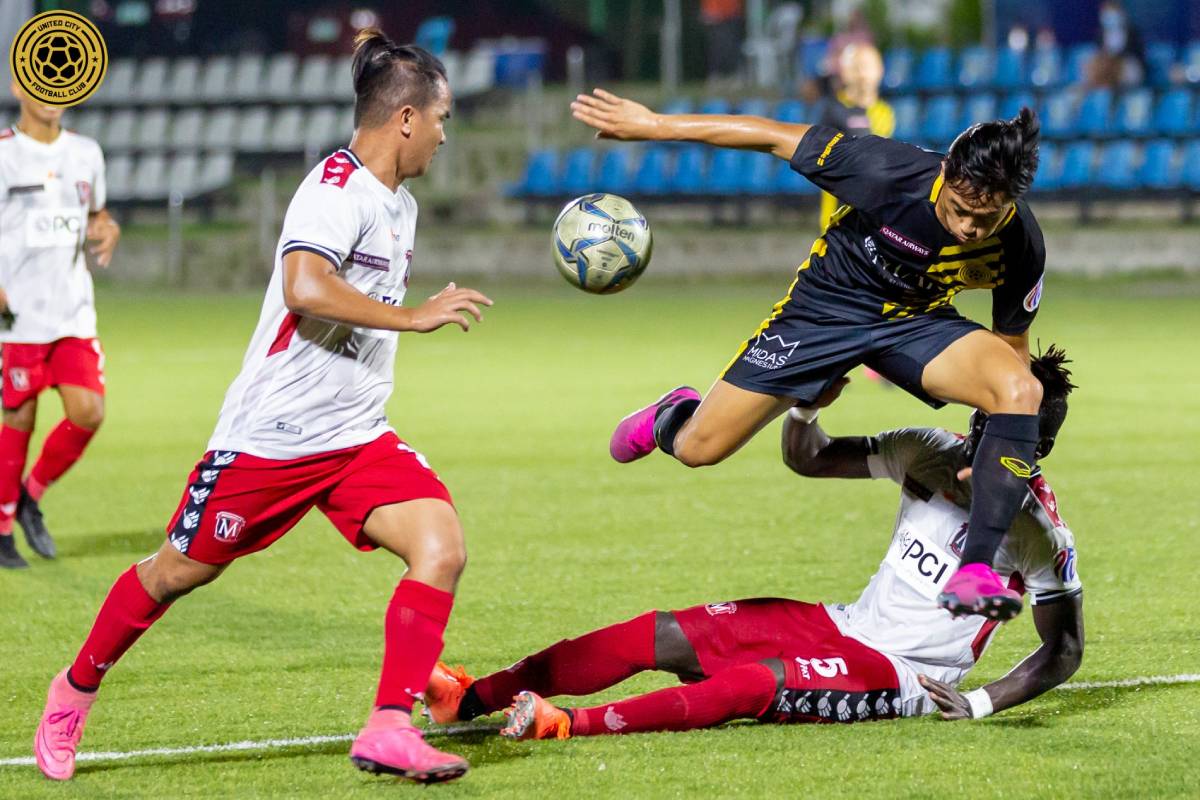 CARMONA, CAVITE — With all three points wrapped up against debuting Mendiola, United City FC coach Frank Muescan threw in young Pocholo Bugas to wet his feet in the 2020 season of the PFL sponsored by Qatar Airways, Saturday night.

And for the UAAP Season 82 Juniors Most Valuable Player, he’s been waiting for a chance since signing for the club.

“It was very exciting and pressured at first, but within a couple of minutes, I kinda got the rhythm of the game,” said the midfielder.

Bugas subbed in alongside Miggy Clarino and Jorrel Aristorenes for Joshua Dutosme, Robert Lopez Mendy and Pika Minegishi in the 73rd minute of the match.

“I felt excited and blessed playing for the best club in the Philippines.”

The situation was a milestone of sorts for Philippines sports. Young local athletes tend to finish their college education while competing in collegiate leagues such as the UAAP and NCAA.

Unlike the likes of Patrick Deyto, Jarvey Gayoso, and his brother Paolo, the 18-year-old opted to skip that developmental stage. Instead, he headed straight into the cutthroat nature of the country’s professional competition.

In a way, Bugas has opened doors for his fellow football prodigies with his decision to play for United City straight out of Far Eastern University-Diliman.

His move can inspire more players to sign with PFL clubs rather than compete at the college level — especially now when only competitions sanctioned by the Games and Amusements Board can operate amidst the COVID-19 pandemic.

“Playing with the best players is a great thing for me, and I’m still in the process of adjusting to the simplest play of football in United City,” said the Davao de Oro-native.

“It’s tough yet challenging, but I’m thankful because I learn a lot from them every single minute. And luckily a lot of my teammates help me build the best version of myself.”

Now that he made his debut for United City, Bugas seeks to make a name for himself in the local football scene just like his older sibling before him.

For now, though, it’s about trusting the process and continuing to adjust to life as a professional athlete.

“I find it challenging playing with the best players. I’m growing and learning from the best while they’re still guiding us and giving us great examples to be the best version of ourselves.”