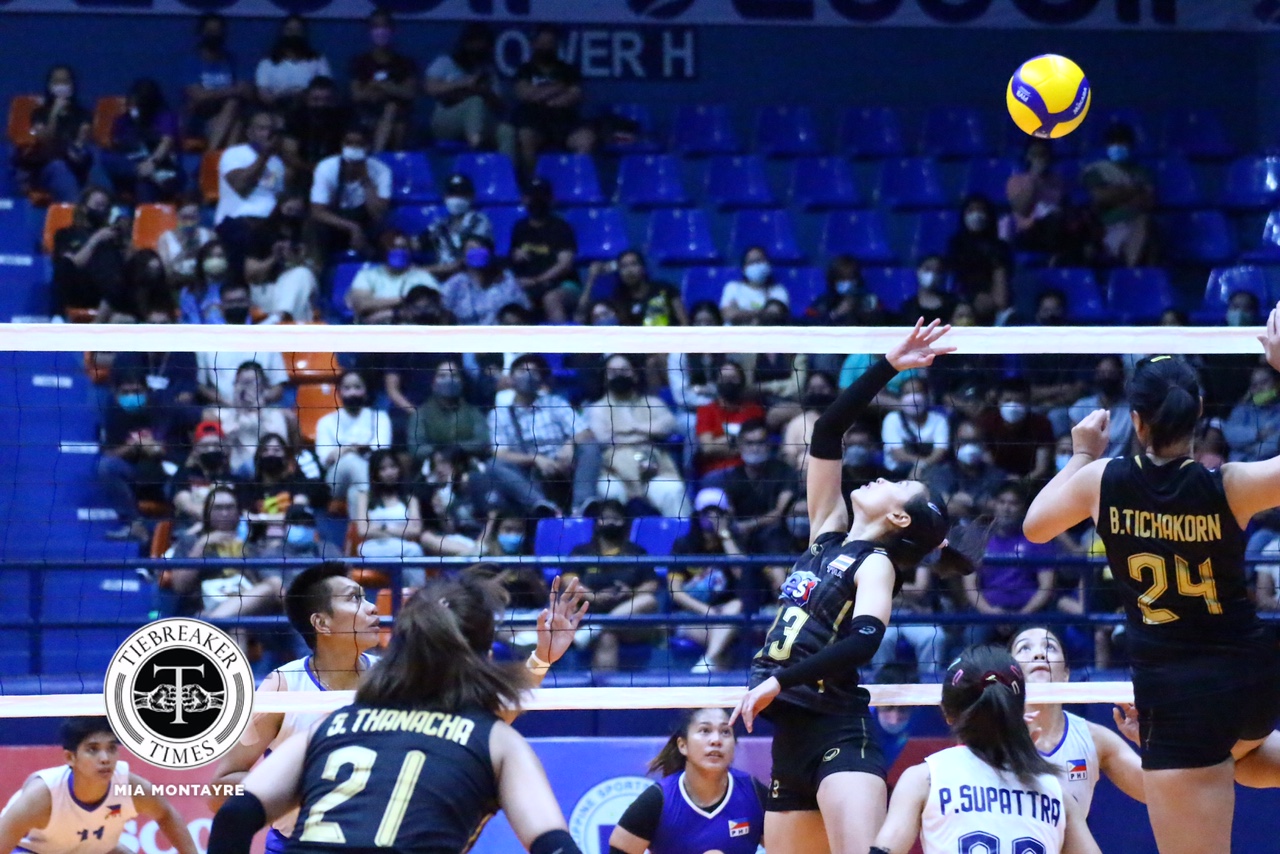 Thailand came out with a masterclass performance and emerged victorious over the Philippines with a straight-set win, 25-13, 25-10, 25-16, in the PNVF International Challenge, Saturday night at Filoil Flying V Centre in San Juan City.

The Thais opened the floodgates right away by mounting a nine-point lead in the opening set. A down-the-line hit by Sasipapron Janthawisut gave the visitors the first set by way of a 25-13 decision.

Generating a total of 16 attacks allowed Thailand to sustain its strong form in the second set which led to a 25-10 win. With momentum on their side, Danai Sriwacharamaytakul’s squad ran roughshod on the Filipina spikers in the third set. They closed out the game with a convincing 25-16 victory.

“This is something new to us also, we’ve never had this international friendly match here in the Philippines,” Alyssa Valdez said. “Nagpapasalamat kami dahil every time we play against them [Thailand], andami naming natututunan.

Aby Maraño led the Philippines with six points, while Dell Palomata added five points of her own. Dawn Macandili tallied two excellent receptions before exiting the game in the second set due to a knee injury.

“This is a good practice for the VNL next week,” claimed Ajcharaporn Kongyot after Thailand’s first match since arriving in the country last Tuesday. “We can improve ourselves in terms of Southeast Asia volleyball and for the Philippines to improve themselves also.”

The Philippines will take on its second exhibition game against Japan on Sunday 4:00 PM, still at the same venue.

Meanwhile, Thailand (3-1) will commence Week 2 of its VNL campaign against Canada (2-2) on Tuesday 3:00 PM at the SMART Araneta Coliseum.