After a thorough investigation, the Sorsogon City Philippine National Police has concluded that former University of Santo Tomas head coach Aldin Ayo did not violate any protocol set by the Inter-Agency Task Force on Emerging Infectious Diseases.

Thus, Ayo has been absolved of any criminal and administrative liabilities stemming from the controversial “Bicol bubble”, as stated in the memorandum dated September 23, 2020.

The report was also certified by Province of Sorsogon governor Chiz Escudero himself on September 28.

In the memorandum obtained by Tiebreaker Times, the investigation report found and recommended the following:

First, that evidence clearly showed that Ayo’s guests stayed at his residence and had farm training in his piggery and farm at Brgy. Capuy, West District, Sorsogon City.

Moreover, all the actions performed by Ayo — from transport to daily activities of the members of the Growing Tigers — were in accordance with the health protocols and guidelines set by the IATF.

Regarding the training, the investigation concluded that no supervised workouts were held inside Ayo’s domicile, nor were there any prohibited basketball activities conducted by his guests outside of his residence and within the jurisdiction of the Province of Sorsogon.

Based on the incident report, Ayo did not violate any health protocol pursuant to the EID-IATF guidelines and local executive order in the Province of Sorsogon during the arrival and stay of the above individual in the City of Sorsogon.

Back on September 4, Ayo resigned from his post as UST head coach. Five days later, the decorated head coach was indefinitely suspended by the UAAP.

Attached below are copies of the investigative report and the certification from the office of the governor. 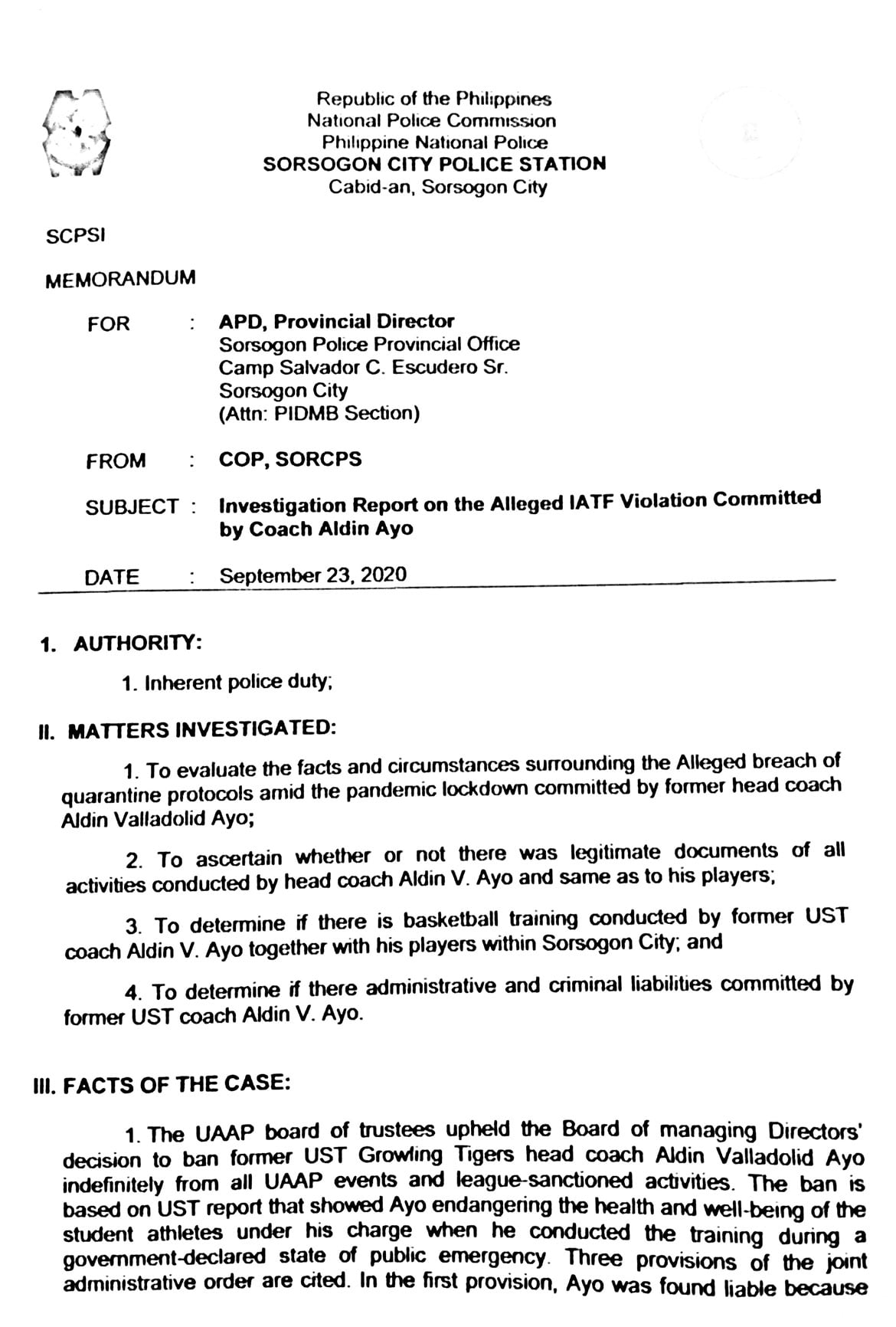 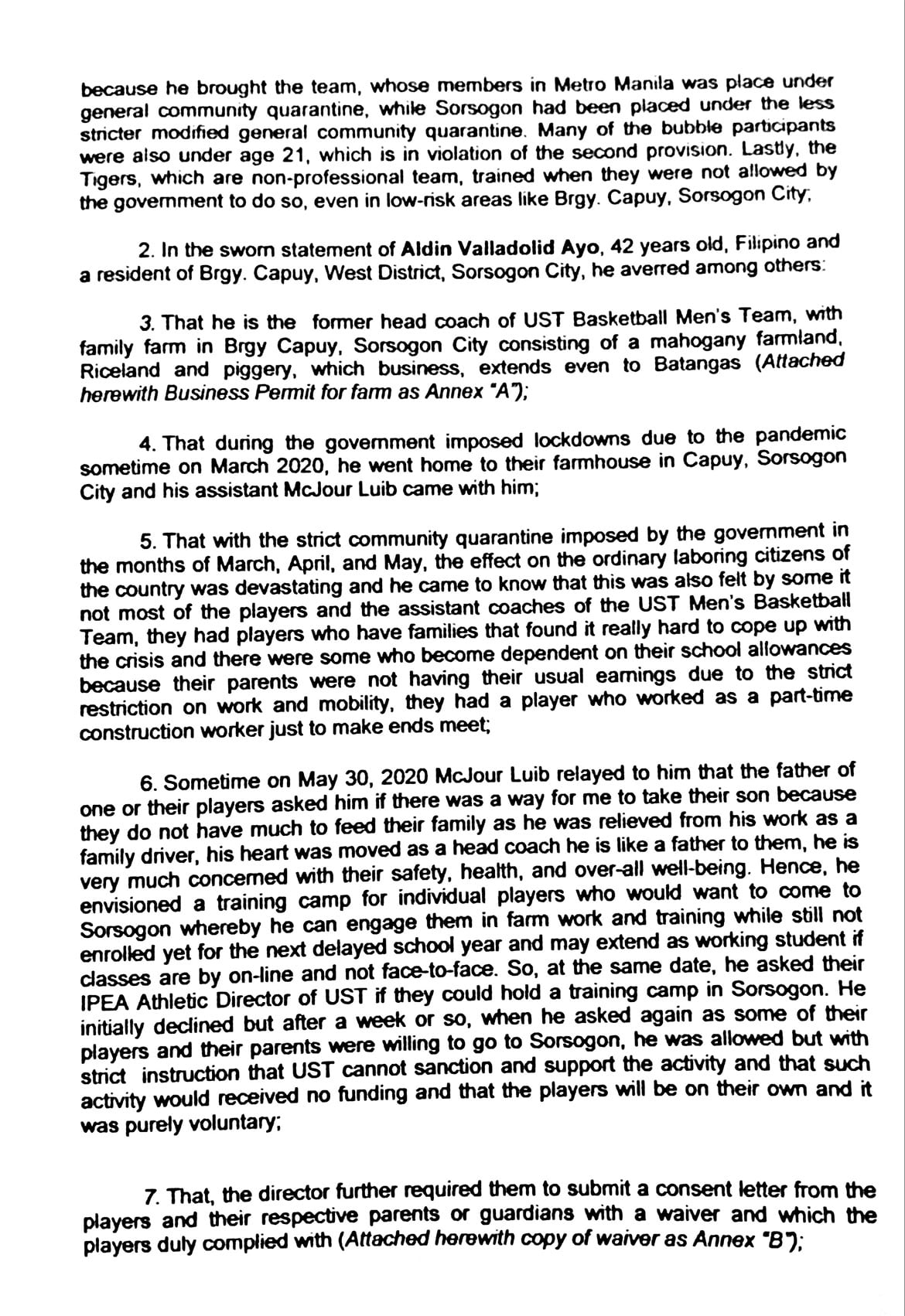 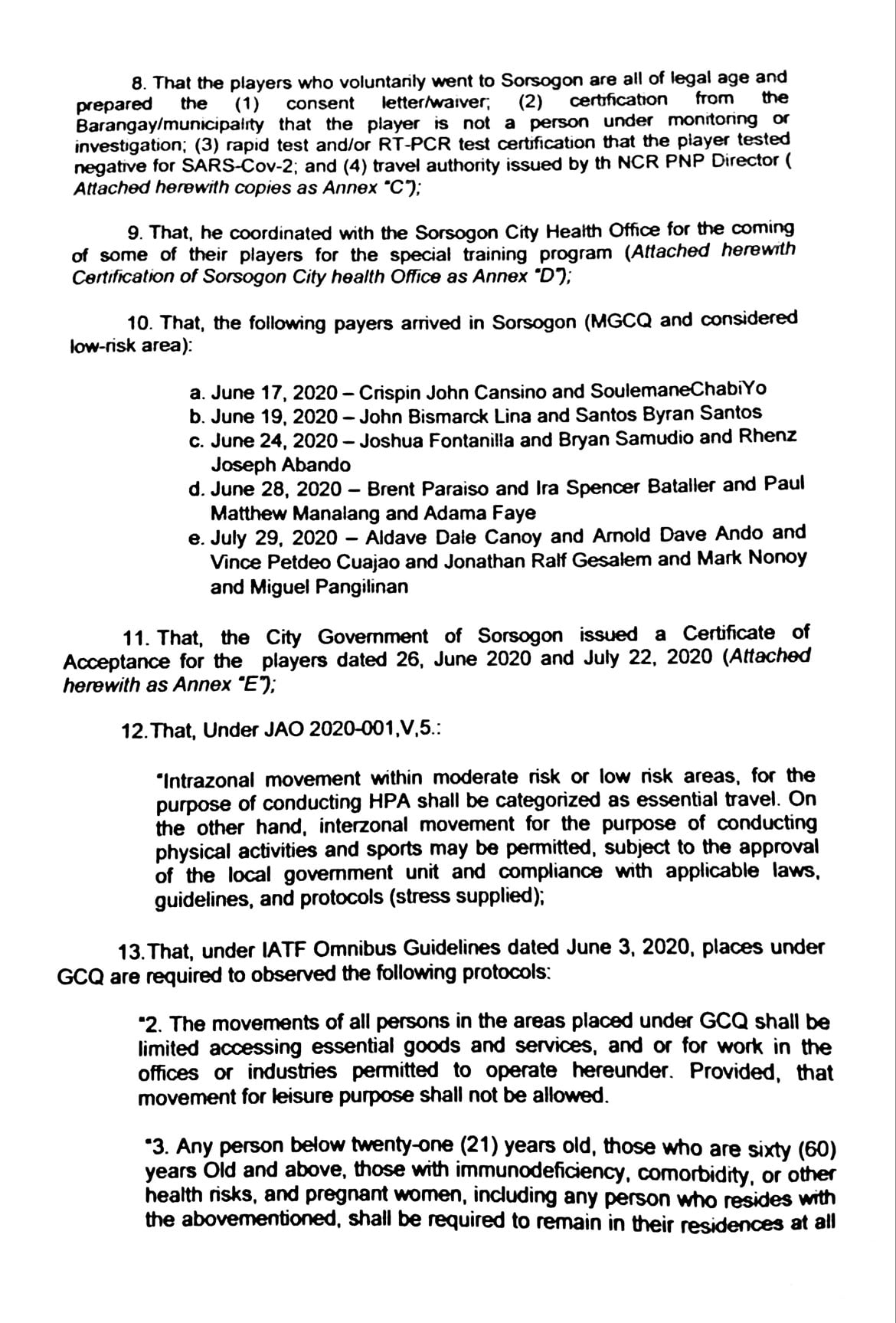 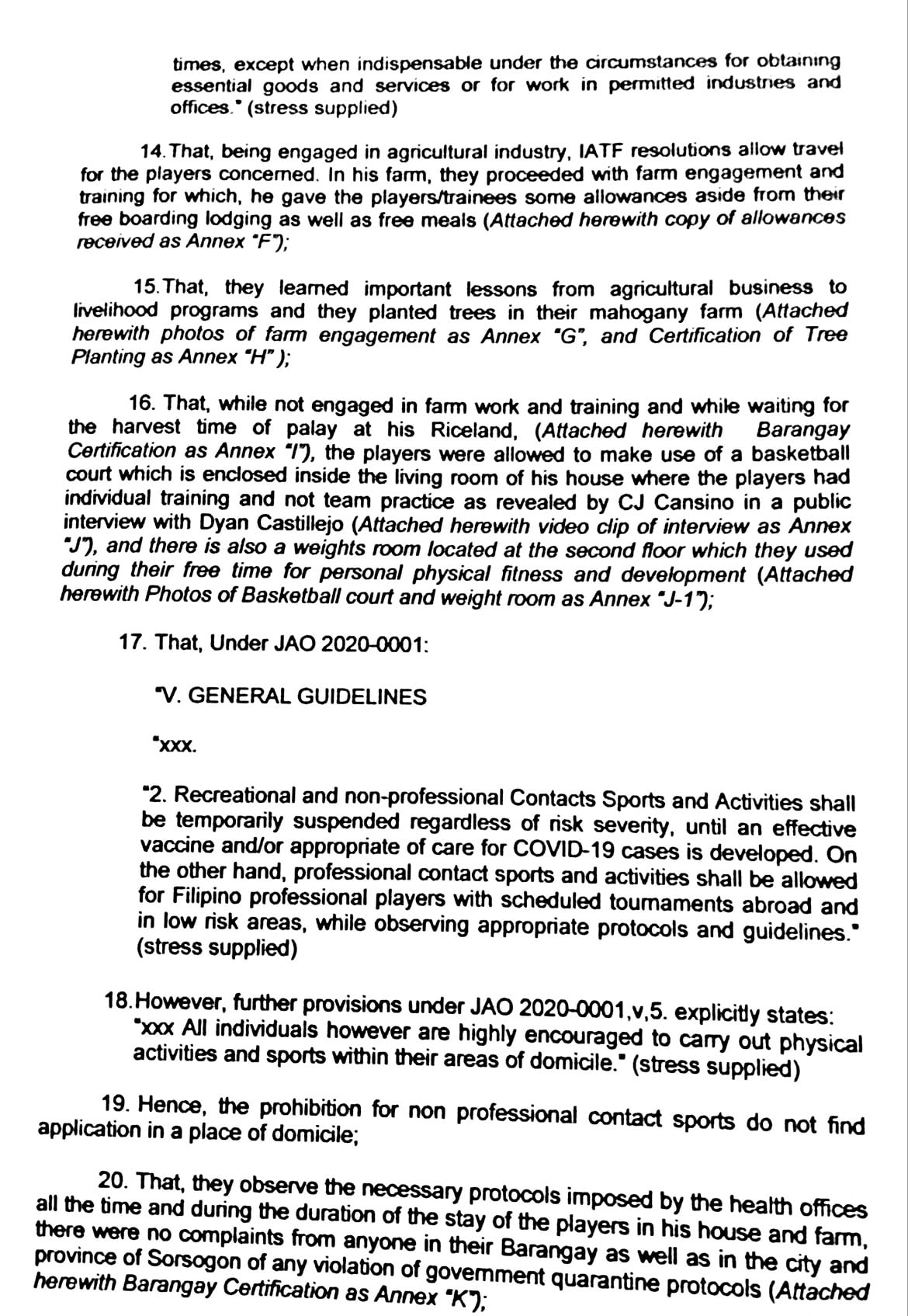 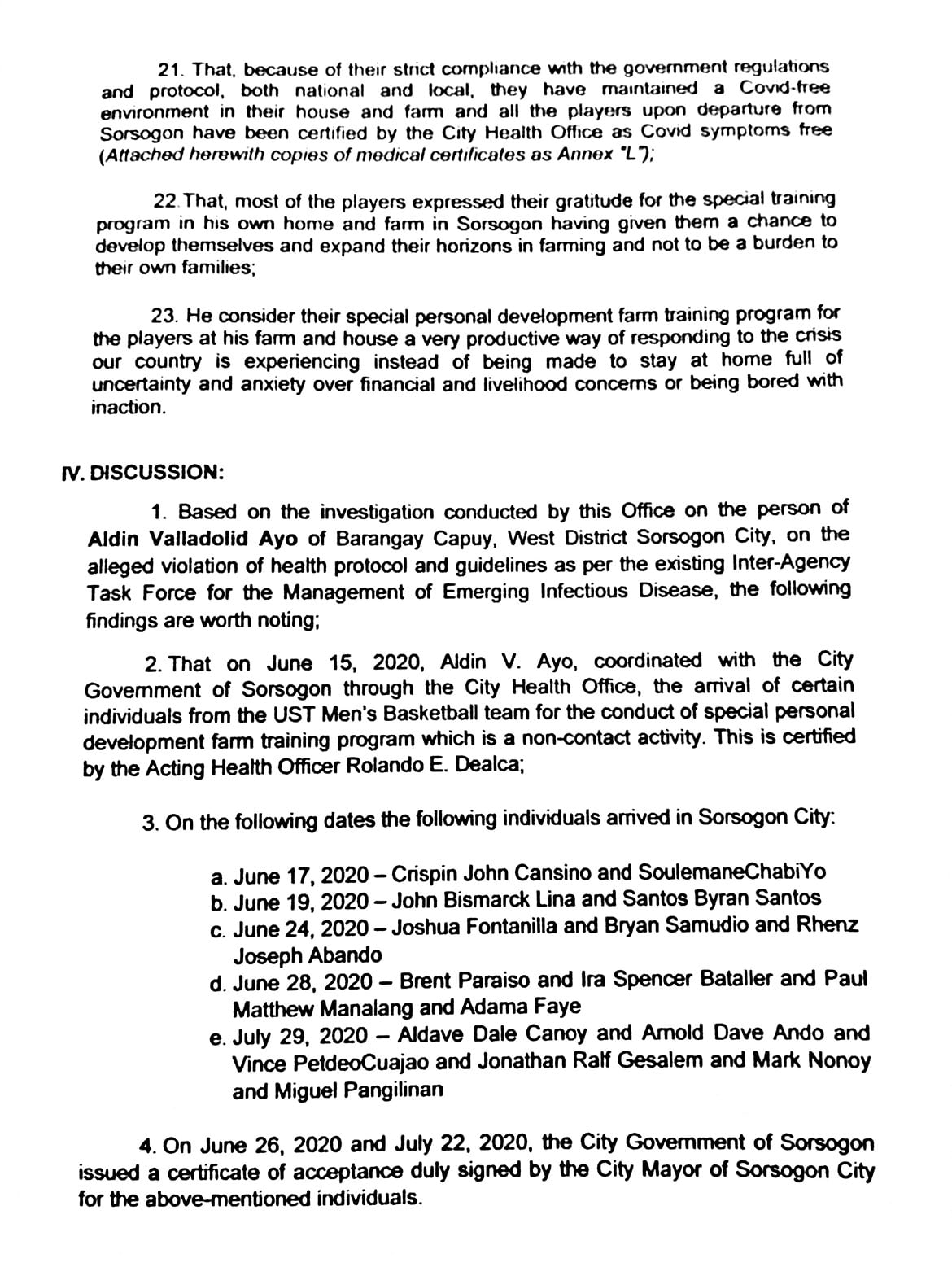 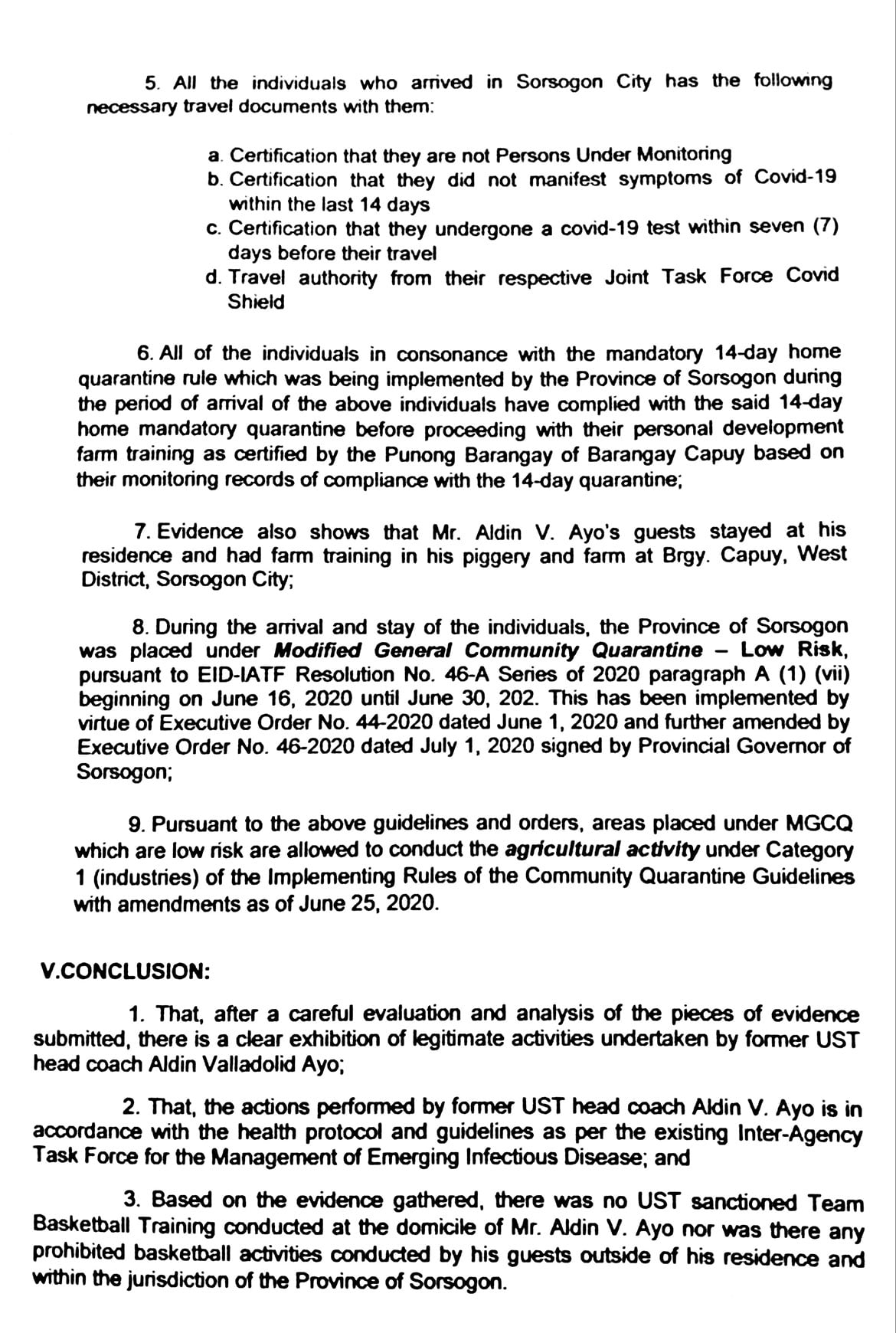 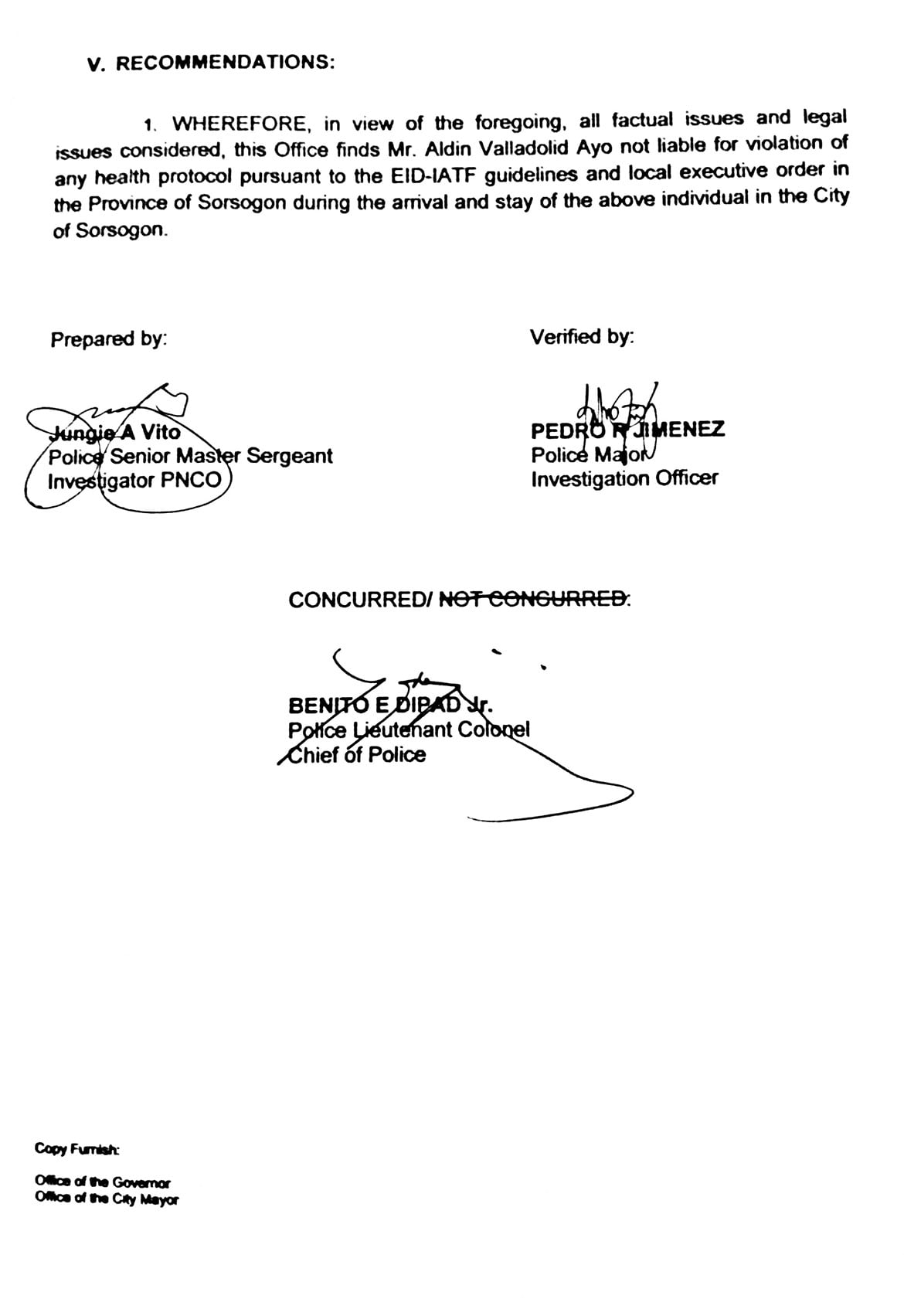 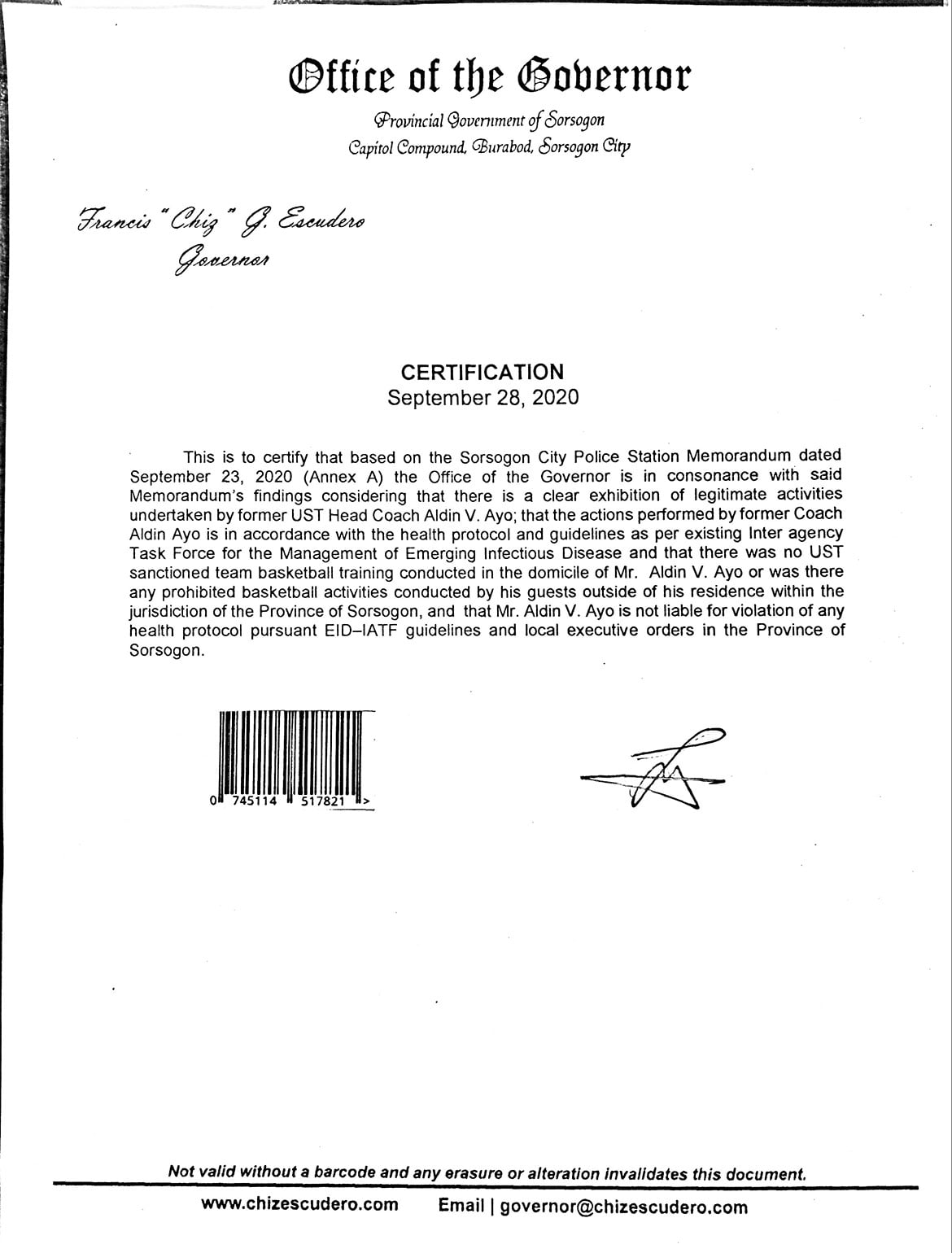