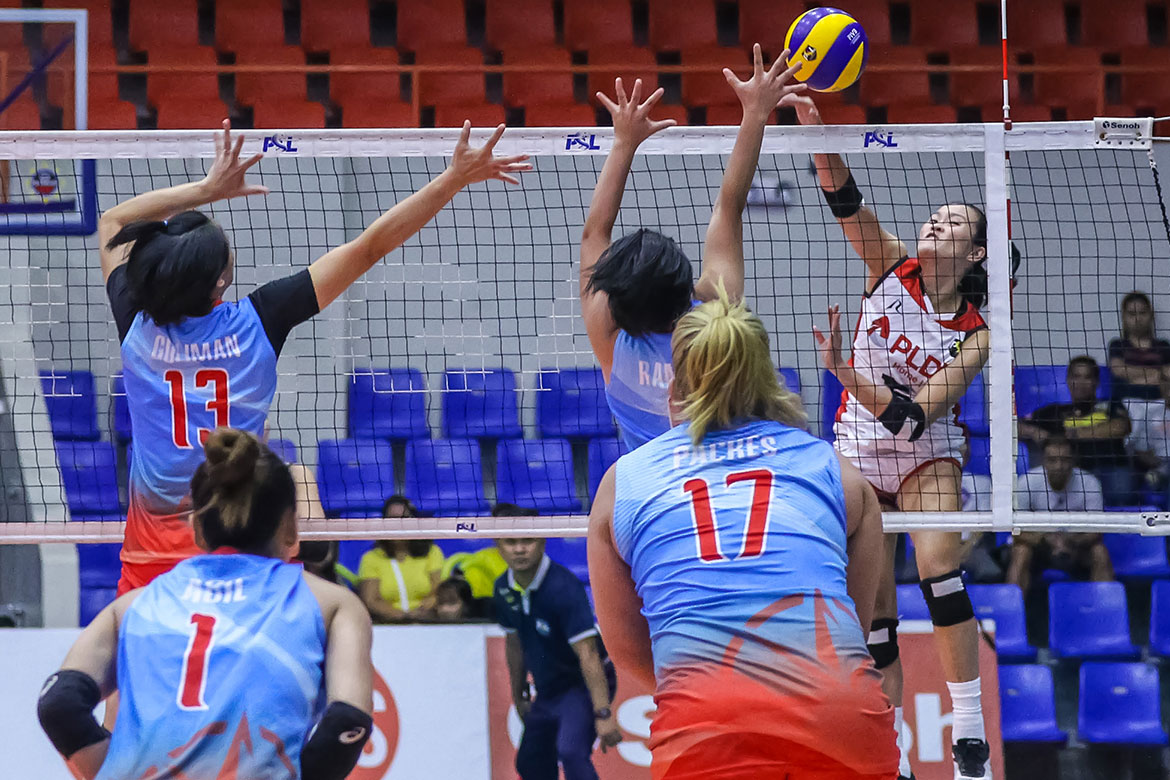 Coming off a two-game slump, the PLDT Home Fibr Power Hitters snapped out of their funk, spoiling the campaign end of the Marinerang Pilipina Lady Skippers with a straight-set rout, 25-16, 25-20, 25-16, in the 2019 PSL Invitationals, Saturday at the Caloocan Sports Complex.

Except for brief moments in the early goings of each set, the Power Hitters were never threatened. They showcased their superior finishing kick over the Marinerang Pilipina in a wire-to-wire victory that elevated their record to 2-3.

In the decisive third frame, the Lady Skippers knocked within three following Grethcel Soltones’ service error, 10-13. Jerrili Malabanan then restored order, hammering down a kill and inciting a game-breaking 10-5 stampede to buoy PLDT at a 23-15 cushion.

Soltones spiked an off-the-block hit and pushed the Power Hitters at match point. Cesca Racraquin’s attack error then sealed Marinerang Pilipina’s winless fate as it shut down its campaign with a 0-6 slate.

The Power Hitters look to close the curtains on their campaign on a rousing note as they try to pull off an upset against the unbeaten Petron Blaze Spikers on Sunday, October 13, at the FilOil Flying V Centre.

Philippines to use Thai loss as motivation for silver finish, says Maraño