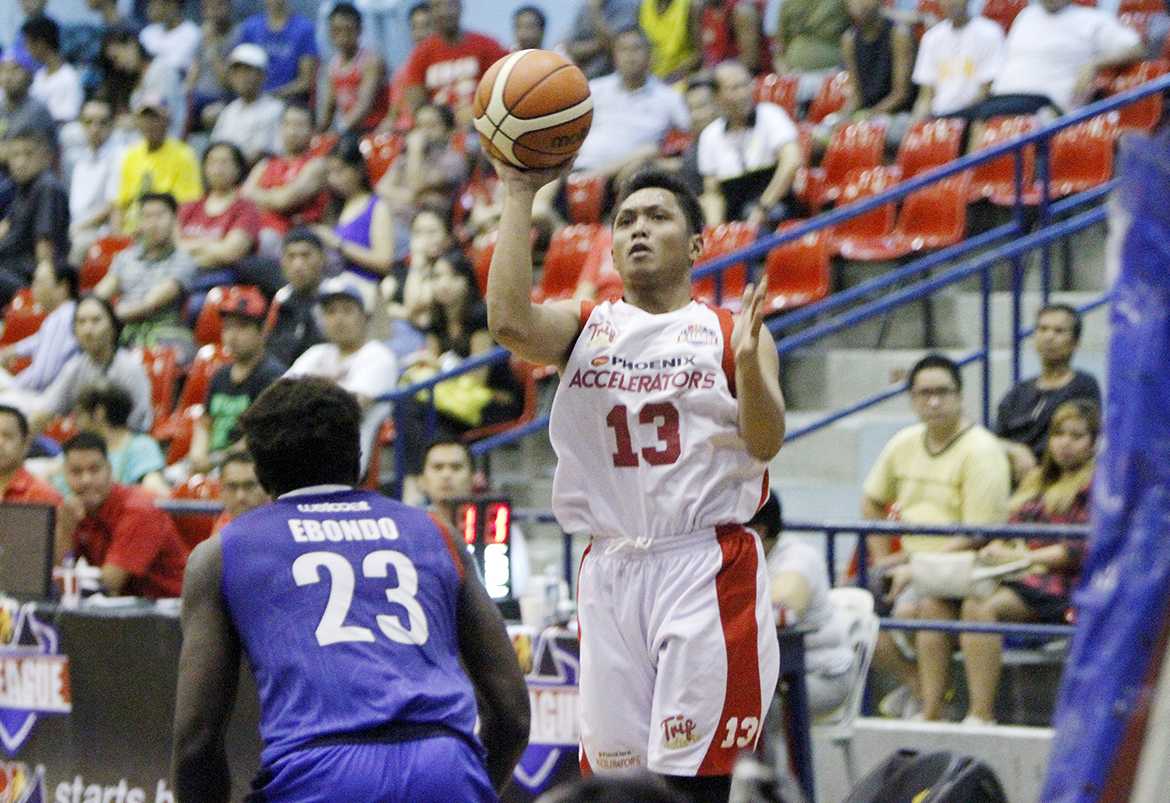 The Phoenix Accelerators held off the Café France Bakers, 91-83, and inched closer to nabbing one of the top two spots in the 2016 PBA D-League Aspirants’ Cup at JCSGO Gym in Cubao, Quezon City.

The victory placed the Accelerators at 9-3, with one of the twice-to-beat spots within reach. They will now wait for Racal, already assured of a top two finish, to beat AMA in the final gameday on Tuesday to avoid any complications, as a triple-tie with Racal and Café France would boot them out of the top two.

Mike Tolomia uncorked 14 of his 28 points in the third quarter charge, to go with his six assists.

Phoenix held an 81-61 edge at the start of the fourth, before Café France clamped down on defense and held the Accelerators scoreless for almost five minutes to get to as close as six, 81-75 with 5:37 left.

Russel Escoto’s free throws then stopped the bleeding, before Roger Pogoy, Belo, and Tolomia took turns late to fend off the pesky Bakers.

“Regardless of the result, we just want to stay positive and play together as a team. If we do that, I don’t see any reason na mag-fail tayo and I put my trust in them,” said Gonzales.

READ  Rain or Shine halts Blackwater, gets back to winning form

Confirmed: Belo, Escoto not coming back for Season 79