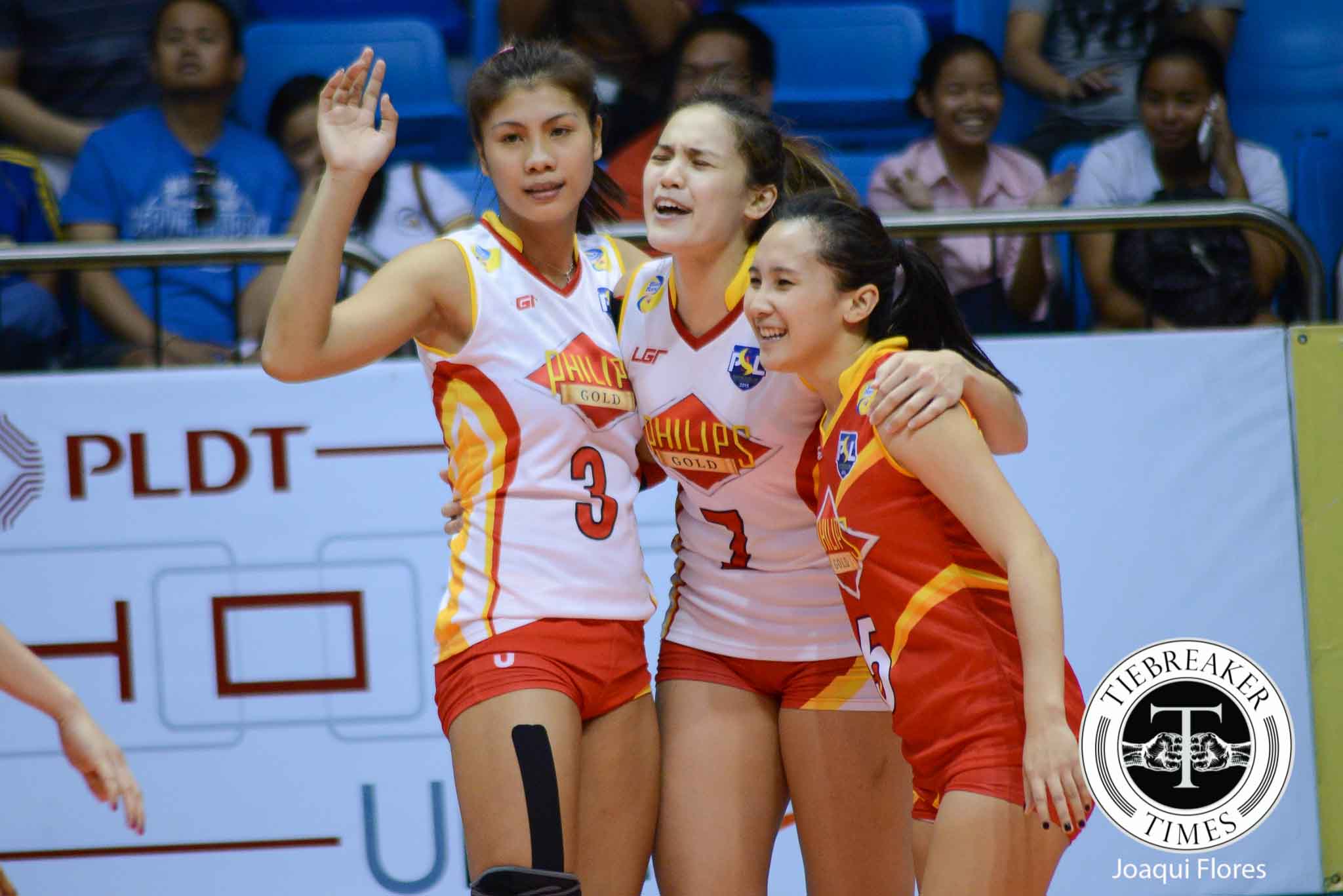 Team manager Atty. Eric Ty told Tiebreaker Times that he will drop an official announcement sometime next week but did not disclose the reason for moving his team.

He also revealed the possibility of renaming the team to Pocari Sweat.

“Everything will be announced officially next week,” Ty said via text message.

The squad, according to Ty, will retain all of its core players including Michele Gumabao, Melissa Gohing, and Myla Pablo with the addition of former UAAP Best Scorer Rosemarie Vargas, current UST Tigress Ria Meneses, and former PLDT winger Elaine Kasilag.

The franchise that started as the Mane ‘N Tail Lady Stallions in the PSL’s third season. The team slowly rose from the bottom of the standings with every conference. Shifting to Philips Gold at the start of last year, they managed a second runner-up finish in both the All-Filipino and Grand Prix conferences.

The team’s move adds another competitive squad to the V-League roster which recently lost staple clubs Army and Cagayan to varying reasons.

The Shakey’s V-League are set to open their open conference on May.