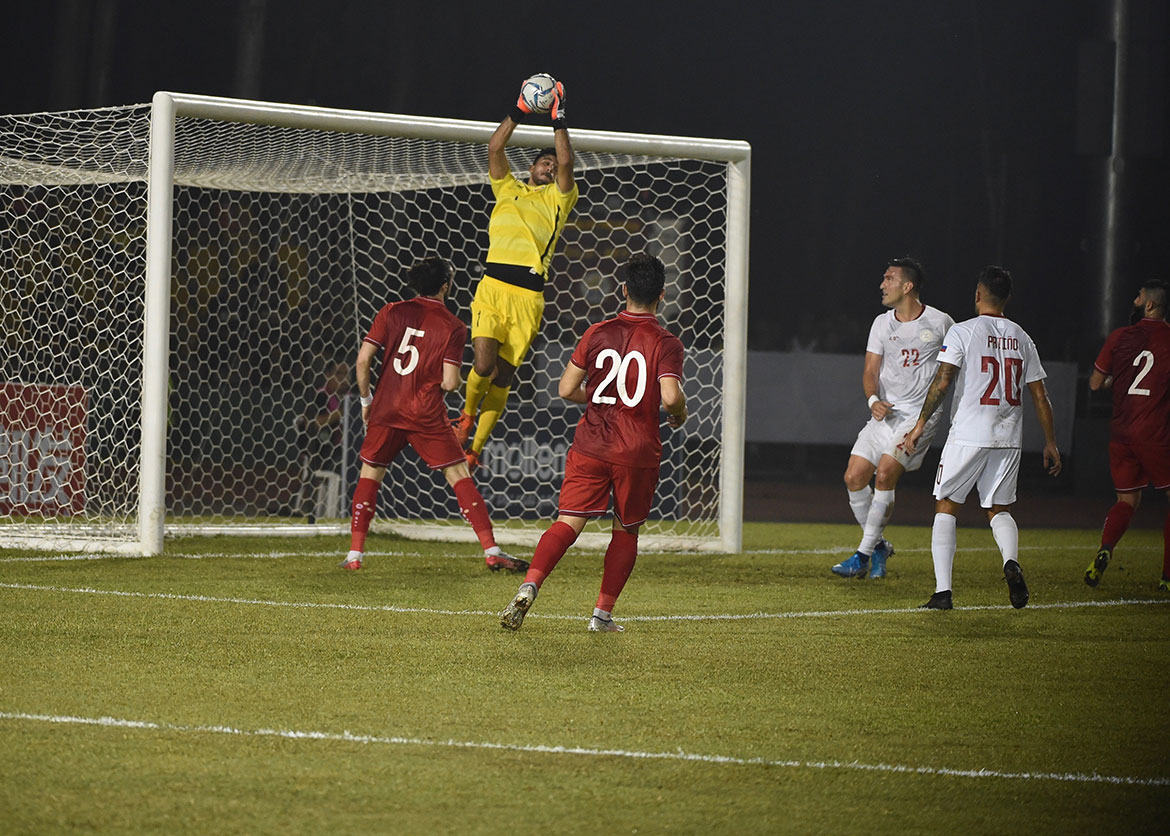 A bad week for Philippine team sports in international competitions just got worse.

In front of 2,645 home fans at the Panaad Stadium in Bacolod, the Philippine Men’s National Football Team suffered a dismal 2-5 defeat at the hands of Syria to kick-off their 2022 World Cup/2023 Asian Cup qualification campaign.

Up against a team 87 spots above them in the world rankings, the onus was on the Azkals to pull off a positive result on home soil.

Javier Patino gave the Filipinos a dream start when he headed past Syrian goalie Ibrahim Alma after just seven minutes of play.

However, that was as good as it got for the Philippines as Syria retaliated in impressive fashion. Omar Al Soma jumped higher than any Filipino defender to level the game with a header at the 15th minute.

After that, Khaled Almbayer eluded Azkals defender Martin Steuble and unleashed a stunning strike to give the Syrians the lead at the half-hour mark.

Down by a goal at the break, the Azkals’ woes were set to worsen early in the second period. Syrian skipper Firas Mohammad Alkhatib converted a penalty that was given due to Daisuke Sato handball five minutes into the restart while another Al Soma header gave the away side a three-goal lead at the 56th minute.

Substitute Mike Ott struck to revitalize the Philippines’ faint hopes of a comeback at the 84th minute, only for Mahmoud Almawas to strike moments later.

It was the worst possible start for the team but there are still seven games left in the tourney.

Rene Catalan changes stance: ‘When Pacio said that he’ll knock me out, that lit a fire in me’