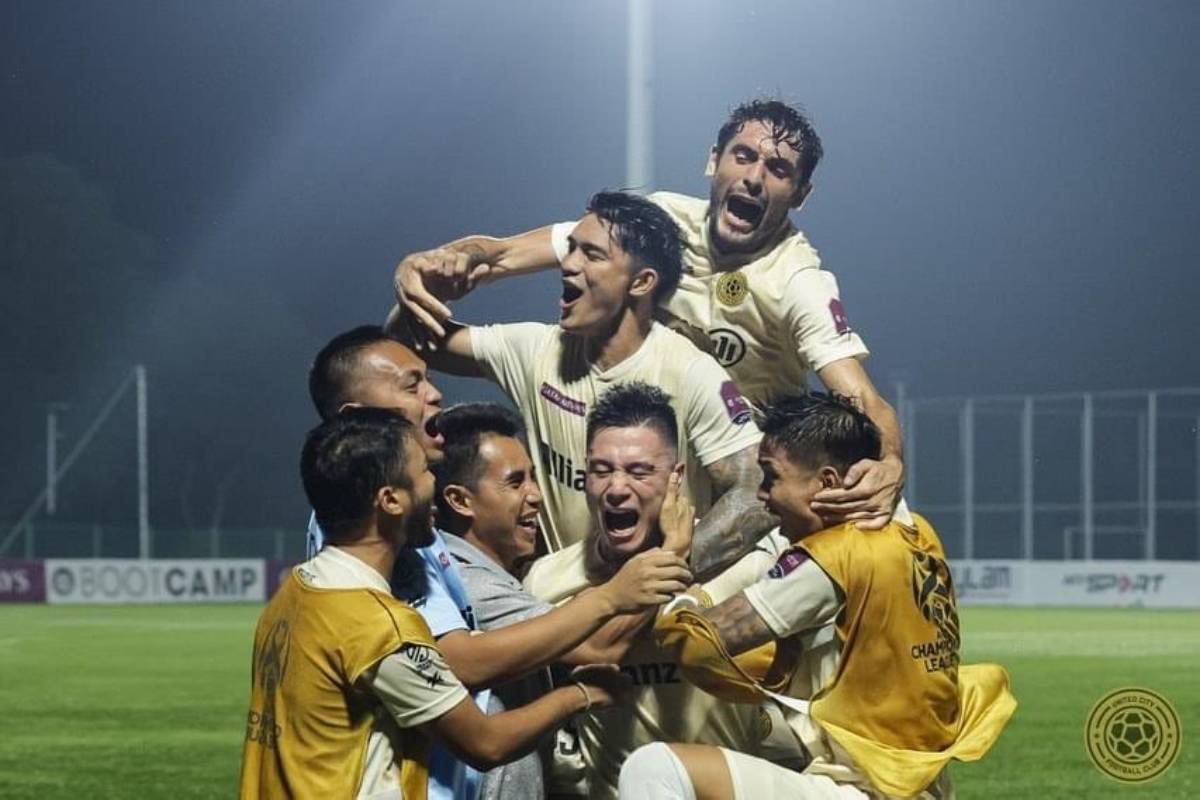 United City added another trophy to its collection as they prevailed 3-2 over Kaya-Iloilo to win the 2022 Copa Paulino Alcantara, Sunday night at the PFF National Training Centre in Carmona, Cavite.

This is the second piece of silverware ever since the team was bought by MMC Sportz Asia back in 2020.

“It was a very tough game,” said United City goalkeeper Anthony Pinthus. “We knew it would be a tough game against Kaya and today was only about the mentality. The team who has the better mentality won, that’s us. We bring the trophy home where it belongs.”

Former Kaya forward Kenshiro Daniels haunted his old side by shooting past goalie Zach Banzon to give United City the lead in the 11th minute.

However, Kaya answered back with two goals to earn a one-goal lead at the break.

Robert Lopez Mendy equalized at the 13th minute while Jhan-Jhan Melliza’s audacious strike from outside the box gave coach Yu Hoshide’s men the lead at the 31st the box.

Come the second half, though, United City retaliated to seal the championship.

Banzon committed an uncharacteristic error and his teammates failed to clear their lines — which allowed Hikaru Minegishi to level the contest at the 51st minute.

United City skipper Mike Ott then scored the match-winner at the 68th minute from close range off a corner from Mark Hartman.

In terms of individual awards: Kaya’s Daizo Horikoshi was awarded the Golden Boot with six goals this season, Pinthus received the Golden Gloves, and Ott was given the Golden Ball.

Arda Cinkir put the back of the net for Dynamic Herb Cebu at the 34th minute but it was not enough for his team to turn the tide.