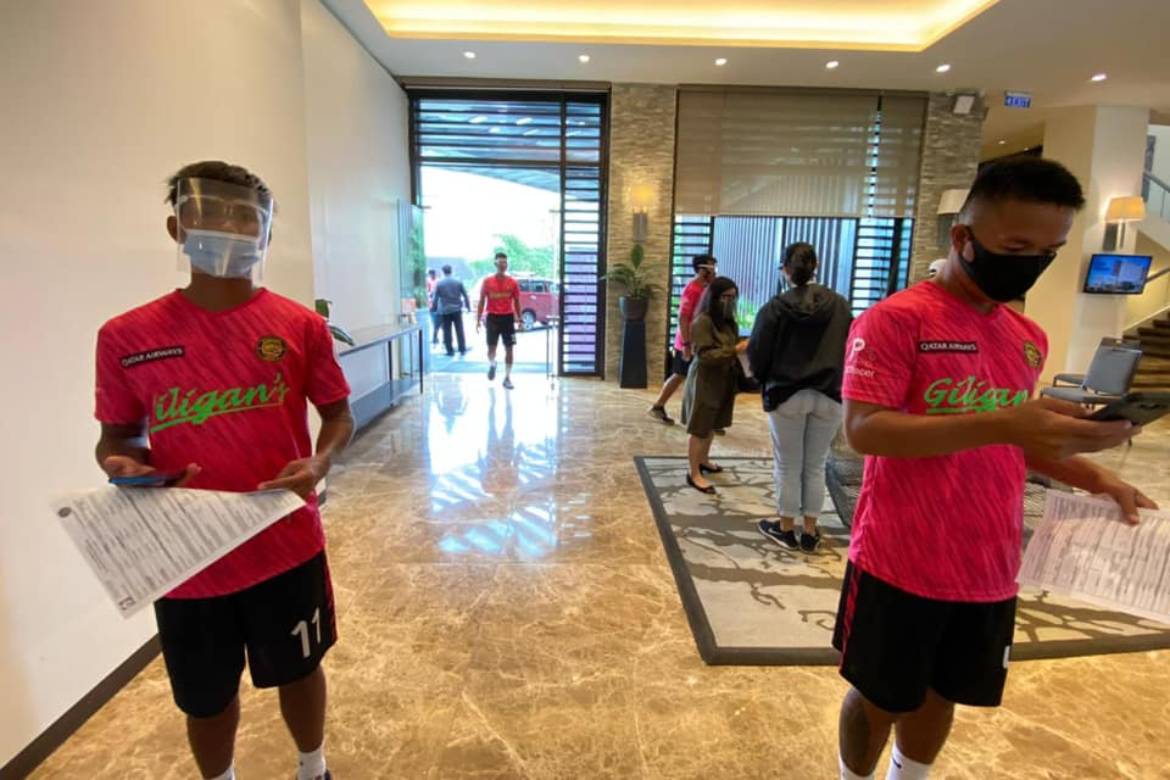 The Philippines Football League, sponsored by Qatar Airways, has announced a night before opening day that matchday one of the 2020 bubble season has been moved to a later date as a precaution against possible dangers to its teams and other personnel.

First of all, the onset of Tropical Depression Quinta is expected to bring substantial rainfall and even lightning over the PFL’s main playing venue, the PFF National Training Center in Carmona, Cavite, which may render unplayable the three matches originally scheduled.

The next factor, though, is the results of the RT-PCR swab tests that every team and league staff took before entering the Seda Nuvali hotel in Santa Rosa, Laguna. The October 21, 2020, testing uncovered that five players and one coach coming from two teams tested positive for COVID-19. These people were then isolated as per current procedures.

“We have anticipated this scenario hence there is a set of health and safety protocols in place for incidents such as this.

“What is important is that all continue to adhere to the protocols which are aimed to prevent or minimize the spread of the virus. Upon checking, we have confirmed that those who tested positive admitted had close contact with the player who was first to test positive,” said PFL Commissioner Coco Torre.

Another set of tests were then implemented on individuals who were closely in touch with the people who initially tested positive. The initiative yielded three more positive results. While the initial findings are disheartening, these are all just roadblocks to what officials hope will still be a successful tournament amidst the ongoing pandemic.

“We put emphasis on the safety of each and every individual in the bubble, whether player, staff, or match official,” said PFF general secretary Atty. Edwin Gastanes.

“We understand the current situation and with participants’ strict compliance with bubble-specific protocols, we hope to push through with kickoff in a few days.”