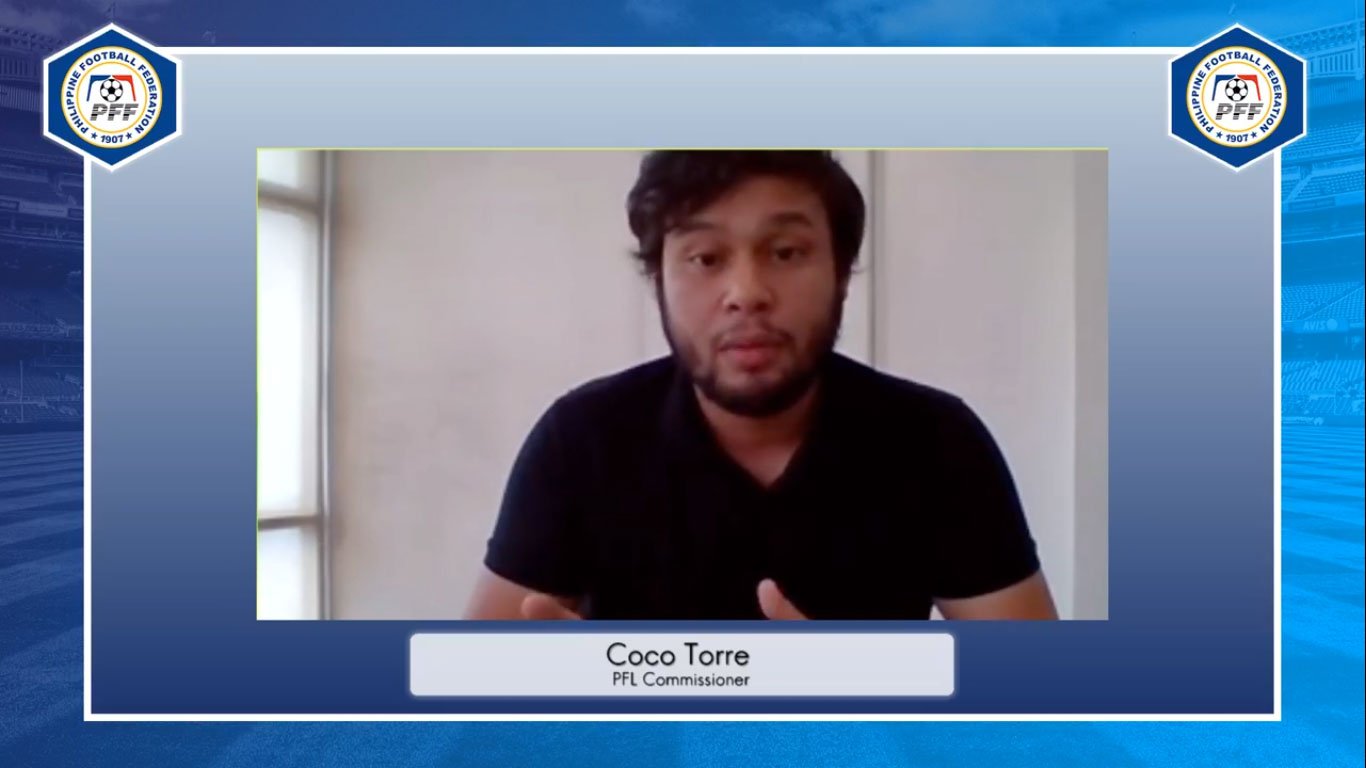 After the Inter-Agency Task Force for Emerging Infectious Diseases (IATF) gave the go-signal for professional football clubs to train, the Philippines Football League continues to draft protocols for the kick-off of this year’s domestic football season.

“All is well after the IATF gave the approval to resume training,” PFL commissioner Coco Torre said in an online press conference Wednesday morning.

Torres also shared that members of the current clubs participating in this season are currently undergoing COVID-19 testing as “This is a procedural requirement for them to resume training. Once you are negative [from the virus], then they may immediately train.

“This is a big step for us to kick off the league. Hopefully in due time we will be given the go-signal [to play],” he continued.

Philippine Football Federation General Secretary Atty. Ed Gastanes likewise shared that once the season starts, they are considering the use of a single venue — the PFF Training Center in Carmona — for all the matches in order to lessen the risk of infection and to follow the health standards in place.

“This is the first season that the league where it will be helped by sponsor Qatar Airways,” Gastanes added.

“They just reconfirmed their faith and their help for the fourth season of PFL.”

Initially scheduled to kick-off last March 21, the fourth season of the league suffered a setback due to the spread of COVID-19.

Current target date for the league’s start is on August 15.

PSC, POC push for resumption of training for Olympic-bound athletes