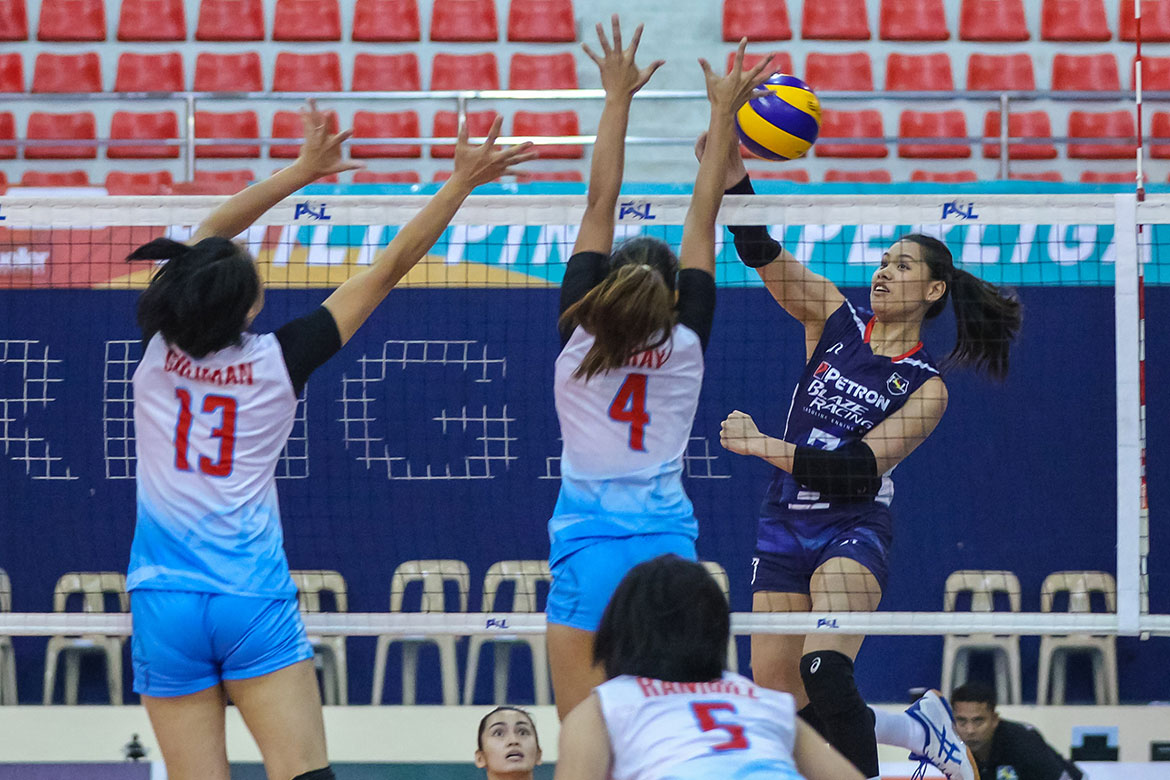 The Petron Blaze Spikers booked the last semifinals berth in Pool C of the 2019 PSL Invitational Cup, belting the cellar-dwelling Marinerang Pilipina Lady Skippers with a straight-set whipping, 25-22, 25-22, 25-8, Thursday at the Malolos Sports and Convention Center.

After back-and-forth first and second sets, the Blaze Spikers kicked their offense into a higher gear in the decisive third frame. They doubled down on the Lady Skippers at the second technical timeout, 16-8, before going on a searing 9-0 closing stampede that clinched their place in the next round.

Molina spearheaded Petron’s balanced offensive thrust. She punished the opposition with 10 attacks en route to a game-high 12 points, powering the Blaze Spikers to a 4-0 card in Pool C.

Sisi Rondina also fueled the firepower of Petron. The 5-foot-6 dynamo collected four of her team’s 11 kill blocks to finish with 11 markers, while flaunting her defensive wares with 19 excellent digs.

The Lady Skippers paled in comparison to that bevy of scorers, since they only had Cesca Racraquin as their double-digit scorer.

The Blaze Spikers will look to quell the unbeaten Cignal HD Spikers in their tracks on October 12, Saturday, at the Caloocan Sports Complex. Marinerang Pilipina, meanwhile, will try to avert a winless campaign when they face the PLDT Home Fibr Power Hitters on the same day.