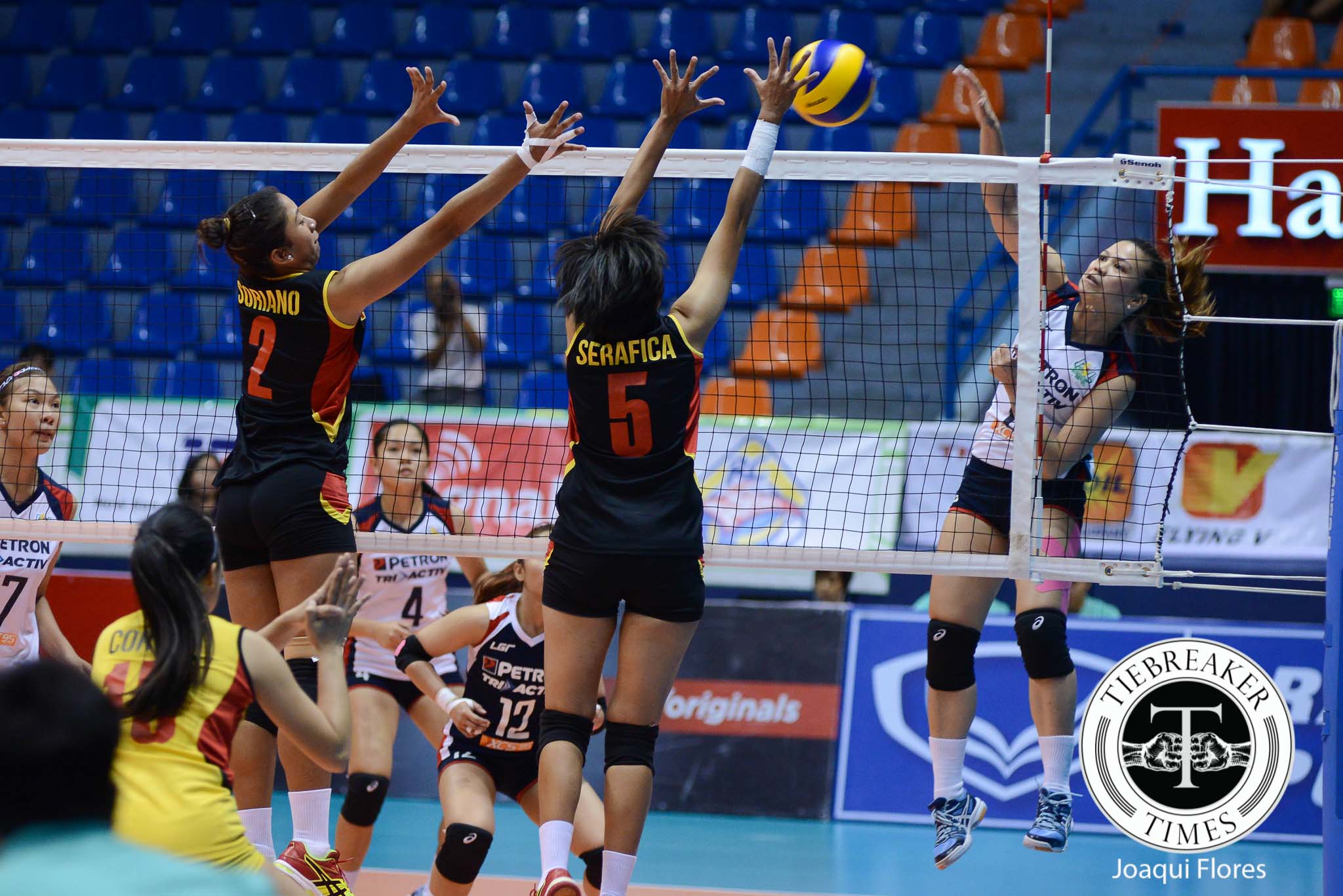 The Petron Tri-Activ Spikers wasted no time overwhelming the F2 Logistics Cargo Movers 25-14, 25-15, 25-16, for their second straight win in the Philippine Superliga Invitationals at the FilOil Flying V Centre.

Unable to consistently get good passes, F2 could not utilize their threatening lineup of attackers fully. Petron, on the other hand, boasted great defense both at the net and on the floor. The Tri-Activ Spikers easily built double-digit leads in each set en route to quick win.

Petron lorded it over F2 from the service line with a 9-0 advantage in aces, also resulting in a 42-18 gap in attacks.

Former Adamson Lady Falcon Bang Pineda was brilliant all-around for Petron, with a match-high 12 points and 10 digs. Aiza Maizo-Pontillas and Maica Morada each pitched in 10 markers.

Former UAAP MVP Aby Maraño was the only Cargo Mover who contributed significantly on offense, with eight points.

Petron are still undefeated in their first two.matches of the season. F2 move to a 3-2 slate with just one match remaining.

The PSL will go to Batangas on Saturday, where Petron will face the New San Jose Builders Victorias (0-4) while F2 will take on the Cignal HD Spikers (0-1).

After Saturday, the PSL moves to its third and final phase, where Cignal and Petron will join the RC Cola-Army Lady Troopers and the Foton Toplander for the last three game days of the elimination phase.

Batisla-Ong penalty the difference as UST survives relentless UP