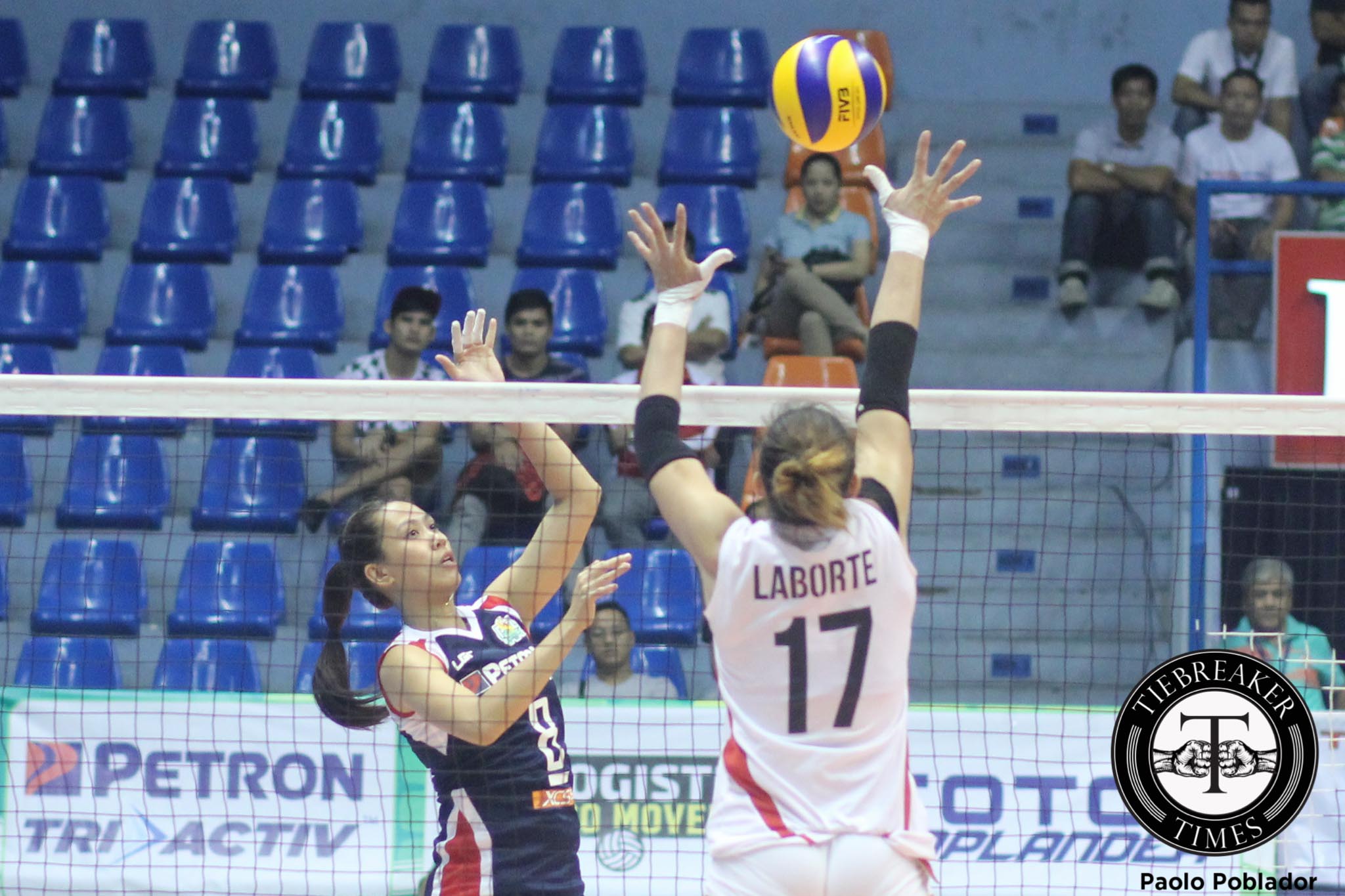 In their debut match in the Philippine Superliga Invitationals, the Petron Tri Activ Spikers played like diesel, needing to heat up before running over the Cignal HD Spikers 19-25, 25-22, 25-21, 25-21 at the FilOil Flying V Centre.

Cignal walloped the seemingly-unprepared Petron in the opening set. Through the spiking of Cherry Vivas and Janine Navarro, the HD Spikers sailed to the early lead.

Petron, however, showed their true colors in the following sets. Shoring up their floor and net defense, Petron took the second set and pulled away late in the third. Tied at 21, team captain Maica Morada hopped off the Petron bench and served four beautiful serves, getting two aces and two free balls that spelled Cignal’s doom.

Cignal led 16-11 in the fourth set. Petron then pulled out another comeback, utilizing the blocking of Cherry Nunag and Aiza Pontillas to erase the deficit. Open hitter Mina Aganon delivered the finishing touches through loaded serves that confused the Cignal backline. After Aganon was done, Petron had an insurmountable 21-17 lead and the match.

Pontillas led all scorers with 18 points with 15 attacks. Aganon pitched in 11 while Morada had 10.