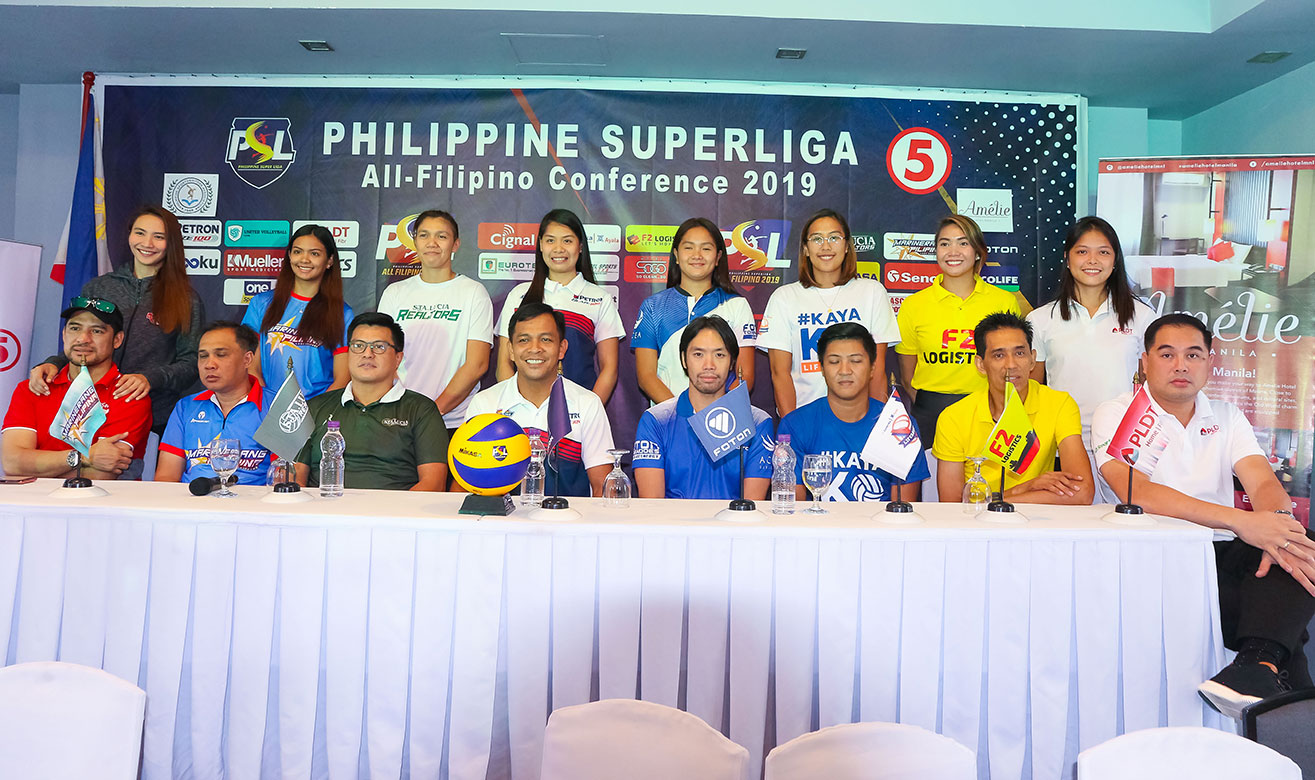 Petron is tipped to have a hard time defending its crown when the Philippine Superliga All-Filipino unfurls on June 15 at the Filoil Flying V Centre in San Juan.

Head coach Shaq Delos Santos admitted that the battle will be tough following the emergence of Cignal, F2 Logistics, Foton and new team Marinerang Pilipina in this prestigious women’s club tourney that has ESPN5 as official broadcaster.

Cignal, for one, secured the services of Filipino-American playmaker Alohi Robins-Hardy while the Cargo Movers remain intact, but displayed an eagerness to challenge the Blaze Spikers anew.

Delos Santos, who welcomes the return of Sisi Rondina, Buding Duremdes and Chin Basas, knows that the road back to the title will never be easy.

“I think it’s possible for us to be dethroned this conference. All teams are strong and it’s really hard to tell if we can keep our place on top,” said Delos Santos during the Philippine Sportswriters Association (PSA) Forum presented by San Miguel Corp., Braska Restaurant, Amelie Hotel, and the Philippine Amusement and Gaming Corp (PAGCOR).

“We can’t take this conference lightly. We have to work hard because other teams are also out to dethrone us.”

Also in attendance in the weekly session were PSL Chairman Philip Ella Juico and Diana Garcia of ESPN5.

#ReadMore  All is well between the Semerad twins

PSL ambassadress Rachel Anne Daquis agreed with Delos Santos, saying that this conference is very tough as teams like Generika-Ayala, Sta. Lucia, United VC, and PLDT all did their respective home works in the off-season.

The Lifesavers will parade former UE star Mary Anne Mendez while the Lady Realtors will have a new libero in Filipino-American Alex Bollier to join the solid crew of Amanda Villanueva, Pamela Lastimosa, MJ Philips and Rebecca Rivera.

United VC is also solid force as Kalei Mau will be back while PLDT will have former Far Eastern University aces Jerili Malabanan, Czarina Carandang and Angel Cayuna to reinforce the core of Gretchel Soltones, Jasmine Nabor and Aiko Urdas.

“I’m really looking forward to a high-level competition,” said Daquis, the 2015 All-Filipino Most Valuable Player who will skipper the HD Spikers.

“There’s a lot of changes in the league as most players switched teams while those from college joined their respective mother teams. This is going to be another exciting conference and we’re looking forward to give Petron a good fight.”