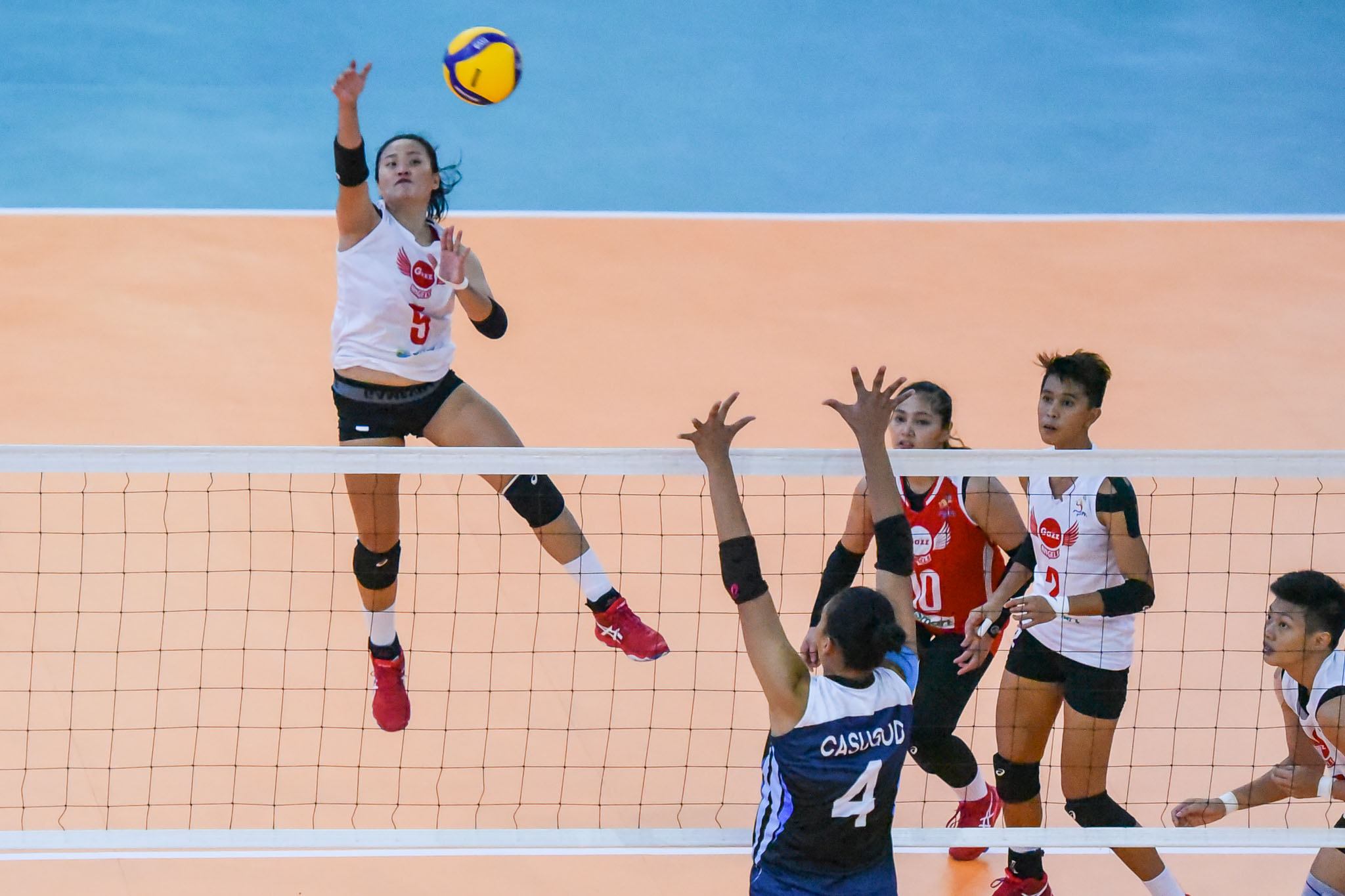 BACARRA, ILOCOS NORTE — Petro Gazz boosted its semifinals bid by booting BaliPure out of contention through a 25-20, 26-24, 25-23 win in the Premier Volleyball League Open Conference at the PCV Socio-Civic and Cultural Center, Tuesday.

The Angels tied Cherry Tiggo at the third spot with identical 5-2 records. They also eliminated the Water Defenders, who suffered their fifth loss in seven outings.

After a tug of war for the lead, Petro Gazz got its much-needed separation in the form of a 22-18 advantage. They did that by capitalizing on Graze Bombita’s multiple attack errors.

Roselle Baliton and Gyra Barroga fired back-to-back hits, but Myla Pablo answered back for a 23-20 lead.

Bombita converted another for BaliPure, then an error on the receiving end put the Angels at match-point, 24-21.

Bern Flora and Geneveve Casugod kept the Water Defenders alive. But Grethcel Soltones ended the match with a cross-court hit.

Soltones led the Angels with 14 points off nine attacks, four aces, and a block. Ria Meneses finished with eight points, while Pablo and Jerrili Malabanan added seven each.

Remy Palma sat out the match for Petro Gazz.

On the other hand, Bombita unloaded 18 points in the loss. Sati Espiritu and Casugod contributed 10 and nine, respectively.

Petro Gazz will go up against final four contender Sta. Lucia on Thursday at 6:00 PM. Meanwhile, BaliPure looks to save face against PLDT on the same day at 3:00 PM.