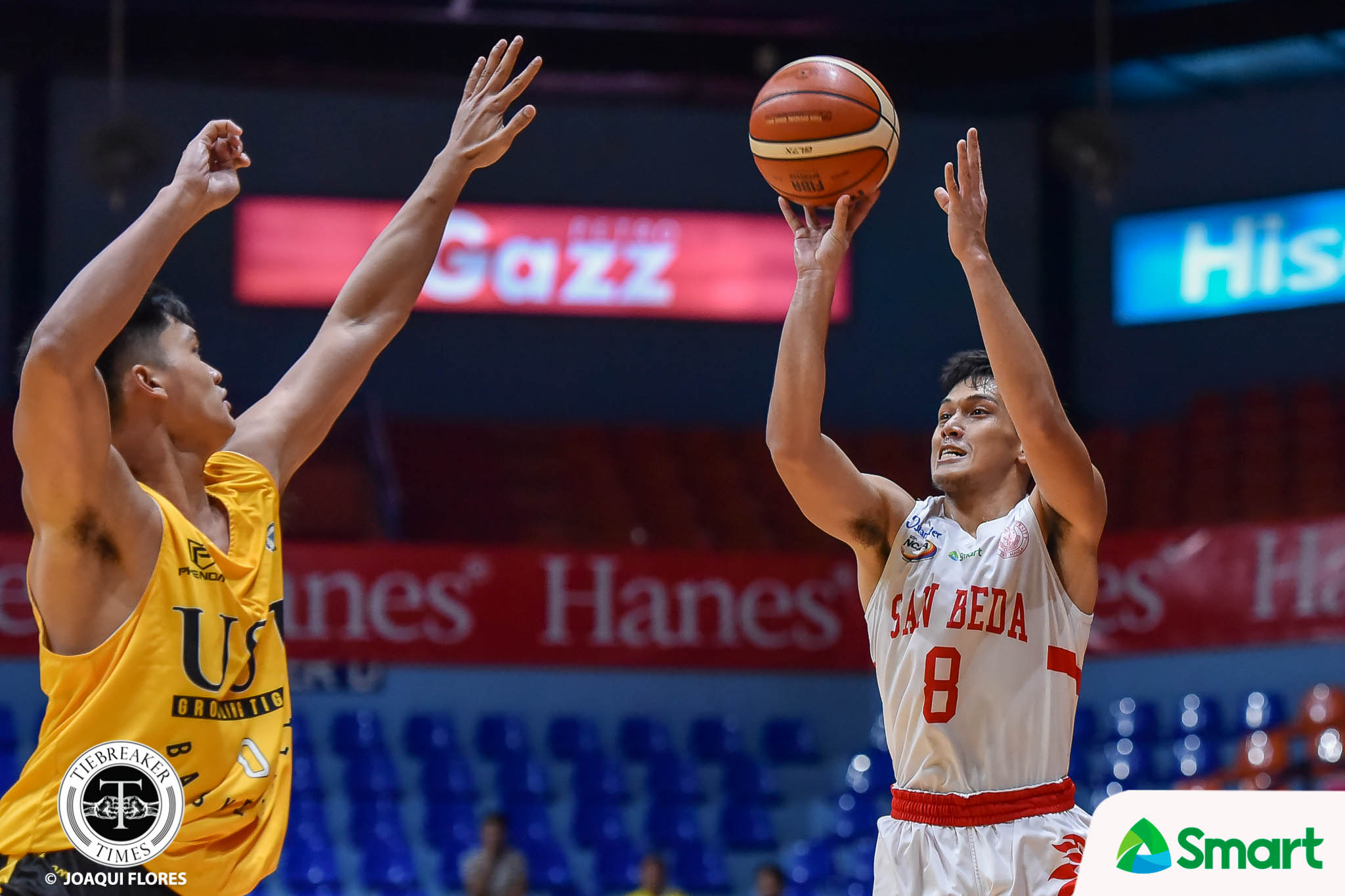 With the win, the Red Lions advanced to the Final Four of the national collegiate basketball championship with a 2-1 slate. Their sole loss came at the hands of Ateneo on opening day.

And it was a big one for the recovering San Beda program, since it took down arch-rival Letran and NCAA counterpart UST to move on to the next stage of the tournament.

Still, San Beda needed to survive a UST surge to take this game.

Up by as much as 17 points, 65-48, early in the final frame, CJ Cansino and Mark Nonoy chopped into the lead. The duo cut it to 69-63 with three minutes left in the game.

Peter Alfaro was able to stop the bleeding with an and-one, though, followed by the game-sealing baskets courtesy of reigning NCAA MVP Calvin Oftana.

“I thank my guys for stepping up our game today,” expressed Fernandez. “Last week, we were under the weather. We were trying to rest everyone just trying to get some preventive measures.

“Buti na lang coming into today, everyone was healthy. We came out and everyone went to play very well,” he continued.

On the other hand, CJ Cansino led the way for UST  with 21 points and nine rebounds. Brent Paraiso added 12 points.

Rhenz Abando did not play in the game due to sore eyes.

The Growling Tigers ended their campaign with a 1-2 slate,

San Beda will next face Luzon champion University of the Philippines on March 7 at Ynares Pasig.

Ronnel Hualda to captain Go for Gold in Ronda Pilipinas