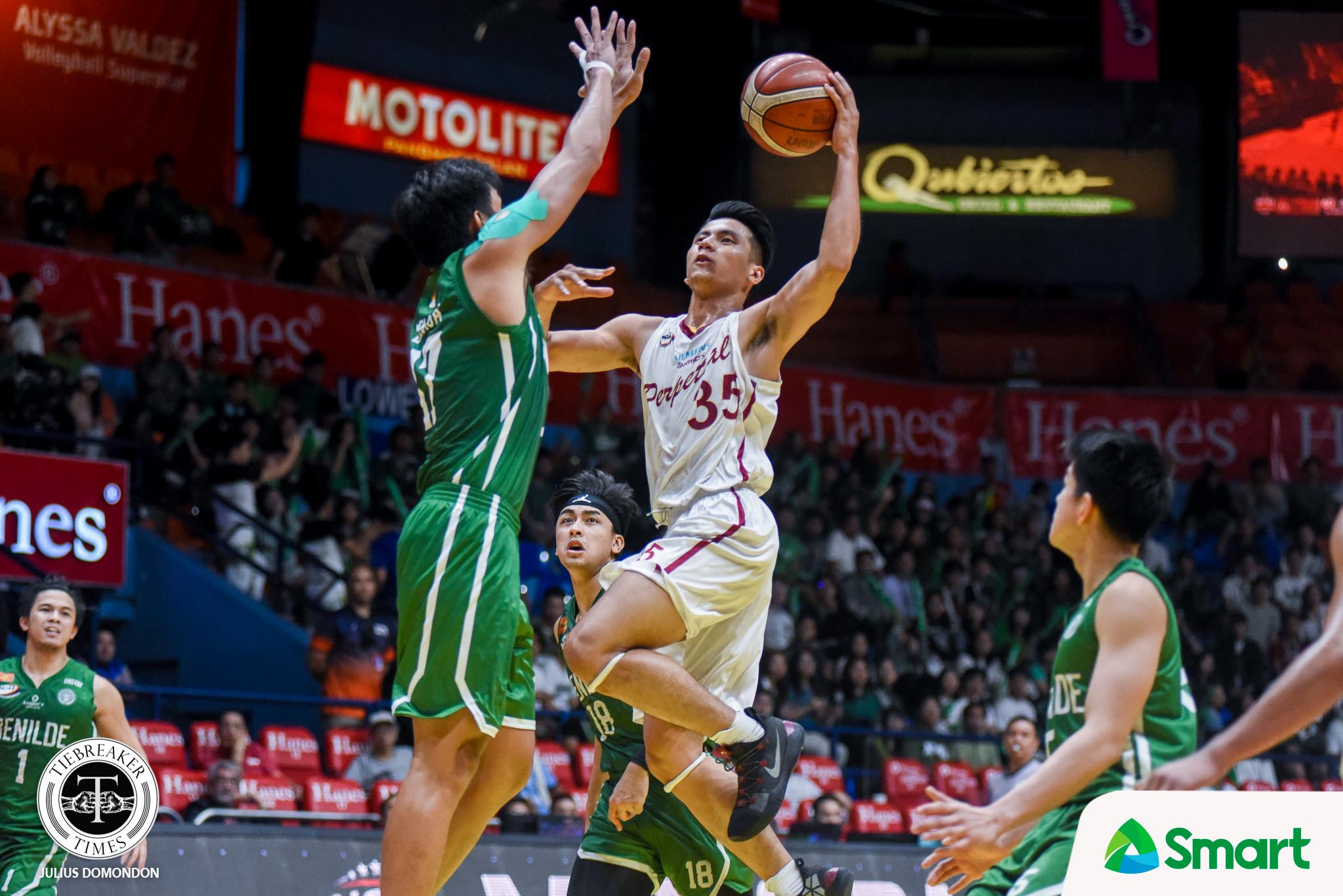 In a stunner, the Perpetual Help Altas stormed back from a deep deficit, then did just enough to stave off the skidding Saint Benilde, 85-83, in the NCAA Season 95 Seniors Basketball Tournament, Friday at the Filoil Flying V Centre.

The victory was a reprieve for the Altas, as they snapped a five-game skid to go up to 4-10. They also kept their slim Final Four hopes alive.

“We just have to get better especially in our practices. We’re not just talking about my starters but the whole team as a whole,” said second-year Perpetual head coach Frankie Lim.

Perpetual has Kim Aurin to thank for this one, though.

Aurin, who suffered a cut during the quarter, had a career-high 29 points to go along with 11 boards.

Perpetual led by as much as 11 points, 81-70, after another 15-4 rally capped by five straight points by Ben Adamos.

Adamos had 10 points and eight boards, while Tonton Peralta and James Labarda added 11 and 10 markers respectively.

The troika of Prince Carlos, Carlo Young, and Justin Gutang powered a late-game surge by Benilde, cutting the lead down to two with 9.2 seconds left. Though they got a stop, Carlos’ desperation three missed late to continue Benilde’s meltdown.

Benilde, who started the season with a 5-0 slate, suffered their sixth consecutive defeat to fall to 6-8.

Perpetual will next face the JRU Heavy Bombers on Tuesday, October 8. Benilde look to snap their skid when they face the EAC Generals on the same day.