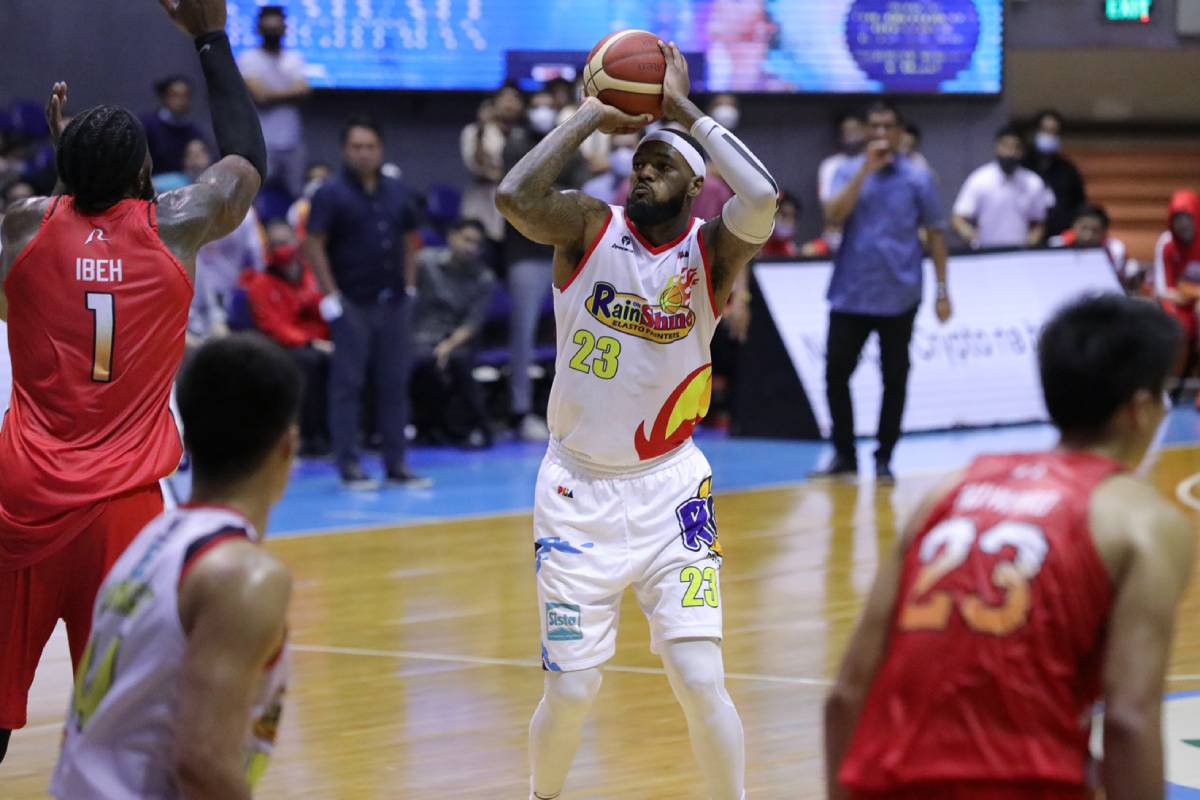 Steve Taylor Jr. showed up in the endgame as Rain or Shine escaped NorthPort, 76-75, to bounce back in the PBA Commissioner’s Cup, Friday night at the SMART Araneta Coliseum.

Asked by no less than head coach Yeng Guiao the last time out to perform more, the American reinforcement nailed the go-ahead bucket inside with 18.3 seconds left before blocking Roi Sumang on the other end to save his side.

Taylor, Jr. finished with 20 points and 16 rebounds as the Elasto Painters improved to .500 by winning their fourth game in eight outings.

“Well, he won the game for us. He got the winning basket,” lauded Guiao of the Toledo product, who also had two steals, a block, and an assist.

Anton Asistio made his presence felt as well with 12 points on three triples for Rain or Shine. Santi Santillan chimed in 10 markers and three rebounds.

Santillan was also instrumental in the dying seconds, securing the missed free throw of Taylor Jr. with five ticks left to help the Painters complete the escape — and in averting disaster after losing an eight-point early in the fourth.

RoS now heads into the final stretch of its eliminations campaign, beginning with Bay Area next Friday, 3 p.m. at the Ynares Center in Antipolo.

Robert Bolick led NorthPort with 18 points in their third straight loss. William Navarro had 13 points and 11 rebounds, while Prince Ibeh tallied his own double-double with 10 and 11 with three blocks.

#ReadMore  Three UFC vs ONE super-fights we need to see

It couldn’t be any more disappointing for the Batang Pier, who actually took a 75-74 lead with 1:34 left behind Kevin Ferrer’s layup but faltered.