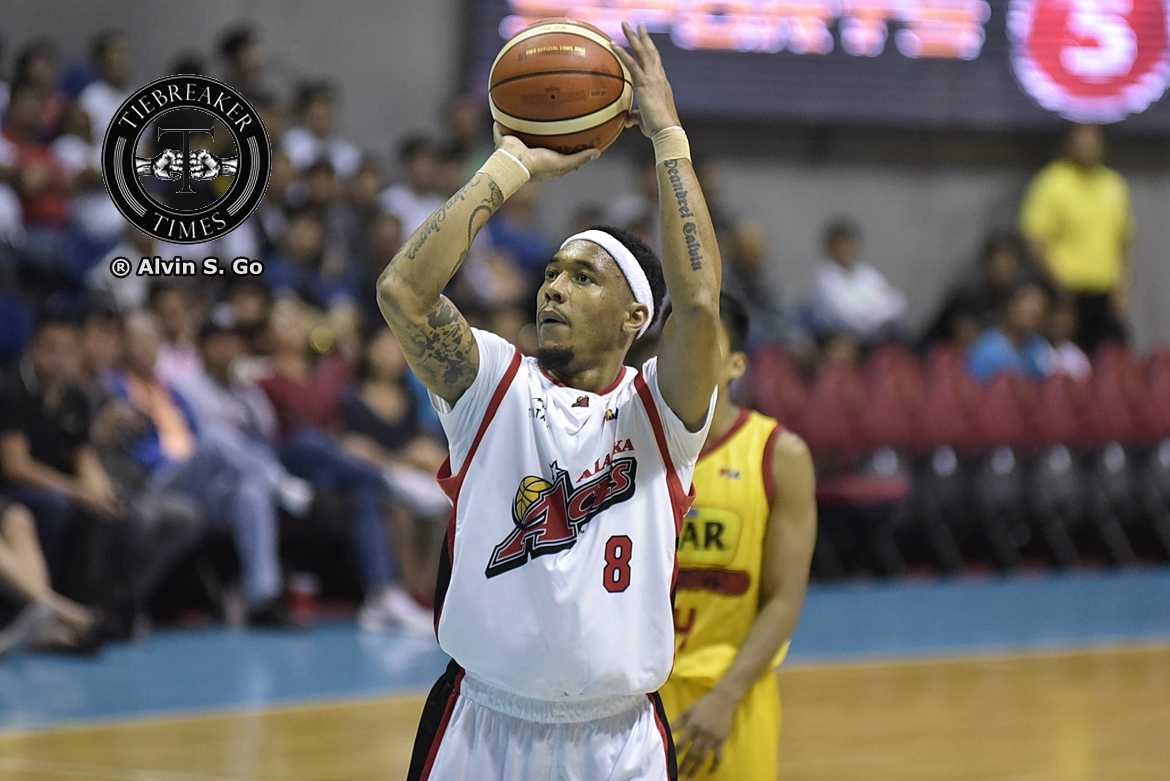 With both teams coming off respective losses, Alaska Aces returned to the win column first after evading Star Hotshots in extra time, 97-90, in the 2017 PBA Philippine Cup Wednesday night at the Araneta Coliseum.

With the victory, Alaska’s record improves to 4-3, tying them with Globalport and TNT in the third spot of the standings, while Star went down to 3-4 and crashed to the ninth spot.

Vic Manuel led the Aces’ scoring with 25 points on 10 of 16 from the field to go along with eight rebounds. Forward Calvin Abueva, who starred in OT, collected 23 markers off 8 of 16 shooting and nine boards.

Guard RJ Jazul supplied 13 by shooting 3 of 5 from beyond-the-arc. Fellow floor general Jvee Casio contributed 10 markers to round up all Aces’ scoring leaders.

“What a game,” said an exasperated Compton.

17 seconds later, Abueva then provided a much-needed three-pointer from the left wing to send the Aces up, 86-83, with 2:26. Star tried to equalize, but attempts by Mark Barroca and Maliksi missed their mark.

However, Maliksi kept on gunning from afar, until he sank one from the left wing to tie it once more, 86-all, with 1:21 left. From there, both squads tried to score one more, but all their shots missed.

The Aces had a clear chance to seal the deal with a game-clinching basket, but an 18-footer by Abueva over Marc Pingris hit nothing but air, sending the match to an extra five minutes.

Making up for his missed game-winner, Abueva stepped up in OT, scoring five of Alaska’s 11 markers to keep Star at bay. A pair of charities by Chris Banchero with 12.5 sealed it for the Aces.

The game was momentarily halted with 4:40 left in overtime due to the game clock shutting off.

Maliksi starred for the Hotshots with 15 points of his highlighted by three triples, which all came in the final frame. Center Rafi Reavis posted a near double-double of 13 points and eight rebounds to back him up.

Barroca and Paul Lee each had 10 markers in a losing effort.

“Credit them that you can’t take away all their threats because they’re so good,” Compton said about Star.

In terms of team stats, Alaska won in shooting, making 34 out of their 73 attempts. They also dished the ball better six times, 21-15. However, the rebounding battle displayed a huge disparit,y with Alaska at the losing end, 57-46.

Both squads will play this Sunday, January 15, still at the Big Dome. The Aces will take on Blackwater at 4:15 PM, while the Hotshots will face TNT at the 7:00 PM slot.