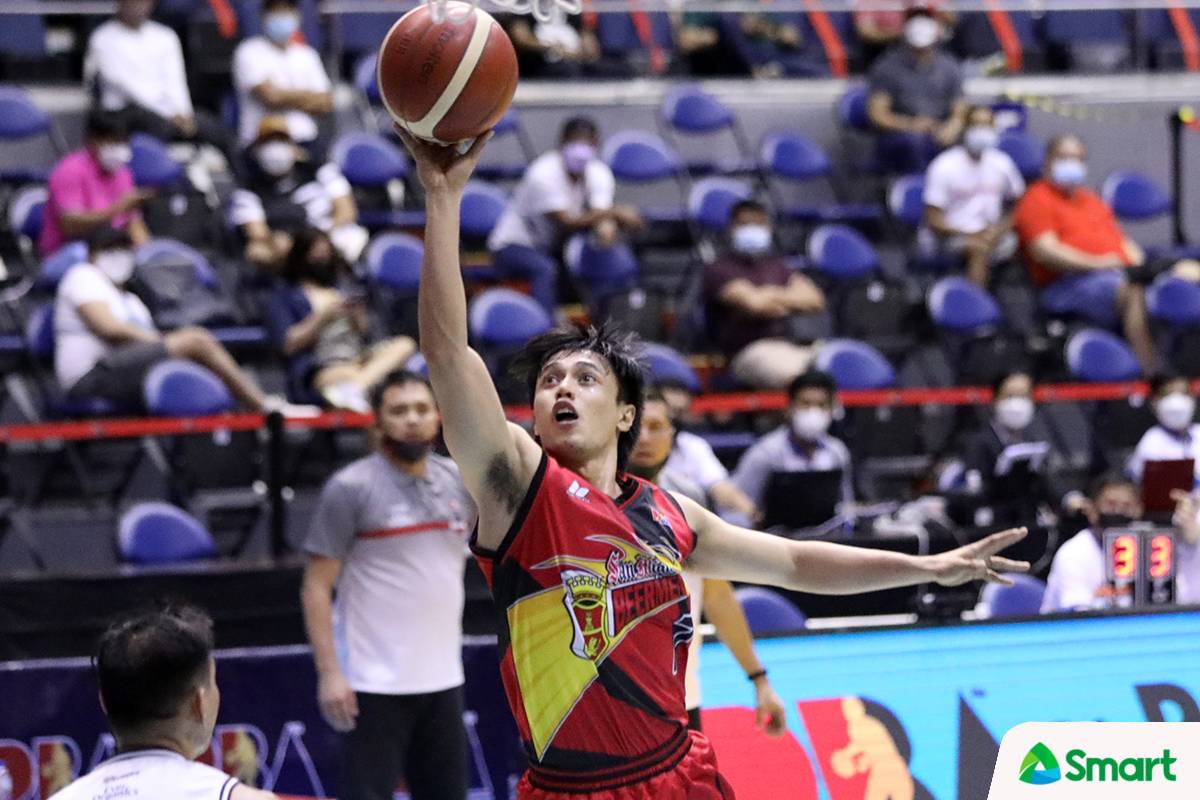 Terrence Romeo came up big as San Miguel added to the problems of Terrafirma, 100-88, to collect its third consecutive win in the 2021-22 PBA Governors’ Cup, Sunday evening at the SMART Araneta Coliseum.

The three-time scoring king finished with 23 points, including four of the Beermen’s last six points to repel the Dyip as the latter came to within just six with less than two minutes left after being down by as much as 31.

He also made 11 in the opening frame alone, leading his side to take control of the game that early to eventually stretch their fiery streak after starting the season-ending conference with back-to-back losses.

“We had a lot of sacrifices in these last few weeks, knowing that we’re down 0-2 and it’s hard to climb back because most of the teams are really focused on this game,” said head coach Leo Austria post-game.

“But I have to commend the players because of the sacrifices in spite of the holiday, they are always present in practice because they know the importance of our games after two consecutive losses and I’m happy for them.”

Brandon Brown finished with 23 points as well, on top of 10 rebounds and five assists. CJ Perez made 17 points and eight boards, with five dimes also.

The match was supposed to be a reunion of sorts between SMB and former gunner Alex Cabagnot. But the 39-year-old was out due to an Achilles injury.

“I hope what happened to him is just minor. I know Alex for a fact na every time he suffers injuries, he’ll be back stronger. I’m happy for him he’s playing well, unfortunately that incident, it’s beyond your control e,” said Austria.

Meanwhile. Juami Tiongson paced Terrafirma with 21 points on five three-pointers, one of which pulled his side to within 88-94 with 1:54 left. That, unfortunately, proved to be their last hurrah as Romeo took over.

Antonio Hester backed him up with 19 points, seven rebounds, and five assists as the Dyip absorbed their third straight defeat.

Both squads will go back in action on January 8. San Miguel will battle Phoenix at 6:00 p.m., right after the 3:00 p.m. clash between Terrafirma and Alaska.