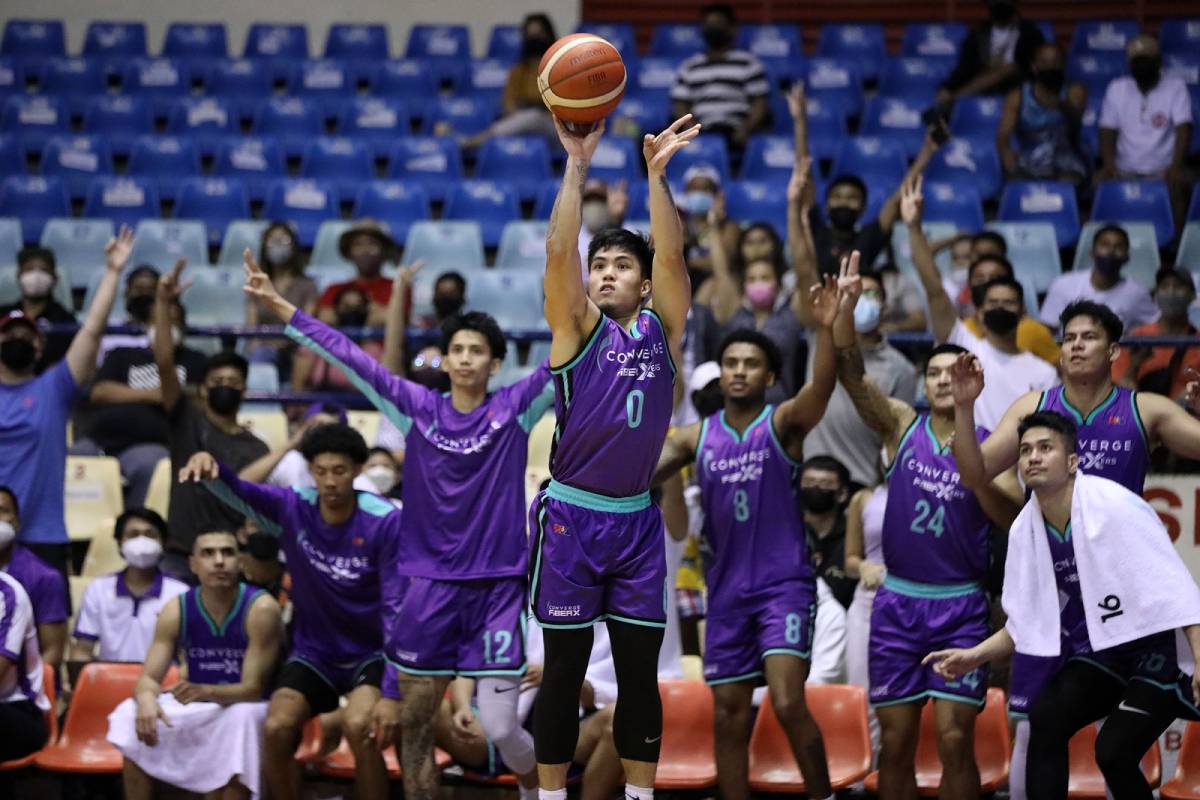 RK Ilagan saved the day as Converge stunned Magnolia in overtime, 89-82, to break through in the PBA Philippine Cup, Friday night at the Ynares Center.

The sophomore nailed a triple with 3.6 ticks left in regulation to send the game into another five minutes and then opened OT with another trey that completely shifted the momentum on the FiberXers’ side after being down by 20 early.

Ilagan finished with 14 points on a 4-of-8 clip from beyond the arc, on top of four rebounds, two steals, and an assist in over 22 minutes of play.

“When you’ve proven that you can hit the big shot, you have to keep going,” said head coach Jeff Cariaso, recalling Ilagan’s game-winner against Meralco in the last Governors’ Cup. “The second time around, it was easy for me.”

Heroes were aplenty that helped the league’s newest ball club earn its first win, with Jeron Teng leading the pack with 19 points and seven rebounds.

Maverick Ahanmisi, in his first game after coming to terms with the team, supplied 14 points. Ben Adamos scored 10, while Justin Arana was a point shy from a double-double with nine markers and 12 boards.

Ahanmisi and Arana helped out Ilagan in finishing the game. The former followed up his backcourt partner’s three with a one-hander, and the rookie big man nailed a hook shot against Calvin Abueva with 1:47 left.

The Arellano product went on to secure an important rebound not long after, hauling down Jerrick Ahanmisi’s triple on the other end — a shot that could also be a microcosm of Magnolia’s woes as the crew went scoreless in OT.

Cariaso couldn’t be any happier for the FiberXers to finally notch that first win after falling short to Rain or Shine in the season opener last Sunday.

“It’s their first time in the PBA, so you want to give them that first win,” he said. “We’re happy that we finally got that first win out of the way.”

Converge will look to get going against TNT (1-1) in a battle of telco giants on Independence Day, 4:30 p.m., still at the same venue.

Ian Sangalang paced the Hotshots with 22 points, carrying the fight down the stretch for a squad dealing with the absence of Paul Lee and, later on, Mark Barroca, who suffered calf problems during the second half.

Jio Jalalon had 13 points and nine assists as he took the lead guard role for their depleted backcourt. Abueva had 13, while Ahanmisi added 12 in the Hotshots’ first 0-2 start since the 2019 Commissioner’s Cup.

Magnolia tries to get its first win of the season when it takes on NorthPort on Wednesday, June 15, 3:00 p.m. also at the Ynares Center.