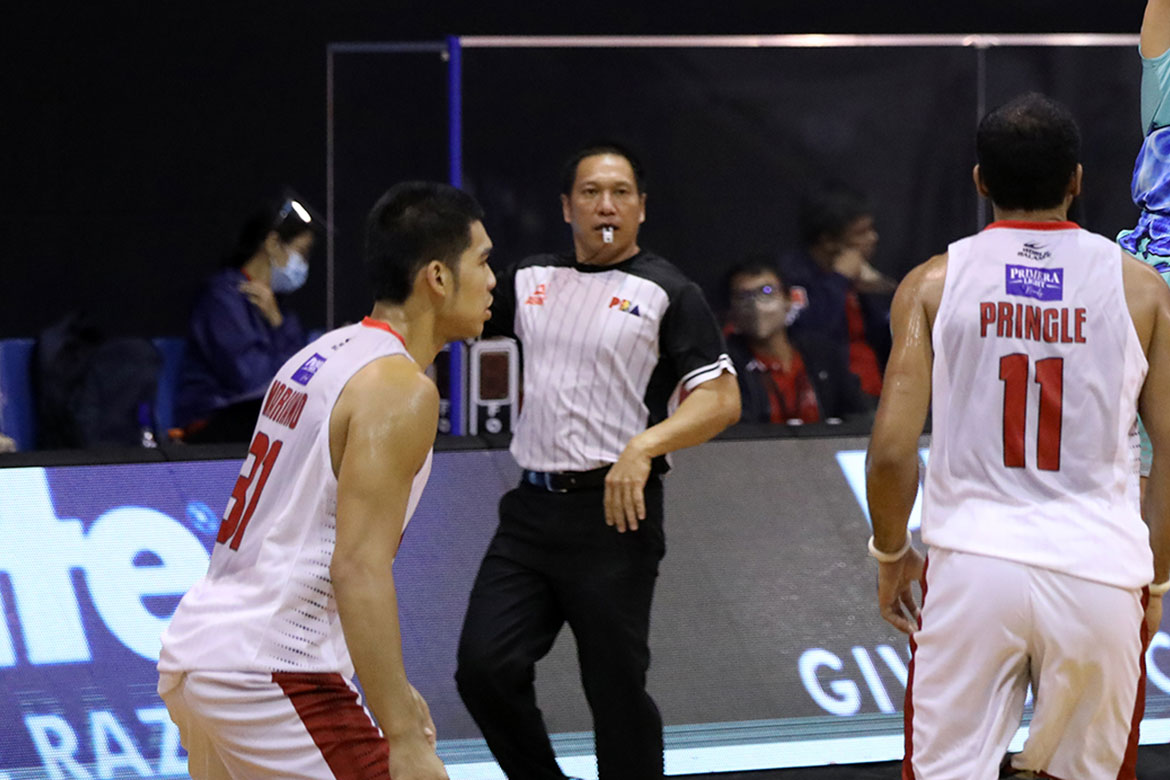 The PBA brought sixteen referees for its season resumption inside the bubble at the Clark Freeport Zone in Pampanga, but only seven called Wednesday’s Philippine Cup double-header games.

Eight refs are currently under quarantine after coming into close contact with a fellow game official suspected of testing positive with COVID-19 — the first-ever case reported inside the bubble.

The seven left behind should have been eight, but Sherwin Pineda has been sent home following the wrong call he made late in Rain or Shine’s 70-68 win over NorthPort last Sunday.

With the limited manpower, one referee, Jeffrey Tantay, had to officiate both games, which featured NLEX versus NorthPort and Barangay Ginebra San Miguel up against Phoenix Super LPG.

And that might be the set-up in the coming days.

Help is on the way, though, as Marcial said that he has called up the other referees left in Manila to come over to the bubble and fill in the gaps. But they will have to wait again, since they all have to undergo protocols upon arrival.

For now, Marcial will do what he can to take care of the seven refs.