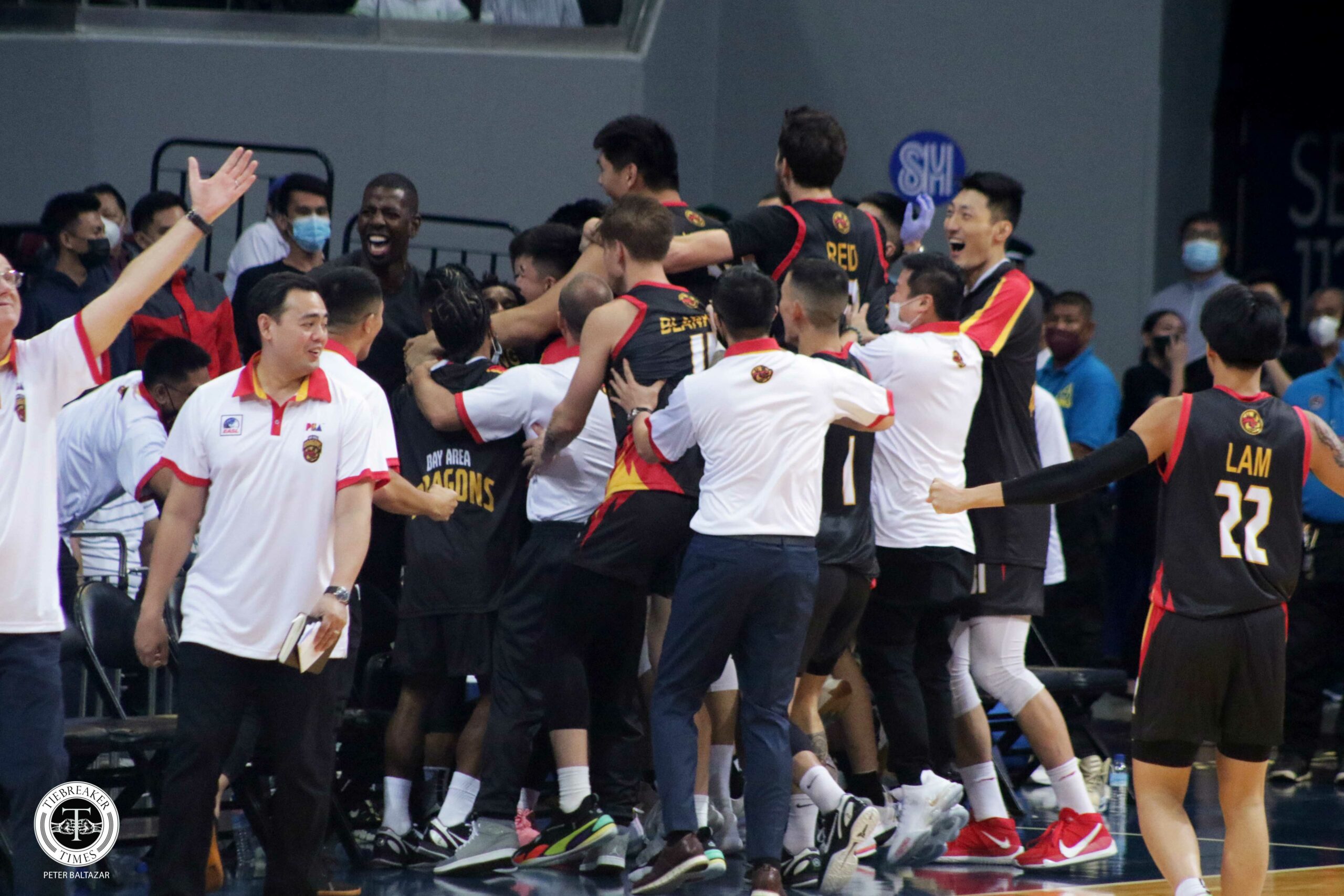 Myles Powell came through in the nick of time as Bay Area pulled off an escape act against NorthPort, 105-104, to take pole position in the 2022 PBA Commissioner’s Cup, Saturday evening at the Mall of Asia Arena in Pasay.

The former NBA cager nailed a tough stepback trey at the buzzer, helping the Dragons pass what turned out to be an early test for the guest team after starting their campaign with a 46-point win over Blackwater.

He finished with 37 points, six assists, and four steals as the Hong Kong-based ball club got their second win in as many games.

“He made a hell of a play,” lauded head coach Brian Goorjian. “I had a timeout and they were yelling at me. But my philosophy is when you’ve got motion… and for us, this new team, new brand, we don’t have a lot for a timeout.

“I thought it was better in flow, in momentum. That’s what I’ve done my entire career. If it’s under 15 seconds left and you’ve got the momentum going, let them play,” he added, explaining why he didn’t sue for time for the last shot.

Hayden Blankley had 15 points and 10 rebounds with five assists, while 7-foot-5 center Liu Chuanxing had 13 markers and five boards in the win.

Bay Area will look to extend its winning streak to three when it takes on the 0-2 Phoenix next Saturday, 4:30 p.m., at the Philsports Arena.

Robert Bolick powered the Batang Pier with a career-high 33 points, together with three rebounds and five assists in the defeat.

Arvin Tolentino tallied his career-best in scoring as well with 22 points as he, Bolick, and Roi Sumang joined hands in the endgame and nearly replicated their winning combination against the Fuel Masters last Wednesday.

The two spitfire guards joined hands to give their side the 104-102 lead with 1:08 remaining, while the do-it-all forward managed to pull off a huge stop on the other side of the floor with a steal mere seconds later.

However, NorthPort failed to wham the nail in the coffin when Arwind Santos missed a contested lay-up with less than a minute to go.

The Dragons also couldn’t buy a bucket on the other end, but the 2013 MVP missed another crucial shot with about 25 seconds left. Tolentino got the miss but Sumang wasn’t also successful in putting the game away.

Kobey Lam hauled down the board, leading to the heartbreaking yet impressive game-winner by Powell from the left wing as time expired.

“It was probably the best test that we’ve had all year since we’ve been here,” offered Powell, who scored 28 of his points in the second half. “Like I said the last time I was here, Coach has been doing a good job preparing us.

“The whole time when we lost the lead, everybody came back to the huddle and we just said we needed a stop. And we just executed. We got a stop, we came down, we put the ball in my hands, and it was game time.”

NorthPort (1-1) will try to get back on track when it battles Meralco on Friday, September 30, 3:00 p.m., also at the Philsports Arena.