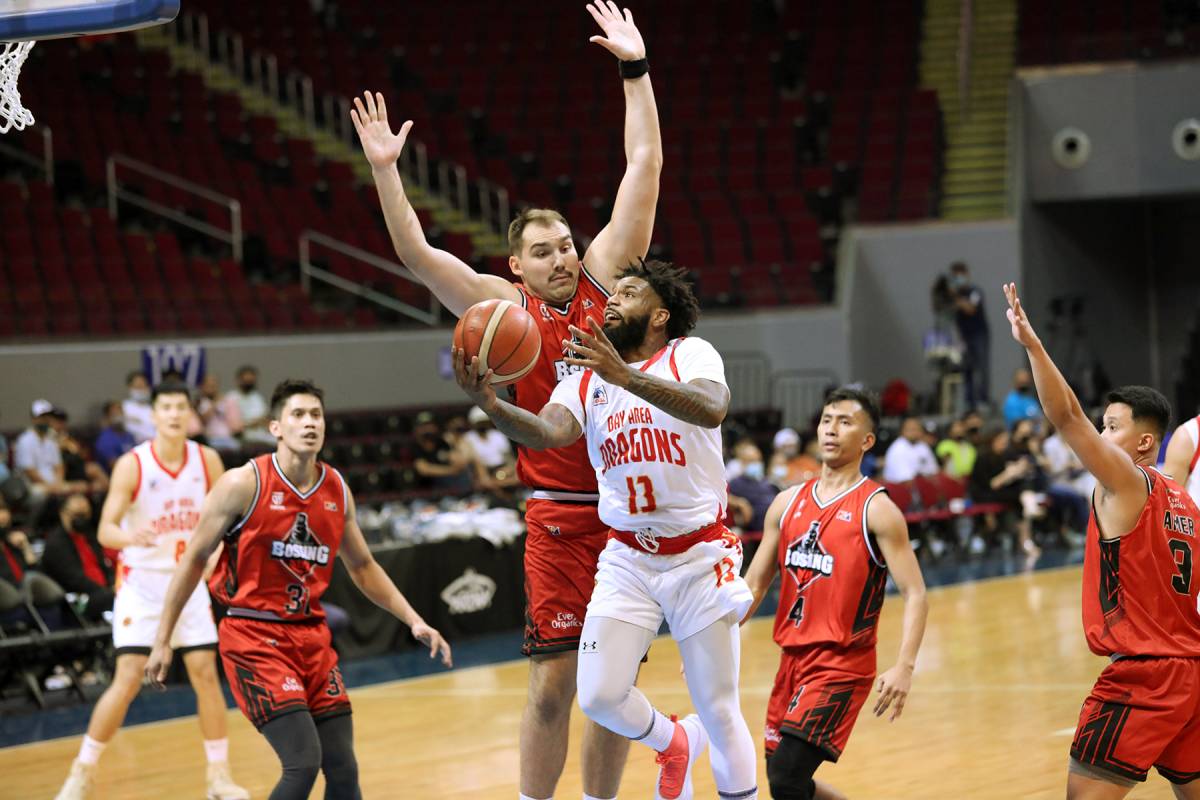 Bay Area introduced itself in a big way through a masterful 133-87 conquest of Blackwater in the 2022 PBA Commissioner’s Cup curtain-raiser, Wednesday at the Mall of Asia Arena.

Myles Powell dazzled with 41 points, 26 of which he made in the first half alone to power the Dragons’ early breakaway. That saw them take a 64-36 lead at the break en route to the biggest winning margin ever posted by a guest team.

The former NBA cager also collected eight rebounds and three assists in the massive 46-point mauling. And, according to league stats chief Fidel Mangonon III, that was the 10th all-time biggest win margin in league history.

“We’re playing through Myles with the ball in his hands,” said Bay Area head coach Brian Goorjian. “I thought he made good decisions getting everybody involved, and he was somebody they had trouble guarding.”

Greg Yang supplied 22 points, five rebounds, and seven assists, while Kobey Lam and Zhu Songwei had 13 points apiece. Hayden Blankley chimed in 11 markers in the win that saw all 12 players fielded score at least one.

“I think what it says is sometimes you get that lead and what we had we said is we had the quality right through the bench,” said Goorjian on the lopsided win, where his crew shot 55.3-percent from the floor, including 16 triples. “Those guys coming in, we didn’t go backwards when we went to our substitutes. They provided more.”

Peparing for the East Asia Super League, Bay Area (1-0) will next face NorthPort on Saturday also at MoA.

#ReadMore  At age 72, Robert Jaworski throws name if 'Return of the Rivals' gets a sequel

Meanwhile, Ato Ular had 13 points and 14 rebounds to lead Blackwater in the franchise’s worst defeat ever.

Rashawn McCarthy had 11 points, while Baser Amer added 10 for the Bossing.

Blackwater have now lost seven straight games dating back to the elimination round of the 2022 Philippine Cup. Their slump began after a 5-1 start.

The loss served as a rude welcome for Troy Rosario, who joined his new team but did not see action.

The 6-foot-7 forward, together with Gab Banal, was traded to Blackwater in a three-way deal that involved their former team TNT and NLEX – a deal featuring the very same ball clubs that have figured in trades in the past.

The Bossing (0-1) will look to snap out of their funk against Phoenix Super LPG also on Saturday.