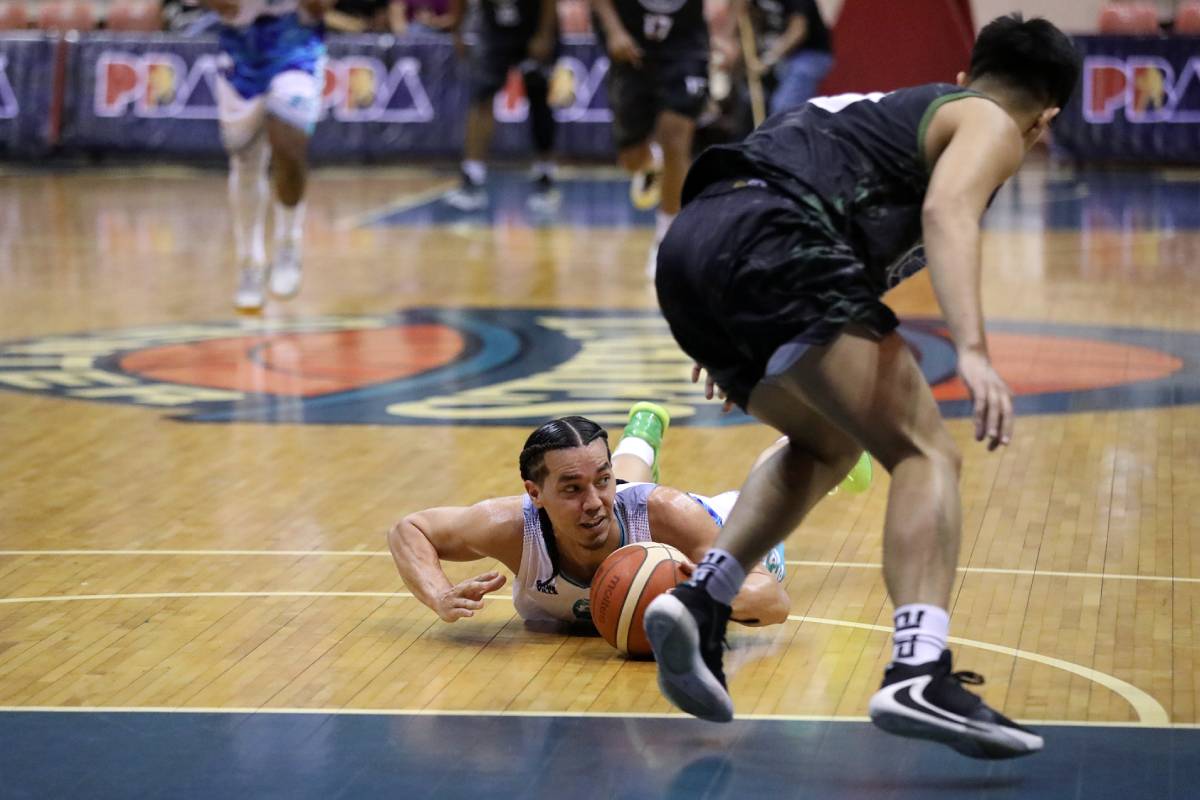 ANTIPOLO – Phoenix Super LPG finally barged into the win column by keeping the undermanned Terrafirma winless through a 23-point beatdown, 97-74, in the 2022 PBA Philippine Cup, Friday at the Ynares Center here.

Jason Perkins and Encho Serrano sparked the second quarter pull away, where they turned a slim four-point lead into a 44-24 advantage at the half to set the tone for the one-sided victory after back-to-back losses to start the season.

“As much as possible, we do not want to go deep into the bottom of the standings,” said head coach Topex Robinson.

Perkins led the way for the Fuel Masters with 17 points, on top of nine rebounds and five assists in a turnover-less performance.

Matthew Wright supplied a double-double of his own with 11 points and 10 assists as he ran the one often. Javee Mocon notched 10 points and the same number of rebounds, while Serrano finished with 10 markers as well.

Proving to be a downer for the rookie guard, though, was the apparent ankle injury he suffered from 6:04 left to play after an awkward landing.

Sean Anthony had himself a triumphant return in his first game back since the 2021 Philippine Cup with nine points and 12 rebounds. He was the one who gave his team its biggest lead at 35, 59-24, in the third canto.

“It’s just a matter of us being a better team than the last game,” Robinson said as he received plenty of solid performances from his crew. “What we agreed upon is that we continue to trust each other, and play together.”

Meanwhile, Joseph Gabayni had 16 points and nine rebounds to lead Terrafirma, who did not have Eric Camson, Ed Daquioag, and Isaac Go in the match as the three suffered injuries against NorthPort last game.

Daquioag is ruled out of the conference due to a broken ankle while Go is out for the rest of the season because of an ACL injury.

Now at 0-3, the Dyip will look to get their breakthrough win against Converge on Wednesday, June 22, 3 p.m. also at the MoA Arena.