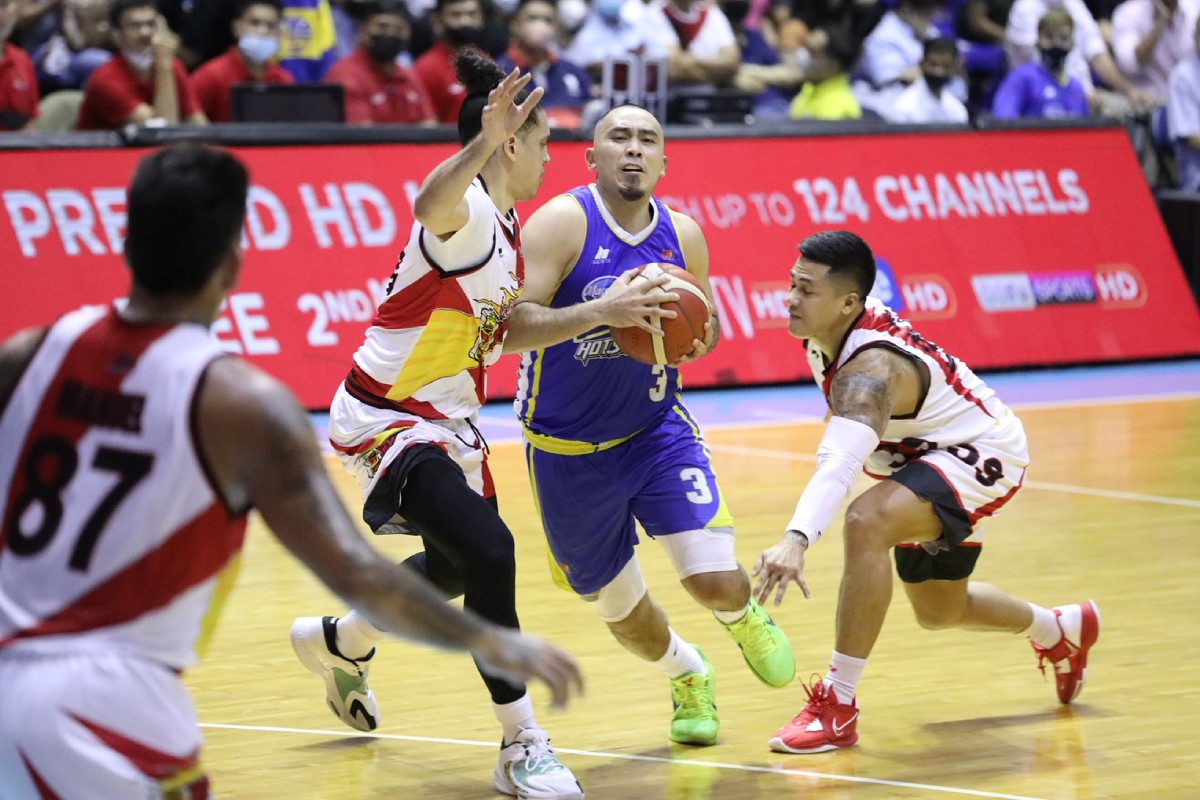 Paul Lee closed it out like what he’s done many times in the past as Magnolia added to San Miguel’s woes, 85-80, to secure a quarterfinal berth in the PBA Commissioner’s Cup, Wednesday night at the SMART Araneta Coliseum.

The veteran gunslinger finished with 14 points, scoring the Hotshots’ last eight points to ward off the Beermen’s late comeback attempt on the way to their third consecutive victory, strengthening their grip on the top spot as well.

Nick Rakocevic starred as well in the triumph with a monster line of 26 points and 28 rebounds, together with three steals and a block.

Ian Sangalang tallied his own double-double with 12 points and 14 rebounds. Mark Barroca chimed in 12 markers also, on top of five rebounds and four assists in the victory that hiked their win-loss record to 8-1.

Magnolia now shifts its attention to Bay Area in one of the highly-awaited match-ups of the tilt this Saturday, 6:45 p.m. at the Philsports Arena.

Devon Scott led San Miguel with 19 points and 17 rebounds in the loss, their second in a row that dragged them to 10th with a 3-5 record.

The trio of CJ Perez, Marcio Lassiter, and Vic Manuel all had 16 points for the Beermen, who actually led by as much as eight early in the match.

If it’s any consolation, SMB saw June Mar Fajardo back in uniform for the first time since undergoing throat surgery last month, an indication that he could see action in Saturday’s match against Phoenix Super LPG at 4:30 p.m.