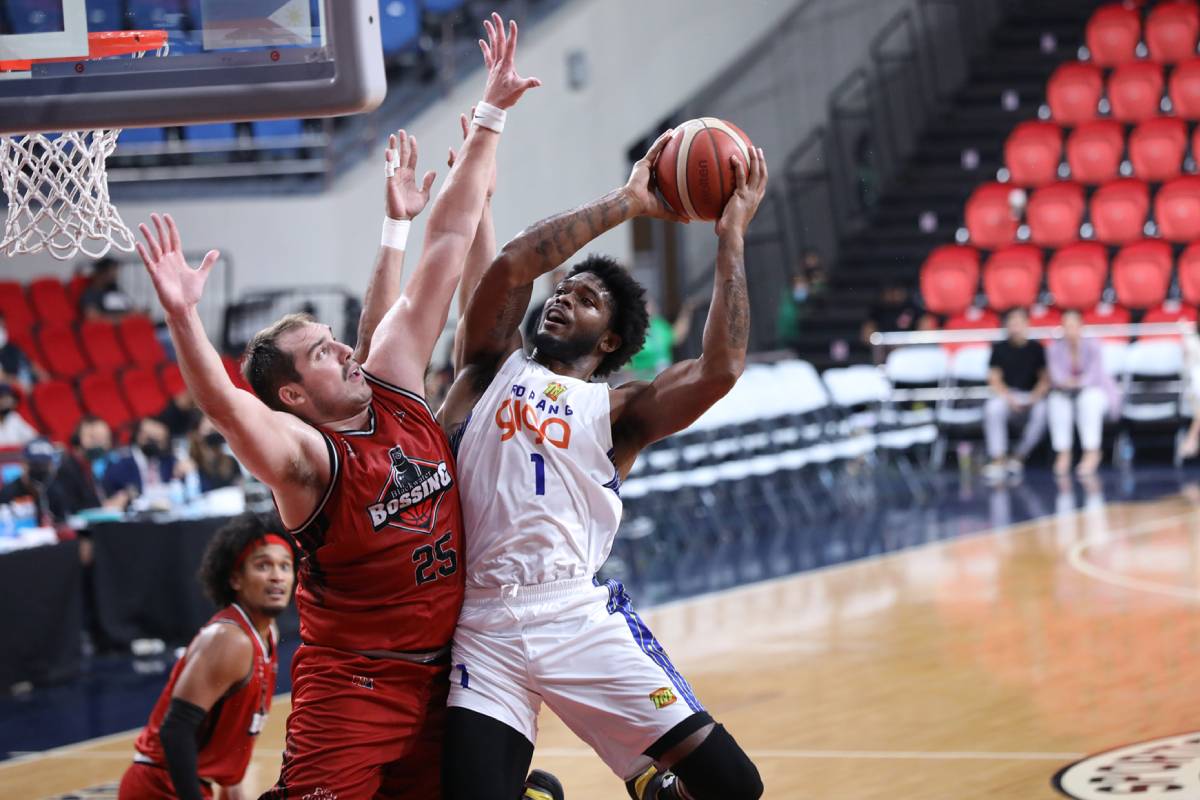 Cameron Oliver and Mikey Williams turned in stellar performances as TNT added to Blackwater’s woes by way of a 109-98 decision to rebound in the PBA Commissioner’s Cup, Saturday night at the Philsports Arena in Pasig.

The ex-NBA cager finished with 38 points and 10 rebounds, while the league’s reigning scoring king tallied a conference-high 28 points as the two helped the Tropang Giga seize control in the second half on the way to their third win.

“My team had a great flow going and I just had to come in and do what I needed to do,” offered Williams as the flagship MVP Group franchise redeemed itself from the shock loss to Frankie Lim and NLEX just last Wednesday.

Roger Pogoy and Calvin Oftana made their presence felt as well with 11 points apiece as the two helped Oliver and Williams in putting away the Bossing for good in the fourth quarter after trailing multiple times prior.

The Tropa, which trailed by nine early, went on to lead by as many as 15 points twice inside the last 1:41 thanks to the Gilas Pilipinas stalwarts.

The crew shot 48-percent from the floor and nailed 10 triples but its defense was truly the key after forcing Blackwater to 31 turnovers.

“We intentionally put a lot of emphases and focus on our defense,” said head coach Chot Reyes. “All of our discussions in practice and in our film sessions were all on defense, specifically our ability to come out and pressure teams.”

The match would’ve actually been TNT’s first against Troy Rosario since trading him to the Bossing by way of a three-team trade that involved the Road Warriors last September, but the 6-foot-7 forward sat out due to plantar fasciitis.

#ReadMore  Pinkney quick to move on from offensive goaltending call

Cameron Krutwig led Blackwater with 25 points and 12 rebounds in the defeat, its second in a row since beating Terrafirma last October 14.

Both squads will hit the court again next week, taking turns facing Converge. TNT will face the FiberXers first on Friday, 3 p.,m. at the SMART Araneta Coliseum, and the Bossing next on Sunday at the Ynares Center.