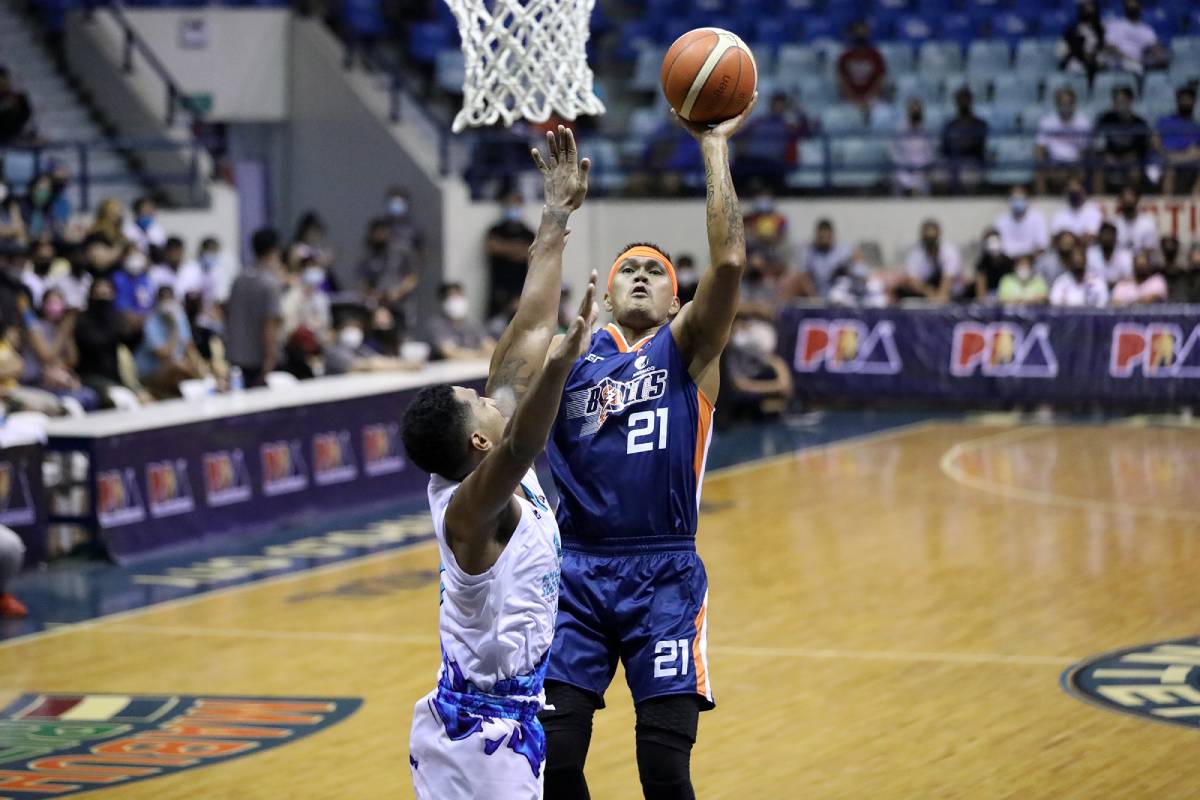 ANTIPOLO – Reynel Hugnatan provided the much-needed spark as Meralco came from behind and beat Phoenix Super LPG, 109-98, to kick off its 2022 PBA Philippine Cup campaign, Saturday night at the Ynares Center here.

The 43-year-old poured 10 of his 17 points in the third quarter alone, hardly needing any break-in time as he immediately helped the Bolts climb back and eventually complete the rally after being down 16 late in the said period.

“I thought some of my other bigs didn’t really flow well with the team, so I decided to put Rey in,” said head coach Norman Black as he did not field the evergreen forward in the entirety of the first half.

Chris Newsome had 21 points, seven rebounds, and seven assists, while Aaron Black supplied 19 markers on three triples as the explosive tandem helped their senior finish the job for a successful start to their season.

The two came through with the important baskets late, with Black hitting one from the outside to stretch to 14, 109-95, with 1:21 left that sucked the life out of the Fuel Masters, who suffered another meltdown and are now 0-2.

Allein Maliksi had 15 points. Raymond Almazan and Bong Quinto had 12 points apiece although the latter was not able to finish the game after being ejected for tossing the ball to referee Sherwin PIneda early in the fourth.

“I was really worried on how we’ll play in the first half. I knew we’ll probably need some time to get some rhythm in the game. I thought everything pretty much changed around when we changed our defense,” Black offered.

Jason Perkins had 28 points to lead Phoenix, whose loss was reminiscent to that of its game versus San Miguel as it also lost a lead.

Matthew Wright had 16 points. RJ Jazul made 13 points, while Javee Mocon added 10 as he has yet to win as a Fuel Master.

Phoenix will look to get its first win against another 0-2 team in Terrafirma on Friday, June 17, 3:00 p.m. still in Antipolo.