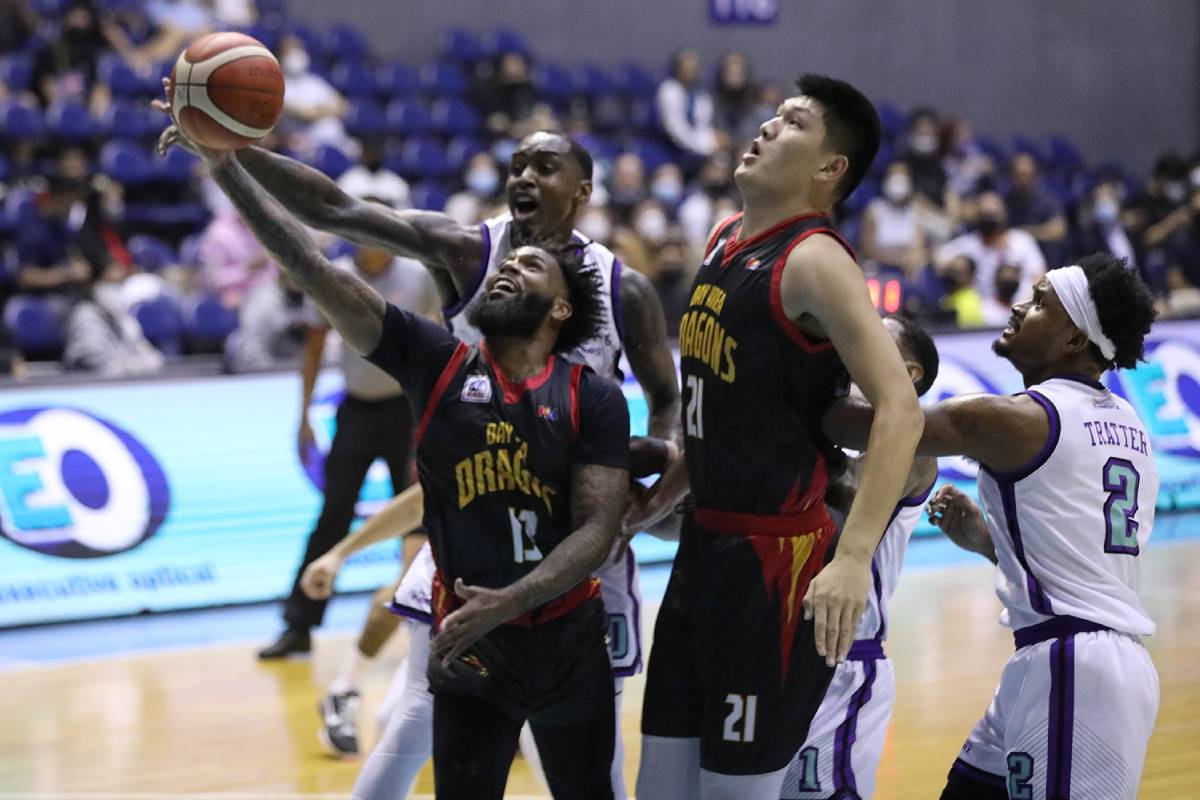 Bay Area weathered the late-game rally of Converge, 106-100, to go 4-0 in the PBA Commissioner’s Cup, Wednesday night at the SMART Araneta Coliseum.

Myles Powell calmly sank his free throws with 11.5 seconds left, slamming the door close on a fiery FiberXers side that came to within just four points after falling behind by as much as 22 points twice in the fourth quarter.

The former NBA cager finished with 33 points and eight rebounds as the Dragons recaptured sole leadership of the team standings.

“I thought we did some really good things offensively against the pressure,” said head coach Brian Goorjian. “Full credit to them, the last four minutes of the game, they put pressure on us and we struggled to score.

Bay Area showed that there’s more to Powell in the gritty win, with Glenn Yang providing 23 points, 11 rebounds, and five assists in his best game yet.

That well-deployed attack is indeed a welcome sight for a Dragons side that will momentarily switch imports from Powell to big man Andrew Nicholson beginning on Sunday against Barangay Ginebra at the Philsports Arena.

The guest team will play with another import in its next four games as agreed upon with the PBA, and will have to choose one between the two former NBA cagers for its ninth game for the duration of its campaign.

“Obviously, he’s an interior player, so offensively, we’ll be throwing it inside a little bit more than we have,” said Goorjian of Nicholson.

“With our team, it puts a lot of pressure with Myles on our frontline, on our bigs. Now, players like Kobey Lam and some of these bench guys are going to be much more important when you take a guard of Myles’ ability out of it.”

Bay Area withstood the 38-point, 14-rebound showing of Quincy Miller, who got Converge to within 104-100 with 1:18 left following a jumper but could no longer come any closer as they could not buy a bucket afterwards.

Maverick Ahanmisi had 12 points, while Allyn Bulanadi and Jeron Teng aded 11 apiece for the FiberXers, who dropped their second loss in a row.

Converge (1-2) will try to bounce back against Johnny O’Bryant and Meralco on October 15, Saturday, 4:30 p.m. also at the Big Dome.