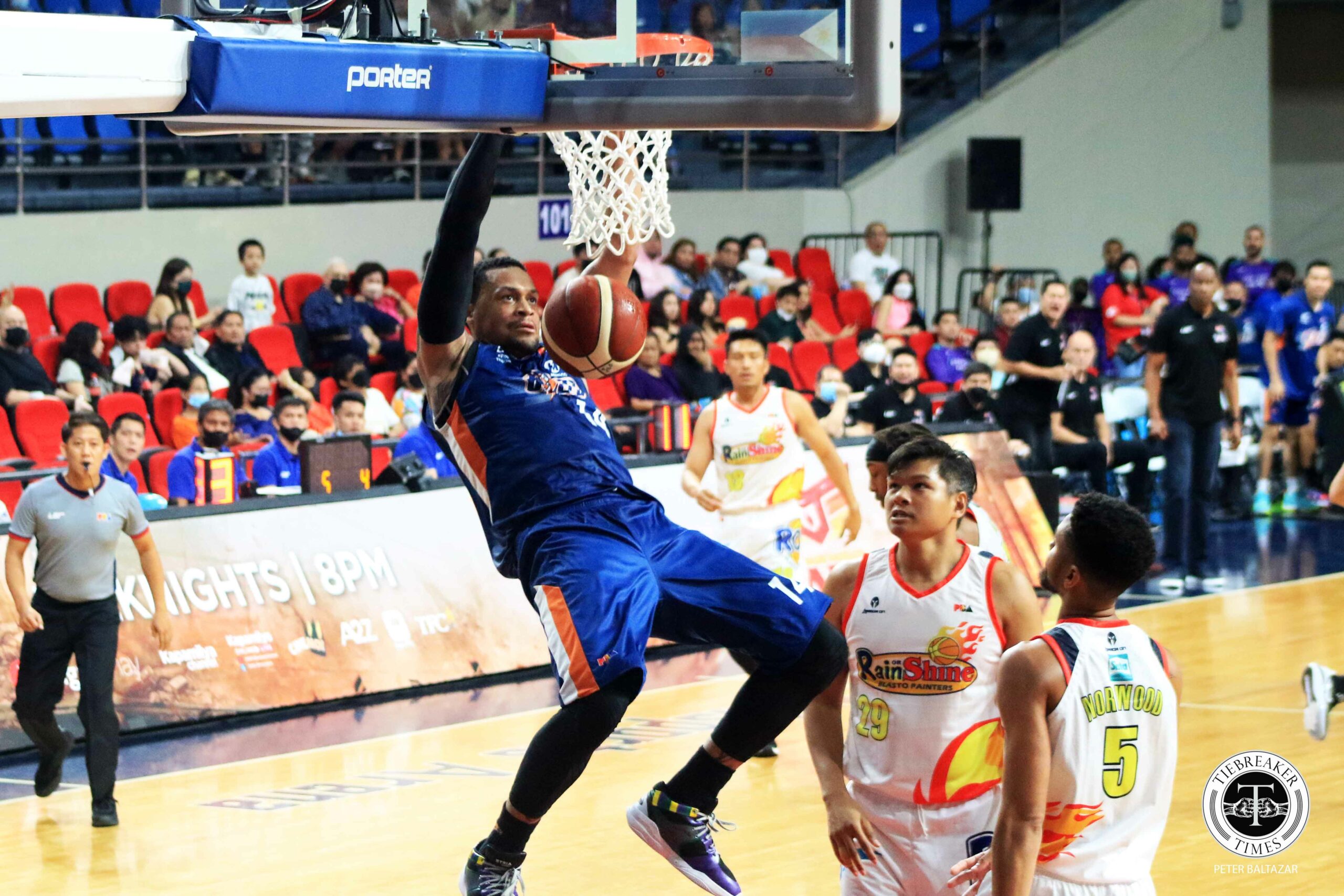 Meralco spoiled James Yap’s return after routing Rain or Shine, 105-87, in the PBA Governors’ Cup opener, Sunday at the Philsports Arena in Pasig.

The 40-year-old appeared to be on pace for a big night in his first game back since 2021 after scoring 12 in the second period alone, but the Bolts came out firing after the break and changed the match’s complexity completely.

Allein Maliksi sparked the Bolts’ 15-4 start to the third quarter for a 69-58 lead with under seven minutes to go, and they would remain in command all the way.

“He’s been gone for so long, I think they forgot how he could play,” offered head coach Norman Black on Yap. “We didn’t do a good job crowding him and making him put the ball on the floor … and he’s James Yap. ‘Nuff said.”

KJ McDaniels set the pace for Meralco with 27 points and 23 rebounds as he played against his former mentor in NLEX in Yeng Guiao.

Chris Banchero supplied 17 points, five rebounds, and five assists. Maliksi finished with 16 points, while Bong Quinto made 11 markers for a side that missed Aaron Black due to a knee contusion he suffered in practice.

The win also served as a fitting welcome for Chris Newsome, who returned to action after missing essentially the whole Commissioner’s Cup due to leg injuries. The Meralco main man scored 10 in his comeback.

“We were able to make defensive stops and get the rebounds which are very, very important,” said Black of the win as they dominated the boards, 64-43.

Meralco will try to make it back-to-back against Coach Bonnie Tan and NorthPort on Thursday, January 26, 6:45 p.m in the same venue.

Top-scoring for Rain or Shine, meanwhile, is Rey Nambatac with 21 points as the locals tried to pick it up on a night Michael Qualls couldn’t find the mark.

Back for his second tour of duty, the American forward had 14 points, majority of which he got from the foul line (8-of-13) as he only shot a measly 3-of-21 from the floor. He added 15 rebounds, four assists, a steal, and a block.

It was totally far from the 53 points he made during their tuneup match before the season-ending conference, where RoS beat Meralco.

“That might have been a blessing in disguise, actually, because we had a chance to watch him, scout him, and come up with a defense to go up against them. And it worked pretty well tonight,” said Black.

Two-time league MVP Yap also had 14 points, while Asistio added 10 in the loss that saw the Elasto Painters fail to sustain their 32-24 lead in the second period,

Making the loss even tougher to swallow for the Elasto Painters is Gian Mamuyac’s exit with 1:12 left in the third due to a left ankle injury. The young winger left the match with 10 points, a rebound, and a steal.

Rain or Shine was already without forward Leonard Santillan due to a sprain. The sophomore was with the team but clad in civilian clothes.

The Elasto Painters will face another MVP team in TNT on Friday, January 27, 5:45 p.m. at the Ynares Center in Antipolo in a bid to bounce back.