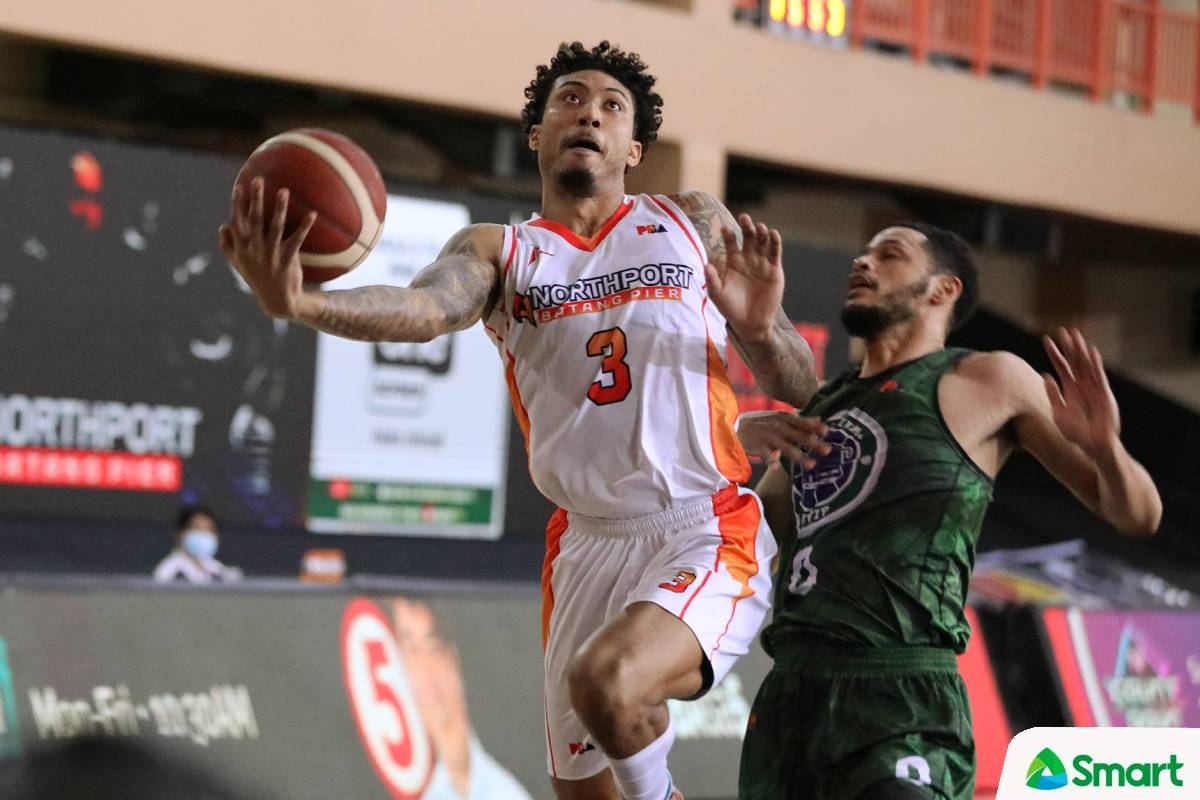 Rookie Jamie Malonzo put on a show as NorthPort ripped apart Terrafirma, 104-84, for its second win in a row in the 2021 Honda PBA Philippine Cup, Saturday at the Don Honorio Ventura State University Gym in Bacolor, Pampanga.

The uber-athletic 6-foot-6 winger scored eight of his 14 points in the second quarter, all of which came from highlight-worthy slam dunks that strongly emphasized the Batang Pier’s 33-point explosion in the said period.

Two of his jams were part of a 14-2 blitz, which turned a narrow six-point lead to a wide 49-31 gap with 2:43 left. The game was never in doubt since as they kept their foot on the gas on the way to their third win of the tilt.

Malonzo had five dunks all in all in a performance that saw him shoot 7-of-11 from the floor and collect six rebounds, two steals, and an assist.

Garvo Lanete top-scored for NorthPort with 18 points on four triples. Robert Bolick, who was also key in that second quarter surge, finished with 15 points, eight assists, and six rebounds in another all-around outing.

Sidney Onwubere chimed in 10 markers in the victory that saw the Batang Pier buck the ejection of Greg Slaughter, who was assessed with an F2 following a hard foul on Roosevelt Adams with 8:19 to go in the second.

NorthPort improved to 3-3 and is currently sitting at seventh in the standings. It now has its sights set on the skidding NLEX (4-4) tomorrow at 7:00 p.m., with the aim of stretching the streak to three to cap off a grueling week.

Adams, meanwhile, and Aldrech Ramos led the Dyip with 14 points apiece in the loss — their second straight after winning three in a row.