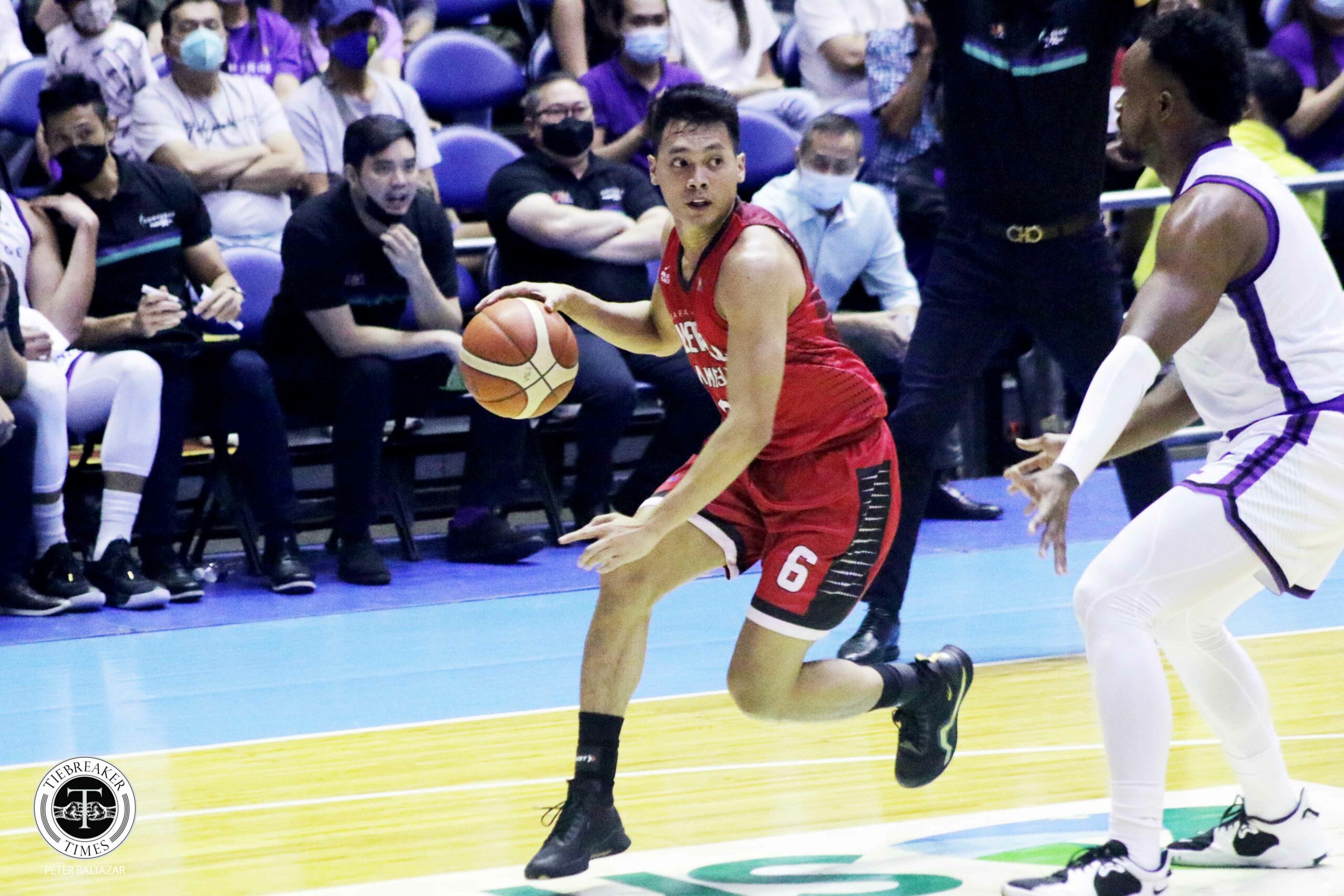 Nothing’s changed even without head coach Tim Cone as Ginebra took care of business by dealing Converge a 105-89 beatdown to once again gain a share of the PBA Philippine Cup lead, Friday night at the SMART Araneta Coliseum.

The Barangay unloaded a 10-0 run to turn a narrow three-point lead to 64-51 with less than five minutes left in the third quarter, and there was hardly any resistance from that point on as they earned their fifth win in six games.

Aiming to reclaim the Perpetual trophy they lost to TNT last season, the Kings are now tied at no. 1 with San Miguel Beer in the team standings.

“Converge coming off a tough loss, and kami naman coming off a big win against the same team (San Miguel) so we didn’t want to fall into that trap na we’ll take this team lightly,” said interim mentor Richard Del Rosario.

Japeth Aguilar provided 20 points and 11 rebounds, as Christian Standhardinger notched his own double-double with 13 points and 13 rebounds.

Stanley Pringle chipped in 11 points in 17 minutes as he has just returned from a hamstring injury. Young forward Arvin Tolentino was just a point shy from his own double-double with nine markers and 11 boards in the victory.

“I think the players are veterans and they have championship experience, they know that these are the games that are important,” Del Rosario said. “Hindi namin pwede pakawalan. I’m just happy that the players responded.”

Ginebra will play three more games without Cone, who is with the Heat for a gig as an assistant coach in the upcoming NBA offseason meet. It faces the winless Terrafirma next on Wednesday at 6 p.m. also at the Big Dome.

Allyn Bulanadi had 16 points to lead Converge, who fell to 2-5 after absorbing its second loss in a row after bowing to the Beermen last week.

The FiberXers will try to stay in control of their quarterfinal hopes against NLEX (4-2) on Thursday at 5;15 p.m. at the same venue.