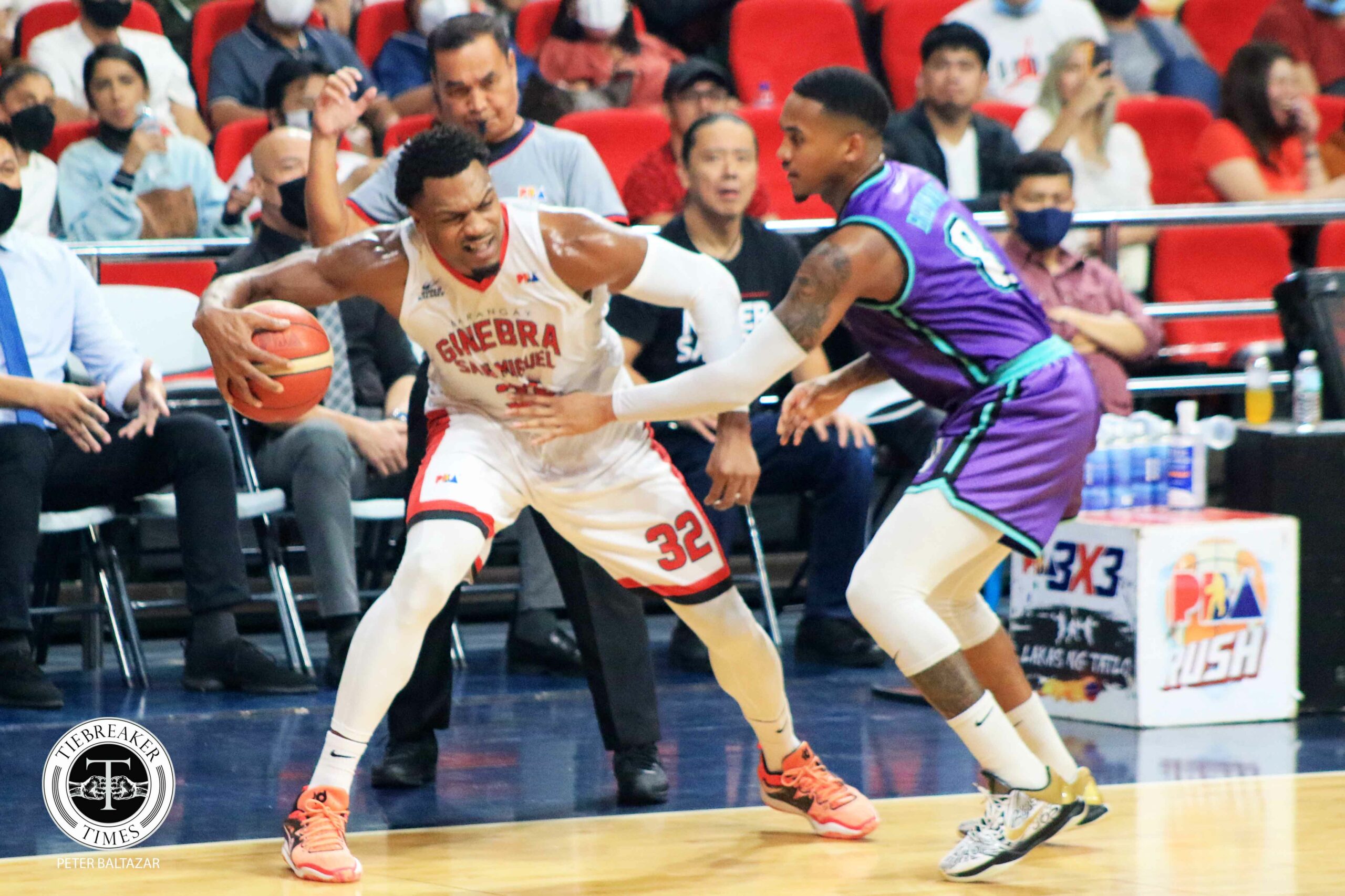 Ginebra further boosted its Top Two chances by crushing Converge, 115-96, to wrap up its elimination round calendar in the 2022-23 PBA Commissioner’s Cup, Wednesday evening at the Philsports Arena in Pasig.

The Kings unloaded 31 points in the second quarter to seize control of the match before breaking away for good in the final chapter en route to finishing the preliminaries with a 9-3 record while sending the FiberXers skidding.

Now, they have to hope for Magnolia to lose versus Rain or Shine on Friday to get the number 2 seed — and the remaining twice-to-beat advantage.

“We’re going to, sorry Mark [Barroca] and Rafi [Reavis] and all the guys I used to coach over there, but we’re going to be cheering madly against you on Friday,” quipped Ginebra head coach Tim Cone postgame.

“It’s out of our control. We’re not going to worry too much about it. Two and 3. We prefer 2, but we’re okay at 3. We’re just glad we didn’t slip down to seven or eight and have to play Bay Area or someone like that twice-to-beat.”

Justin Brownlee paced the Barangay with 25 points, 12 rebounds, and nine assists, hardly affected by the juggling act he’s been taking recently as he’s also been attending congressional hearings for his naturalization bid.

“In the playoffs, you definitely want to step your game up,” he said. “The whole conference, you try to work until you get into a rhythm and when the playoffs come, you want to be in your best shape and probably your best rhythm.”

LA Tenorio submitted his best game of the conference thus far with 14 markers on two triples, while Christian Standhardinger added 13 and eight boards.

The loss, meanwhile, dropped Converge to the fourth seed and will face the no. 5 San Miguel Beer in a best-of-three quarterfinal series.

Justin Arana led the FiberXers with a season-high 23 points and eight rebounds, taking the cudgels on a night the returning Quincy Miller was limited to just 16 markers on 16 shots — including an 0-for-6 clip from beyond the arc.

“Jamie and Aljon just did a really great job of scheming him and keeping him uncomfortable and never letting him get a rhythm,” said Cone. “Normally, he comes out and hits four or five or six three-pointers in a game.”

“And, they were just really focused on not letting him do that tonight. That took, I think, a lot of the other team — not being able to rely on what they normally get from the import,” he added.

Once the winner of seven straight, Converge finished the eliminations with back-to-back losses for an 8-4 record.