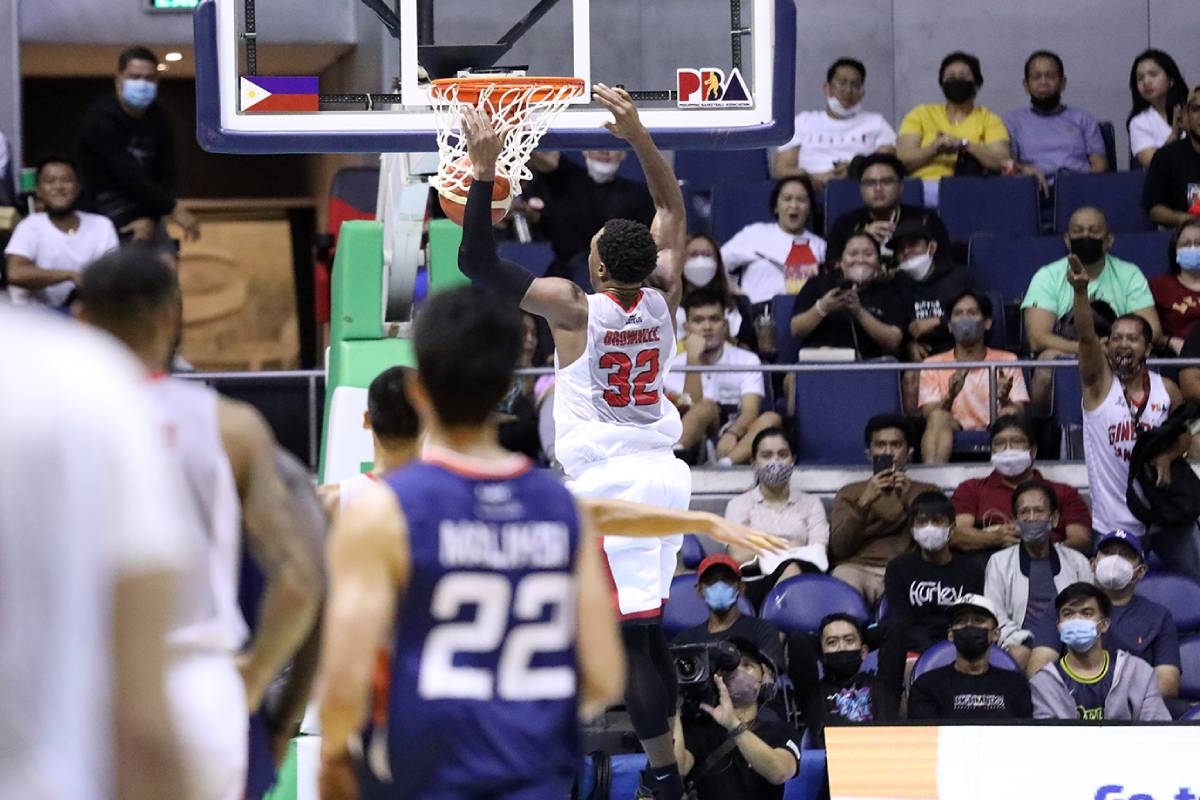 Ginebra bounced back from a dismal 2022-23 PBA Commissioner’s Cup opener by holding off Meralco, 99-91, Sunday at the Smart Araneta Coliseum.

Resident import Justin Brownlee led five Gin Kings in double-digits, scoring the team’s last eight points to finish with 34 points, five rebounds, four assists, and two steals to steer his side to their first win of the conference.

Stanley Pringle put up 16, while Scottie Thompson flirted with a triple-double and registered 15 points, nine boards and nine dimes for a Ginebra side that recovered from an uninspiring 71-93 loss to Rain or Shine to start off the conference.

“If we’re only going to show up and be good, there’s an opportunity for us to get beat every night. We’ve got to be great to have a chance to win every night. And we were much closer to great today and not even good last game. We talk about that a lot. And I hope the last game reinforced that idea for us,” Cone added.

Japeth Aguilar, Jamie Malonzo, and Christian Standhardinger all came away with 10 each as well.

Thompson’s all-around brilliance and Pringle’s hot start (12 points and four triples) in the first half served as catalysts to Ginebra’s early lead, but it was Brownlee’s production in the endgame that got them to the finish line.

Brownlee, who managed just 20 points on an awful 7-for-25 clip in the tournament opener, dropped 13 in the fourth, accounting for half of the Gin Kings’ production during the payoff period.

“Justin took us home in the end,” said Cone. “Scottie did a great job getting us ahead, and I thought Christian did a great job defensively, Japeth on the backside help, blocking shots. And Scottie with the energy. When everybody was kind of getting tired, you just saw Scottie go up to another level. But then at the end, Justin’s our finisher. He finished the game for us. That was really key.”

Meralco, which slipped to 0-2 in the tournament, relied on Johnny O’Bryant, who tallied 31 points, 16 boards, and four assists.

Allein Maliksi contributed 20 and four triples as the Bolts missed the services of Chris Newsome, who is dealing with a calf injury he sustained last Sep. 30 early in a loss to NorthPort.

Raymond Almazan also had a 10-point, 11-rebound double-double for Meralco, which started an import-laden conference at 0-2 for the first time since the 2014 Governors’ Cup.