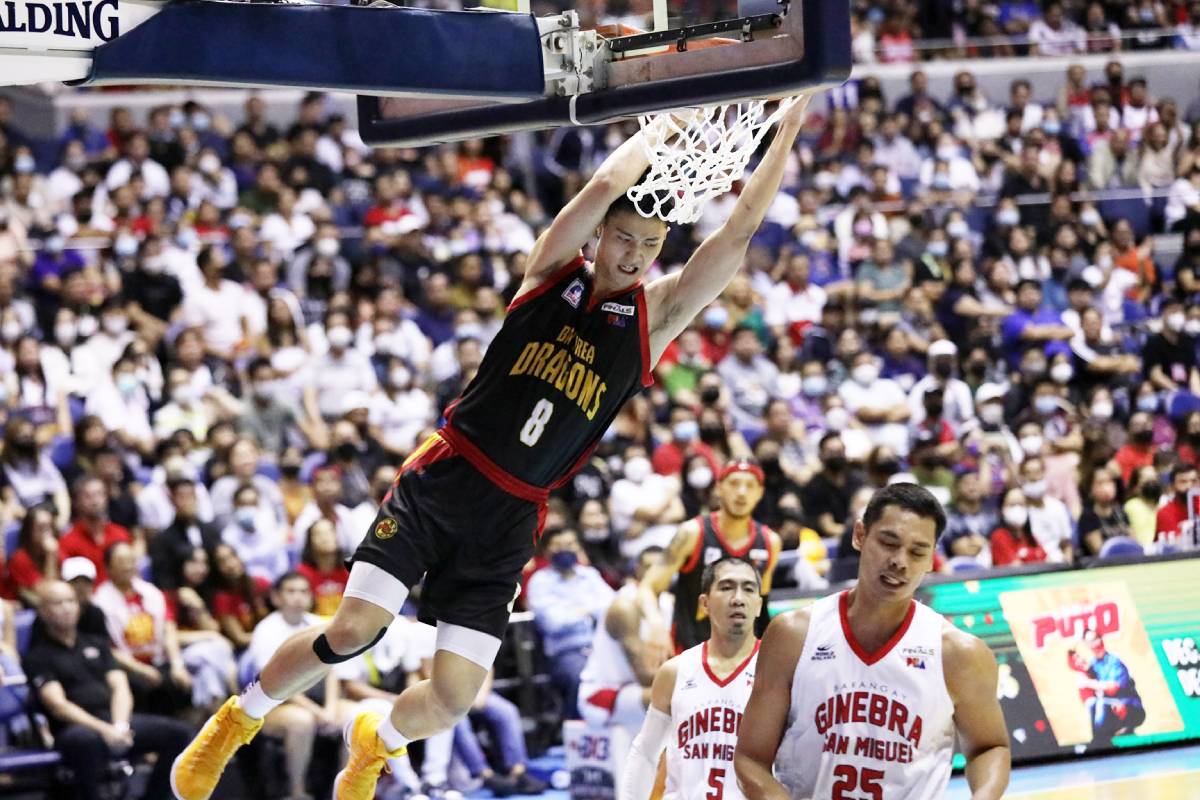 Bay Area got its usual suspects playing like their old selves again as the guest team finally got one over Ginebra, 99-82, to even the PBA Commissioner’s Cup Finals at one game apiece, Wednesday night at the SMART Araneta Coliseum.

The troika of Andrew Nicholson, Zhu Songwei, and Hayden Blankley all found redemption after subpar showings in the series opener last Christmas as the trio starred in helping the Dragons solve the Kings puzzle at least for one game.

“I said to the group, all of them, ‘Do what you did in the last game. Take your shots, you got my full backing.’ I’m gonna coach that other side of the ball — the rebounding, the defense,” said head coach Brian Goorjian.

Nicholson finished with 30 points and 15 rebounds after being held to a tourney-low 27 in the last game. Zhu, on the other hand, finished with 25 points, five rebounds, and six assists as he avoided foul trouble this time.

The two were key in Bay Area’s dominant first half, which saw the visiting team construct a 52-37 advantage entering the intermission. Zhu already had 17 while Nicholson had 14 just in the game’s first 24 minutes.

Blankley, for his part, tallied 17 points on a 70-percent clip from the floor, including 3-of-6 from deep after missing all nine of his treys the last time out. He also had seven rebounds, three assists, and five blocks.

Kobey Lam chipped in 11 markers as the four starters combined for 83 points in the victory that also snapped their two-game skid versus Ginebra.

“It definitely helps,” said Goorjian on how the win would help their confidence moving forward. “I mean, the losses mount up, and you’re pretty much, ‘Can we beat this team?’ So yes, it did help. But, it’s a series, and I’m just happy.”

The Barangay did show that NSD DNA by cutting the gap to just five early in the final frame but the quartet of Nicholson, Zhu, Ju Mingxin, and Blankley strung together nine straight points to restore order, 77-63, with 9:55 to go.

Bay Area would go on to lead by as many as 20 points, 99-79, following Zhu’s perfect trip to the stripe approaching the final two minutes.

“Tonight, we defended without fouling. We made the adjustments according to the PBA rules of playing [defense] without fouling. And to move forward, we gotta stay on that page,” said Goorjian.

Justin Brownlee carried the fight for Ginebra with 32 points and 11 rebounds as he only received minimal support, with Jamie Malonzo the only other double-digit scorer with 10 points and six rebounds in the defeat.

The league heads into a week-long break for the New Year before action resumes on January 4 at the Mall of Asia Arena for Game Three.