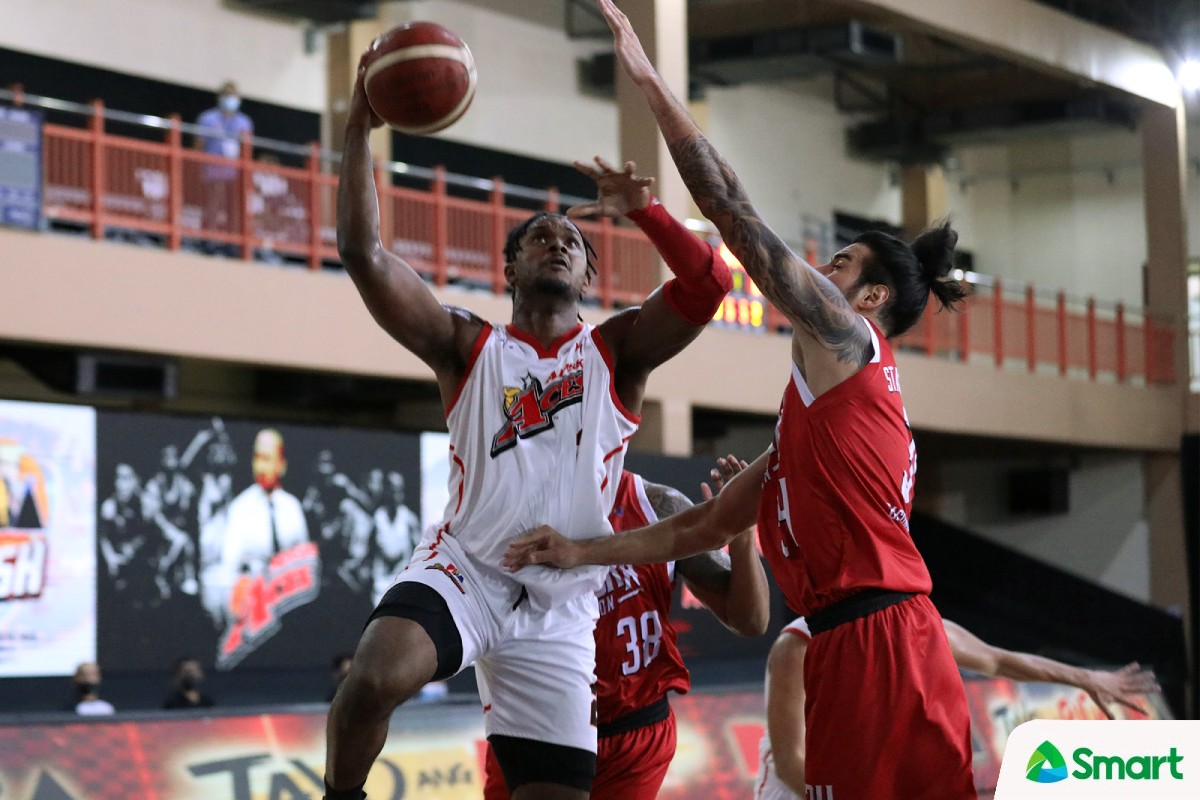 Back in action after two weeks of being under health and safety protocols, the Aces held their foes to just eight points in the opening frame while scoring 23. And that proved to be the prelude of a one-sided show in their favor.

Alaska not only returned to play but also on the winning track as it snapped its two-game skid to improve to 3-4, keeping its playoff hopes alive.

Veteran big man Rodney Brondial was just a point shy of a double-double as he made nine points and a team-high 10 rebounds.

Alaska battled a Ginebra side different from the one that came back and beat Phoenix last Wednesday, so sluggish that it only scored 25 in the first half.

That, according to league stats chief Fidel Mangonon III, was the lowest output by the franchise since mustering just 24 versus, coincidentally, the Aces in Game 1 of the 2013 Commissioner’s Cup Finals which they also lost.

“They maintained their composure throughout the whole game. We knew that Ginebra is an experienced champion team that we’re gonna have to be on point about, and for the most part we were,” Cariaso said.

The Aces, though, will have a quick turnaround. After Ginebra, it will face the top-seeded TNT tomorrow, before battling Terrafirma on Sunday.

“Today we survived, and then tomorrow is another battle that we’re going to face,” said Cariaso. “But for today, I’d like to commend the team, the players.”

Stanley Pringle led the Gin Kings with 20 points in the loss that dropped them to 4-6, which is the first losing record of head coach Tim Cone with Ginebra.

Scottie Thompson was the only other double-digit scorer with 17 points and 12 rebounds for the Barangay, who dropped to ninth place in the team standings — just below the Aces.

Ginebra only has one game left in the eliminations, which will be against rival Meralco. It is set for next week, barring any hitches.

#ReadMore  Joshua Umandal powers UST in dominant win against UP