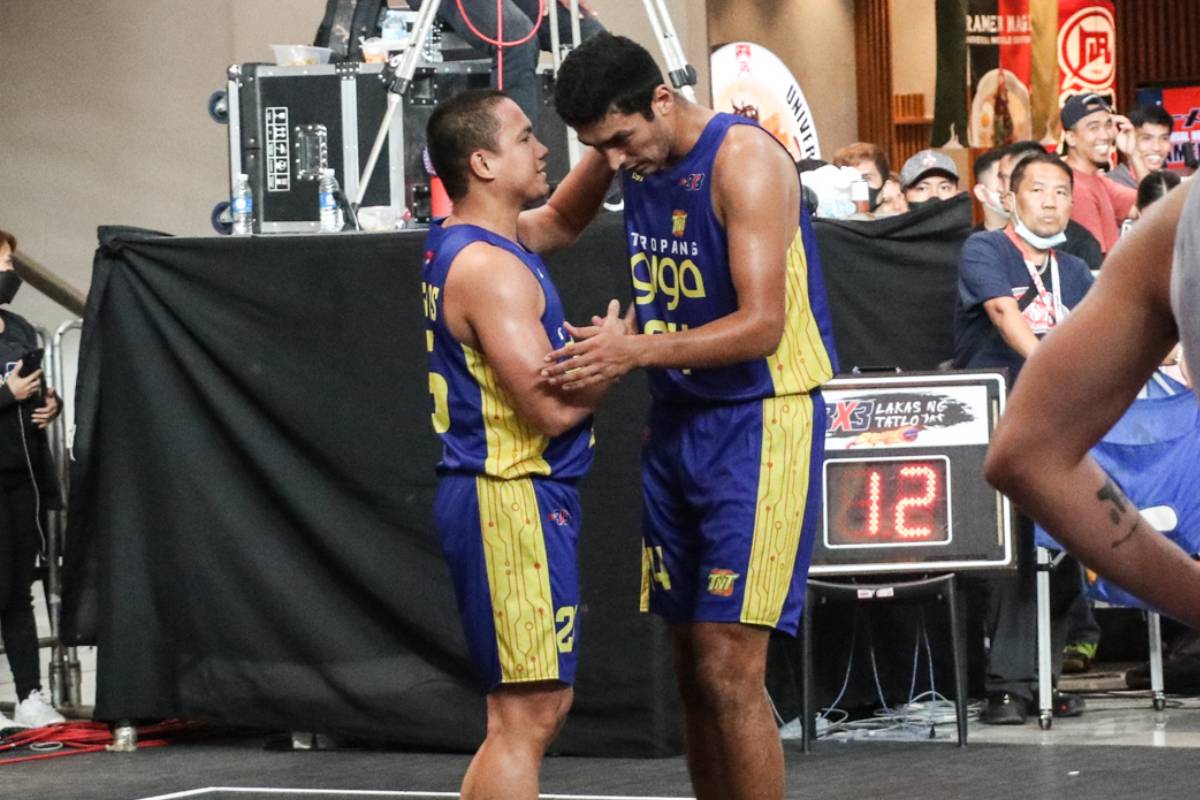 TNT lost no time regaining its lofty perch on top of the PBA 3×3, trouncing Barangay Ginebra, 20-14, to rule Leg 2 of the Third Conference Season 2 Friday at Robinsons Place Antipolo.

Almond Vosotros heralded his comeback from a week-long break by again leading the Tropang Giga’s charge, topscoring for 11 points and four rebounds as the telecommunication franchise won its sixth leg title for the season worth another P100,000.

The grand slam-seeking team also got valuable contributions from Chris Exciminiano, big man Lervin Flores and and new acquisition Luis Villegas, who had three points each in the rousing win.

The Tropang Giga is being coached by Mau Belen. 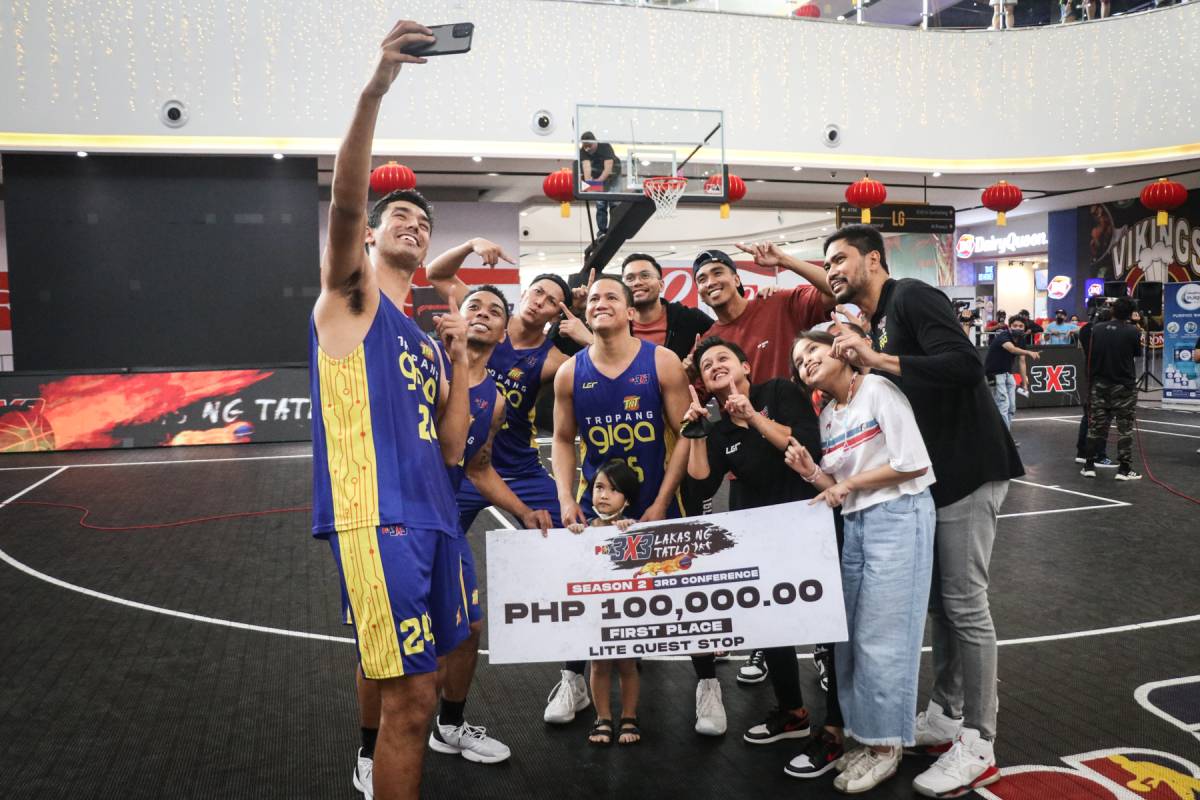 The Kings received the runner-up purse of P50,000 as they couldn’t complete a Cinderalla finish that saw them foiled Purefoods in the quarterfinals, 13-11, and Cavitex in the semis, 21-15.

Without Vosotros in the opening leg, the Tropang Giga made it as far as the semifinals, and then lost to Cavitex Braves in the battle for third place.

But with its top gunner back at the helm, TNT meant business in the playoffs right away, whipping Blackwater in the quarterfinals, 21-13, and then bundled out Meralco in the semis, 20-18.

Meralco salvaged third place with a 20-17 victory over Cavitex.

Alfred Batino had seven points and five rebounds for the Bolts, who pocketed P30,000. 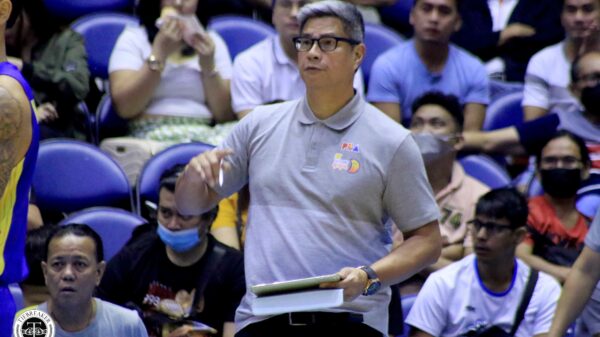