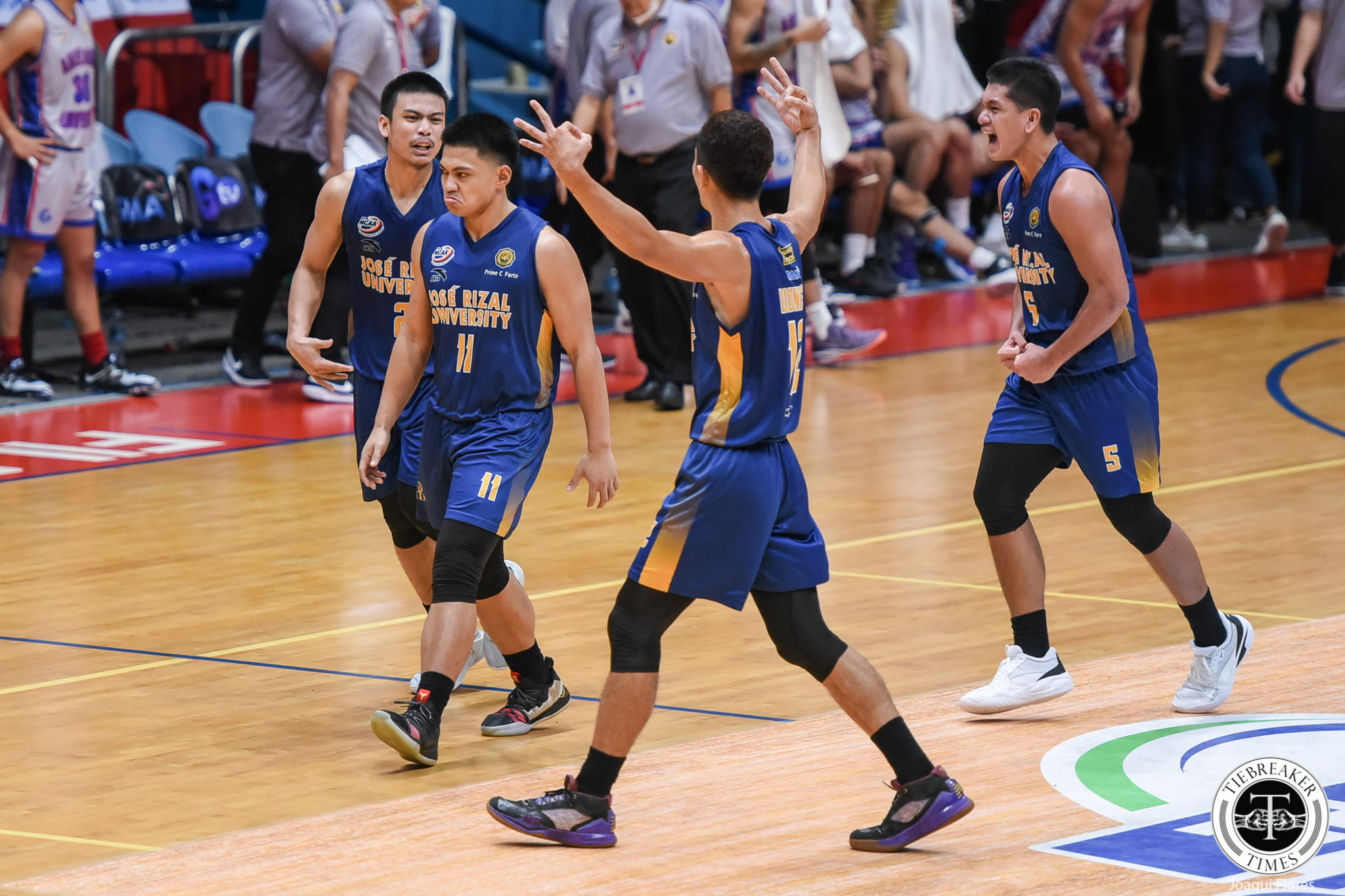 With the game tied with 4.8 second left, Dela Rosa knocked down a corner triple. That gave the Bombers a three point lead, 70-67. 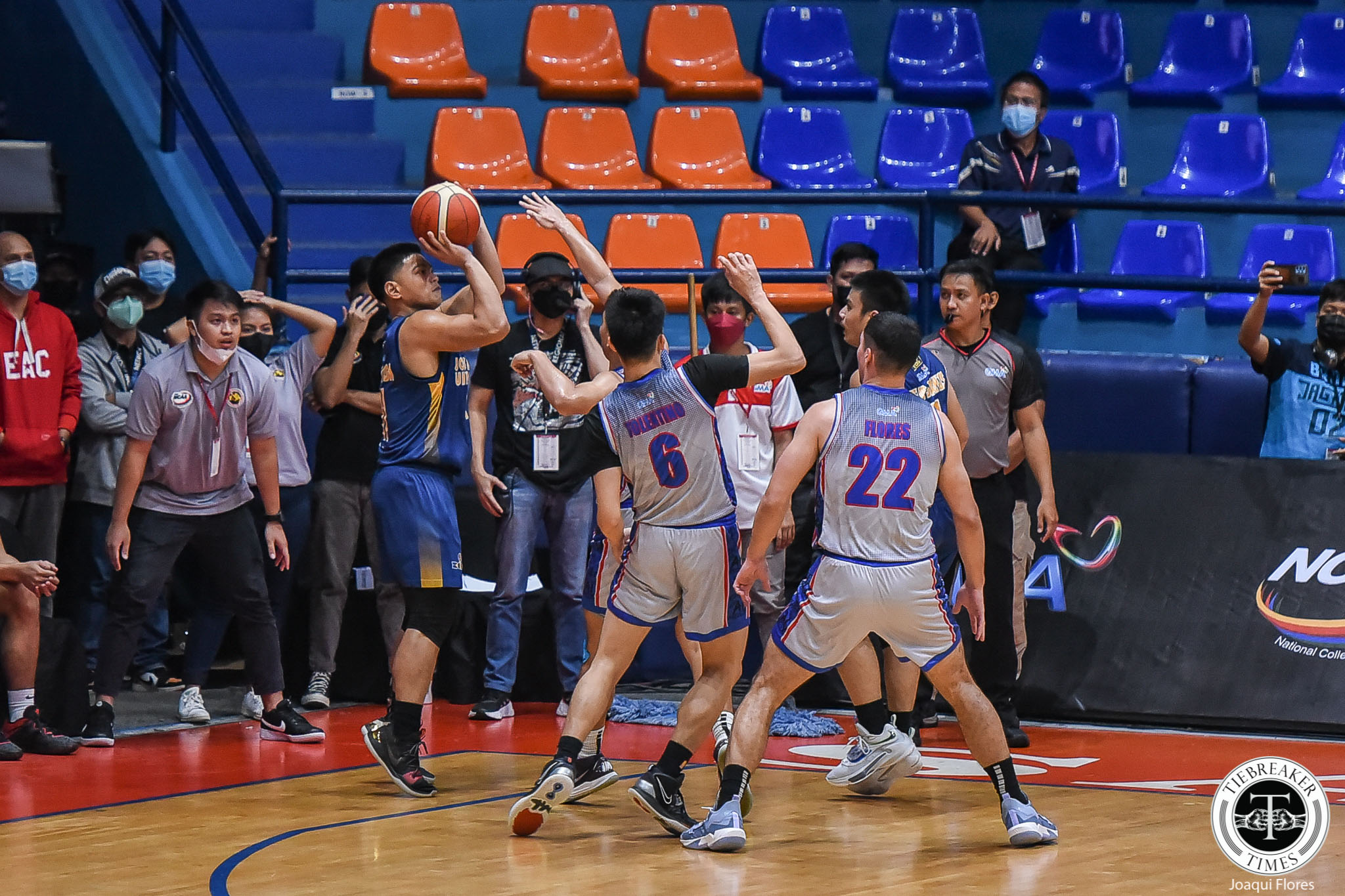 Coming from a timeout, JL Delos Santos then gave a tough challenge on a Cade Flores three-attempt.

Controversy happened soon after. Cholo Martin and the Chiefs walked out of the game with 0.3 seconds left, with Neil Tolentino still owed a free throw.

Tolentino eventually came out to finish the game off. 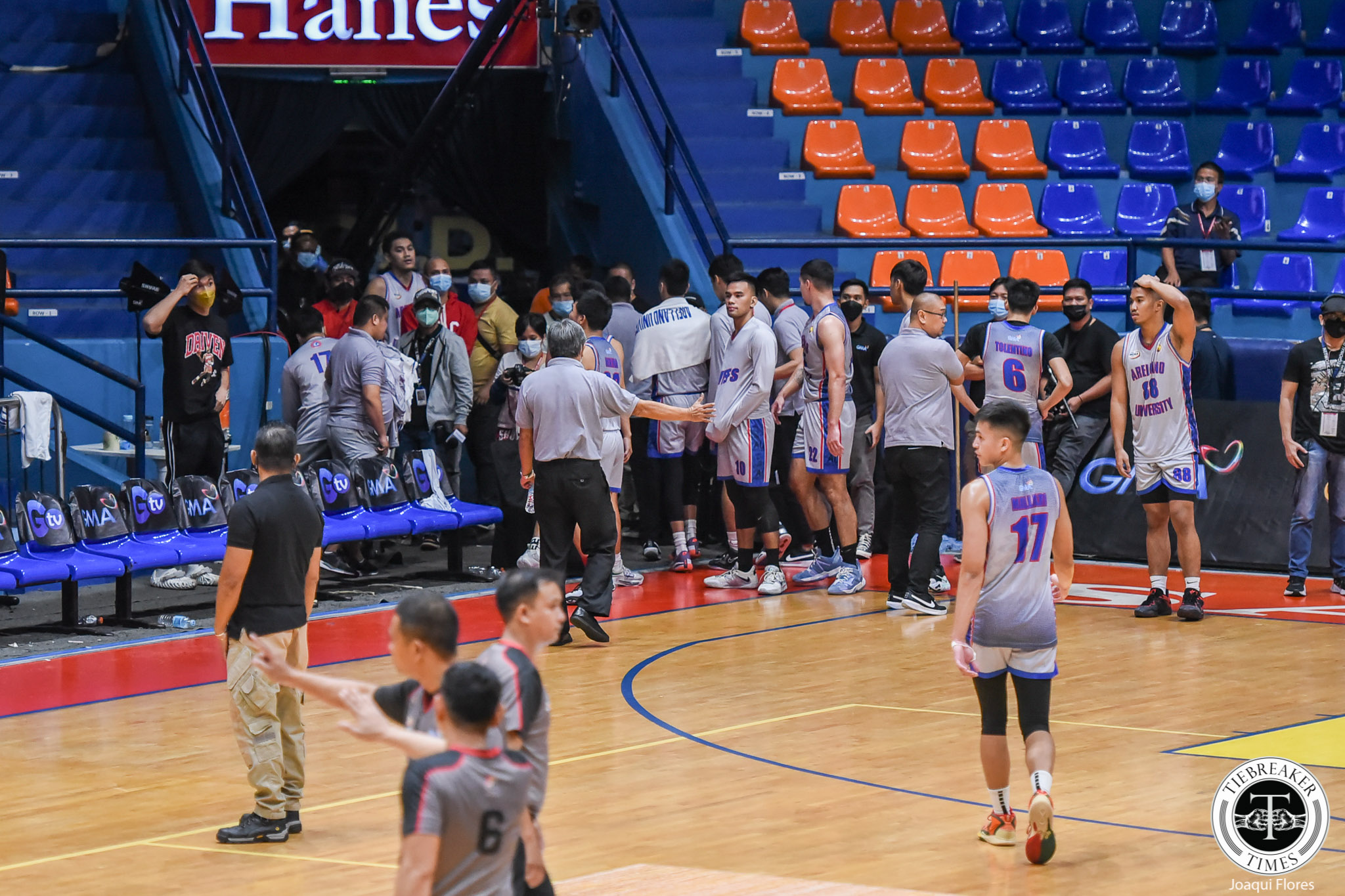 “And ako naman, alam naman ng players ko na we need to overcome ‘yung pagod namin kasi that’s the only way for us to compete,” he added.

The Chiefs were able to keep it close until Danielle Mallari was able to tie it as 67 after a bucket with 1:03 left.

Joshua Guiab paved the way for the Bombers scoring 17 points and 10 rebounds, and three assists. John Delos Santos also had a double-double of 10 markers and 11 boards.

William Sy and Marwin Dionisio had 13 and 12 a piece, both with six boards.

Up next for JRU is College of St. Benilde on Sunday at 3:00 PM. Meanwhile, AU will take on the same opponent on Wednesday at the same time.