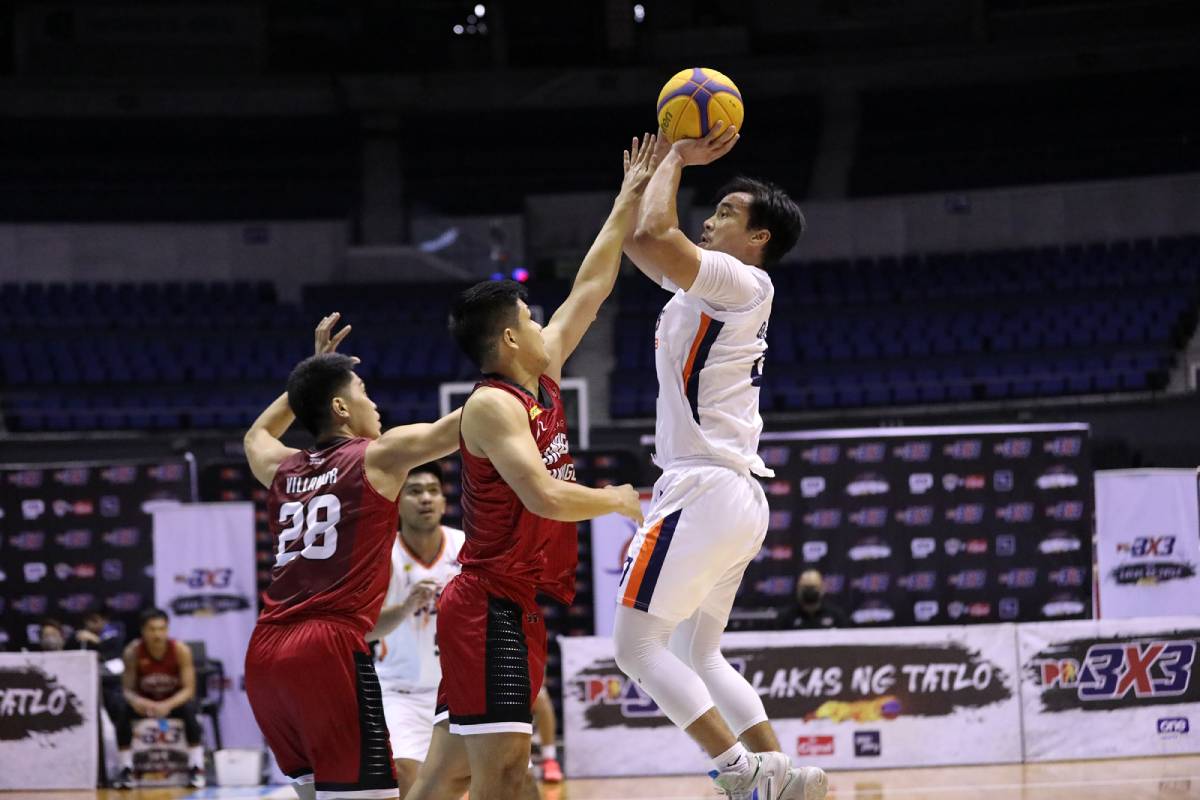 Meralco swept its way to the PBA 3×3 Second Conference Leg 6 quarterfinals after beating Ginebra, 20-16, Wednesday at the SMART Araneta Coliseum.

Tonino Gonzaga once again spearheaded the assault with eight points, as the Bolts clinched the top seed of Pool A with a clean 4-0 record.

Dexter Maiquez supplied seven points, while Joseph Sedurifa and Maclean Sabellina combined for five markers for the Leg 4 champions, who are looking to atone for their sixth-place finish in the previous stop.

Meralco will battle San Miguel in the next round. The Beermen beat CAVITEX in the knockout match, 21-15, to complete the playoff cast.

On the other hand, Encho Serrano finished with six points for the Barangay, who are still headed into the next round as the group’s second seed (2-2).

Yet to win a leg title, Ginebra will meet the No. 1 seed of Pool C in Purefoods Tender Juicy, who ended the elimination round unscathed as well at 3-0.

The Titans swept their pool with a narrow 21-20 win over CAVITEX to open Day 2, with Pao Javelona sinking the game-winning lay-up off a cut with 1:28 left. Joseph Eriobu carried the load on offense with 16 points.

Finishing at second in Pool C is Platinum Karaoke (2-1), who’s set for a collision course with Pioneer Pro Tibay, the top team in Pool B (3-0).

Pioneer went perfect following its 21-20 overtime win versus TNT. It won after Tropang Giga big Lervin Flores was called for basket interference when he inadvertently tapped the board in an attempt to disrupt Robin Rono’s shot.

Still, MVP Group’s crown jewel ended up as the pool’s No. 2 team, and will face Pool A third seed Limitless App in an early meeting between the rivals.

Looking to secure the top seed heading into the Grand Finals, the reigning grand champions salvaged the No. 3 placing in their group by handing Sista a 21-13 beatdown to cap off the round robin stage.