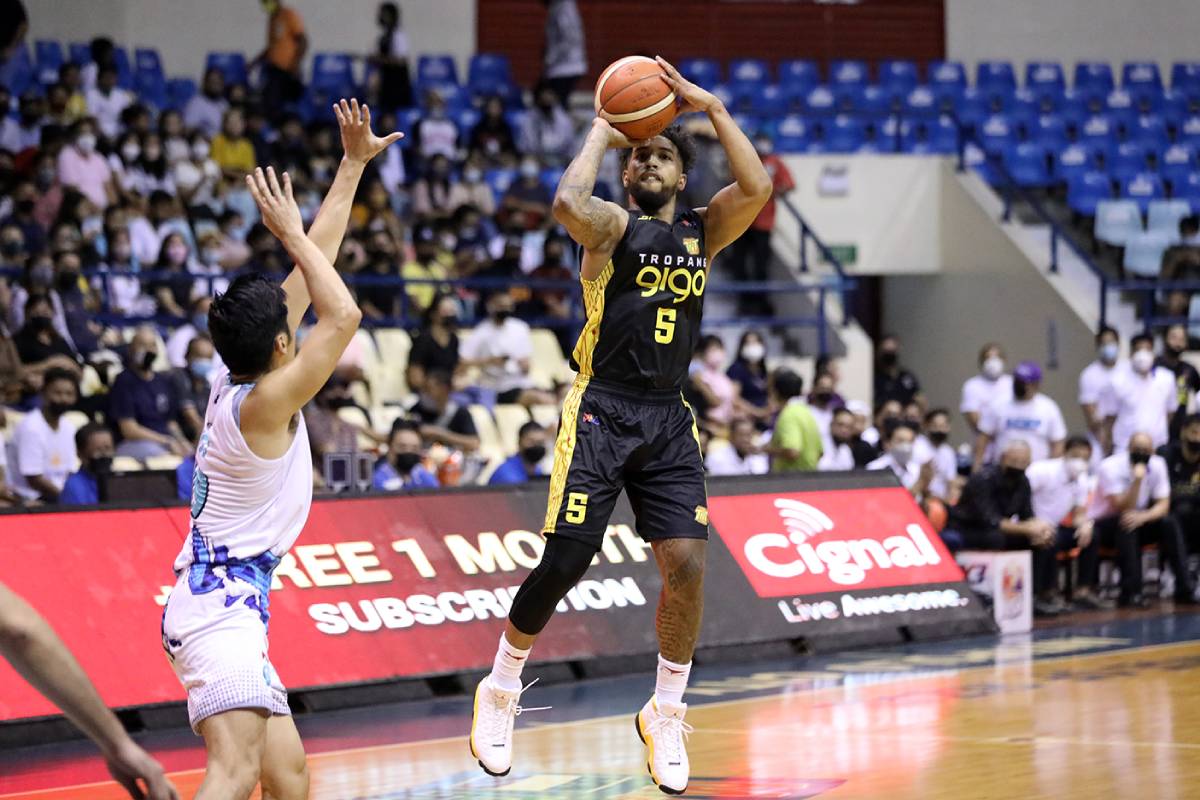 ANTIPOLO – Mikey Williams is back to his old, lethal form as he led TNT past Phoenix Super LPG, 87-72, for its third successive victory in the 2022 PBA Philippines Cup, Sunday evening at the Ynares Center here.

The reigning scoring king fired a game-high 27 points, 11 of which he made in the final period alone as he powered the Tropang Giga’s telling 10-0 run for a 73-61 lead with 7:37 left to break away and earn their fifth win of the tilt.

Now in his second game back, the 30-year-old shot 50-percent from the floor and racked up six rebounds, seven assists, and two steals as the flagship MVP Group franchise has moved closer from clinching a playoff spot.

“We just gave ourselves enough opportunities to get shots up, and you know Mikey, if you give him a lot of opportunities, he’s going to make those shots,” said head coach Chot Reyes as his side improved to 5-2.

Backcourt partner Roger Pogoy made his presence felt in the win as well with 20 points, his third 20-point outing of the conference. The veteran guard gave his side its biggest lead at 19, 87-68, late in the game.

Glenn Khobuntin was a point shy of notching a double-double with nine points and 10 rebounds as TNT managed to extend its winning streak despite the absence of top forward Troy Rosario due to knee issues.

“Wear and tear e. He has pain and swelling in his right knee and it seems there are bone spurs as well. He got his MRI, we’re gonna get the results tomorrow, we’re going to find out as well what the doctors are saying,” Reyes said.

TNT now only has four games left in its elimination round campaign, starting with NorthPort (2-3) on Wednesday, 3 p.m. at SMART Araneta Coliseum.

Meanwhile, Sean Anthony had 13 points and 14 rebounds to lead the Fuel Masters, who fell to their fourth loss in six outings.

Rookie Tyler Tio also had 13 points in the loss, where the team missed the services of lead big man Jason Perkins.

Javee Mocon had 12 points and 10 rebounds, while RJ Jazul added 10 markers as the four tried to carry the fight for a side whose main man Matthew Wright struggled with just three points on 1-of-11 shooting.