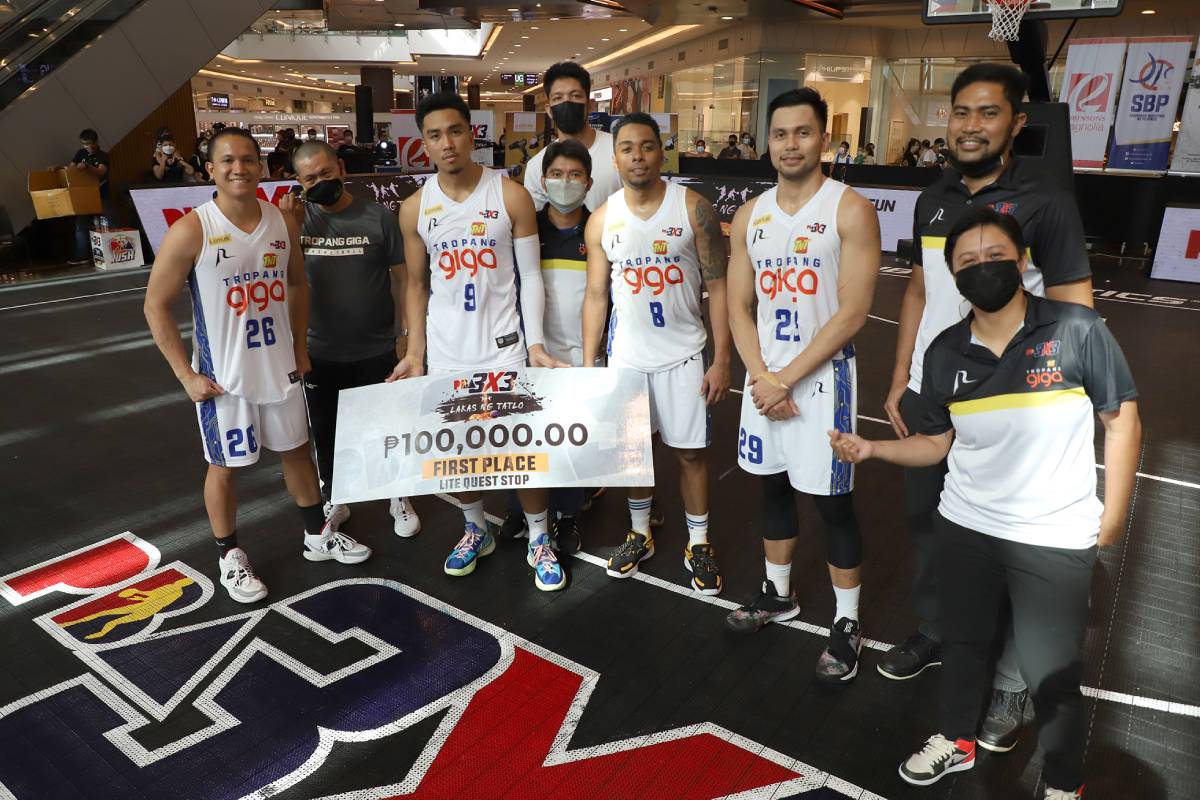 Gryann Mendoza proved his worth as he towed TNT past Ginebra, 18-15, to rule Leg 1 of the PBA 3×3 Third Conference, Sunday at Robinsons Magnolia.

The halfcourt newcomer came through in the clutch, converting a rare three-point play with 29.8 seconds left to give the Tropang Giga the lead for good after allowing the Gin Kings to storm back and tie the game at 14-all.

A part of the 5-on-5 squad before being relegated to the 3×3 team, Mendoza finished with five points in the win that netted them P100,000.

Samboy de Leon top-billed for TNT with seven points, playing a key role in his side’s strong 8-2 start into the match before Ginebra’s rally.

Reigning scoring champion Almond Vosotros supplied four points, while another first-timer Ping Exciminiano chimed in two markers as the Tropa won another opening leg like what it did in the previous two conferences.

TNT finished the leg unscathed across six games, where they finished the group stage atop Pool A at 3-0 before beating all three SMC teams — San Miguel, Purefoods, and then Ginebra — on the way to the crown.

Two of its wins actually came at the expense of the Barangay. It also beat the latter in Pool A action on Saturday by way of a 21-16 decision.

Leo De Vera had seven points to lead the Kings in yet another runner-up finish. Dennice Villamor made four, while former Tropang Giga guard Martin Gozum had three as they settled for Php 50,000 following the defeat.

Meanwhile, Joseph Eriobu saved the day once more as Purefoods escaped Meralco, 19-17, to secure yet another third-place finish.