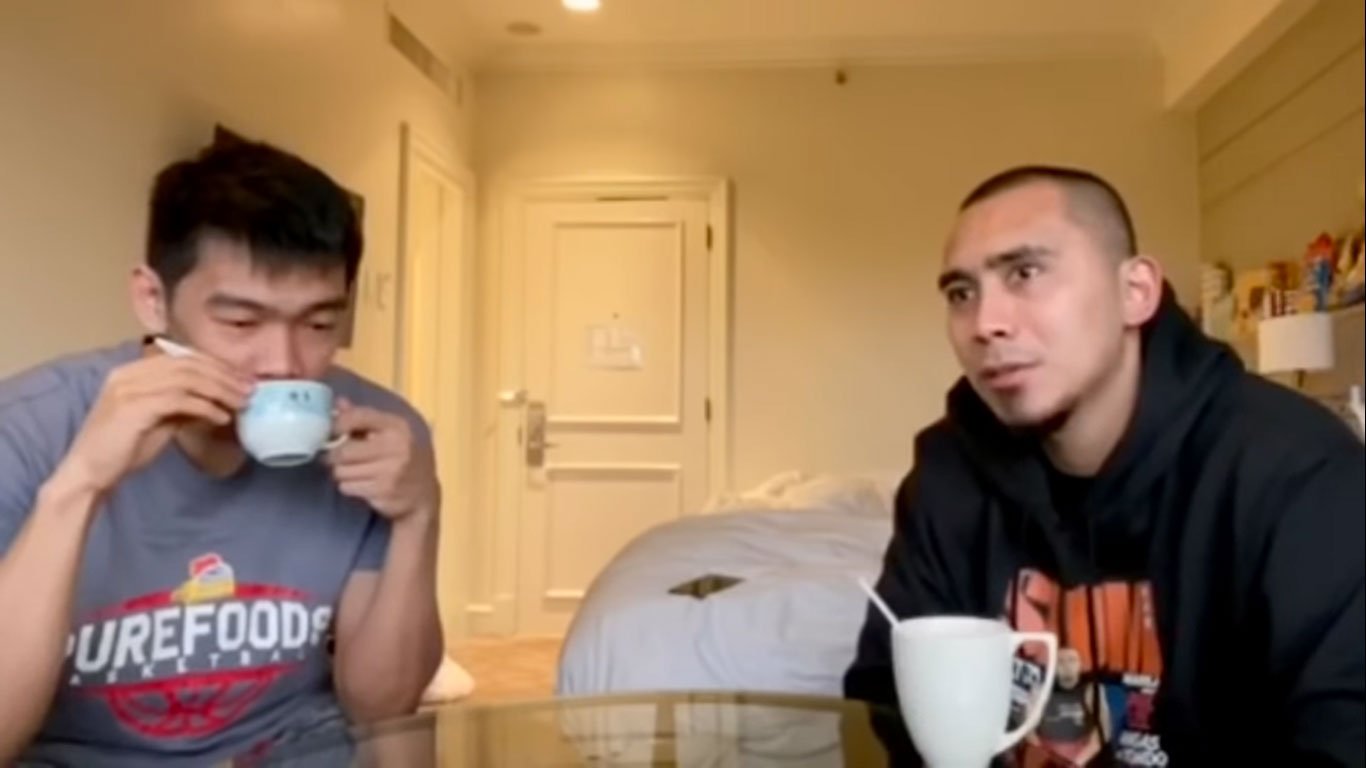 The ‘Pinoy Sakuragi’ won’t see action for Magnolia in the upcoming PBA season resumption in Clark, as Marc Pingris is reportedly nursing a foot injury.

The 38-year-old’s absence will be huge, since the Hotshots will be lacking veterans in the bubble after PJ Simon’s decision to retire recently.

Paul Lee knows it will be tough to carry on without Pingris. So, he expects ‘Pinoy Fukuda’ to step up in the place of the ‘Pinoy Sakuragi’.

Jackson Corpuz, that is.

Corpuz gained that label among fans last year since he resembles Fukuda, one of the characters from hit anime series Slam Dunk.

He not only turned heads due to his curly top hairdo, but also with how he was delivering the goods as Columbian’s top forward.

One of the league’s many creative fans in Brylle Co even made a poster pitting Corpuz against the ‘Pinoy Sakuragi’ himself prior to a Governors’ Cup match between the Dyip and the Hotshots.

It didn’t take long before the two cagers likened to famous anime characters found themselves playing for the same team.

Last December, the 6-foot-4 Corpuz was traded to the Hotshots in exchange for veteran slotman Aldrech Ramos in a one-for-one trade.

He then showed his value for Magnolia when he made 16 points and 13 rebounds against San Miguel in the season opener last March.

His efforts went down the drain, though, since they suffered a 78-94 loss. Still, he gave the team a glimpse of what he can bring.

Lee expects big things from Corpuz in the upcoming season, but he also knows Corpuz needs more time to integrate with the Hotshots.

The veteran cager then decided to take him under his wing by choosing him as his roommate in the bubble.

For the 31-year-old, this is his way of embracing the role of a leader to the younger ones, all for the benefit of the team.