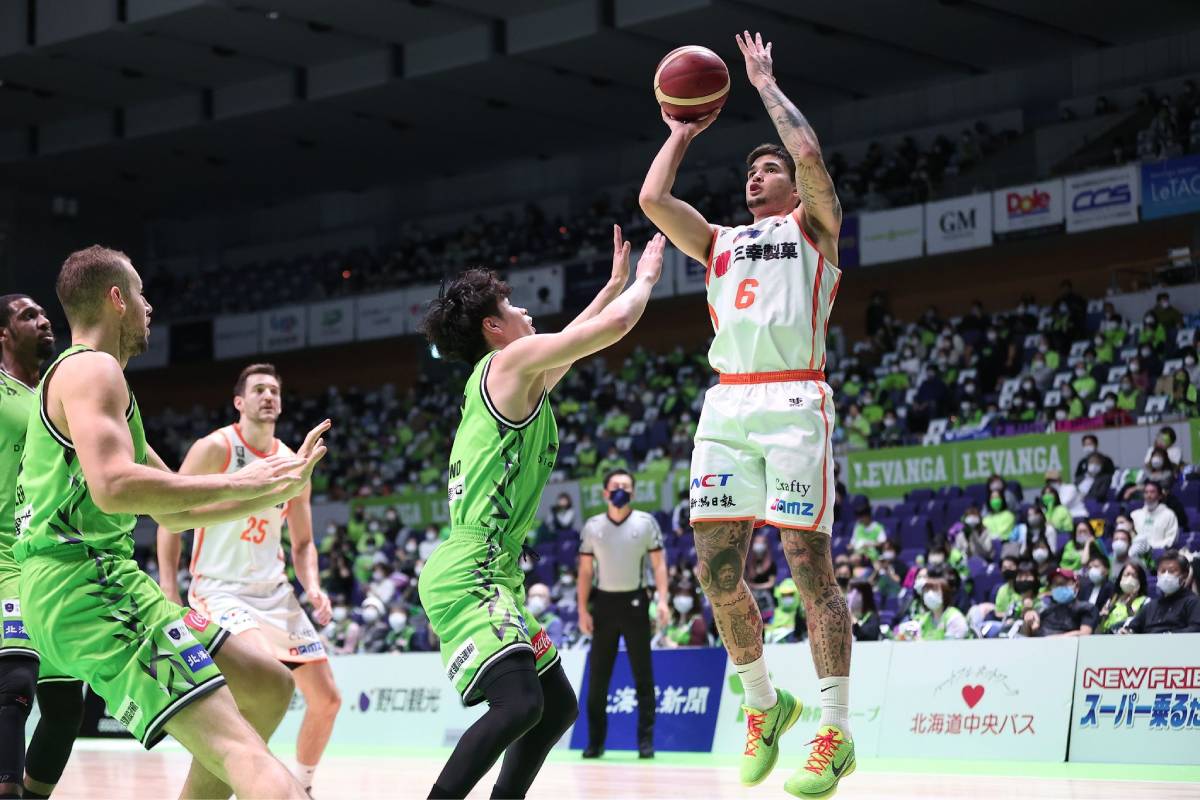 Kobe Paras and Niigata could not sustain their strong start, faltering late in a heartbreaking 69-72 loss to Hokkaido in the 2021-22 B.League season, Sunday at Hokkai Kitayeru.

Paras had 18 points on 50-percent shooting from the field with three rebounds, three assists, and a block.

Levanga recovered in the second frame that led to a thrilling finish.

Up 66-65 after a Yuto Ohmi three, De’Mon Brooks was able to answer right back with a trey of his own followed by a layup.

Rosco Allen scored a triple afterward to cut the lead down to one with 1:36 left.

Brooks, later on, was able to score off a Niigata turnover with 14 ticks remaining.

In the endgame, Rosco Allen decided to take a contested three instead of passing off to a free Paras on his left as. The three missed as time expired.

However, Albirex suffered their third straight loss to fall to 2-4. Also 2-4 are Levanga.

Shawn Long led Hokkaido with 22 points and eight rebounds, while Brooks had 18 points and six rebounds.

Paras and Niigata will host Mikawa on Friday and Saturday.